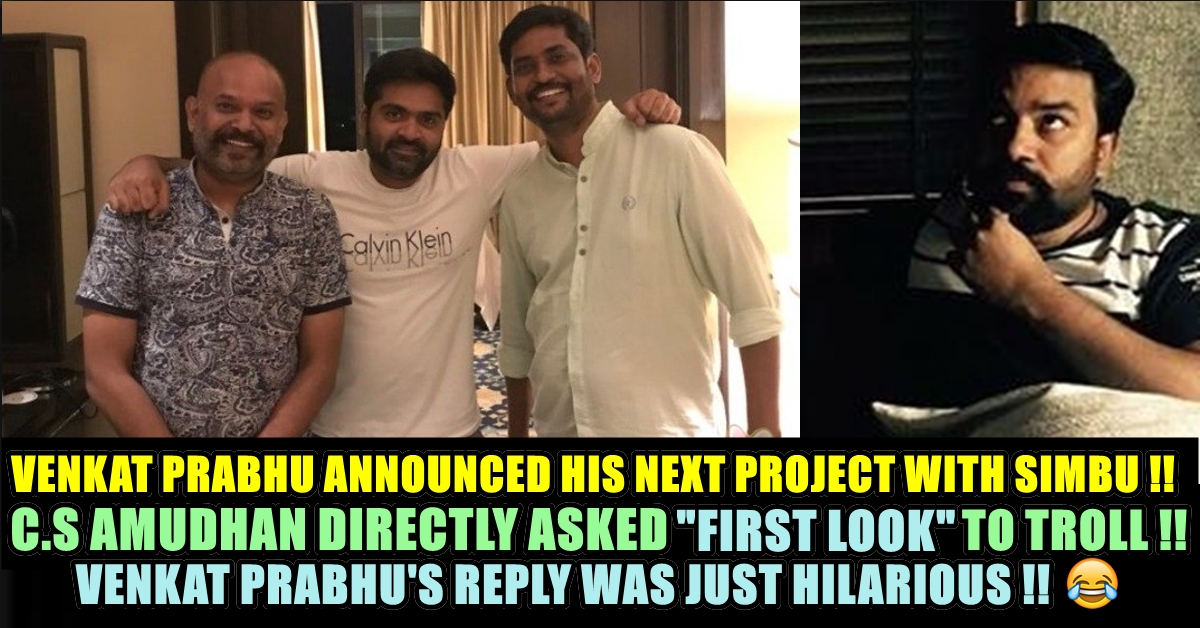 Sources said earlier that STR and Venkat Prabhu are in talks to do a film for producer Suresh Kamatchi. Recently, all the three met in Chennai and discussed for a possible collaboration this year.  The meeting is set to have proceeded smoothly and if all goes well, an official announcement on the film will be out very soon. Venkat Prabhu had long back tweeted that he would like to make Billa 3 with STR and Yuvan Shankar Raja combo so we the fans expected this new film is going to be the third installment of Billa. Last night Venkat Prabhu officially announced his collaboration with Simbu in his twitter account. He also confirmed that the producer is Suresh Kamatchi. Venkat Prabhu received an over-whelming response from the Simbu fans for this announcement. He also confirmed that it is a fresh script which denotes that it is not going to be the sequel of Billa. Check out his announcement below :

Yes it’s official!!!! My next is with my brother #Str produced by @sureshkamatchi #2019 #vp9 and it’s a fresh script!! Not a sequel!!! Artists, technicians, title and other details will follow!! Get ready to be rocked!!!! #superthrilled need all ur love and blessing as always!! pic.twitter.com/4zO083zbNi A minutes after this announcement C.s Amuthan the director of most awaited parody franchise of Kollywood “Tamizh Padam ” whole heartedly congratulated Venkat Prabhu. He did not stopped with the wishes. The founder of “spoof” films in Kollywood also asked for a first look to Venkat Prabhu saying that it would make this comfortable for him. Check out his tweet below :

But Venkat Prabhu didn’t stayed silent seeing C.S Amudhan’s tweet. He understood the sarcastic wishes and replied as “However I will release only after your release saar, thank you saar” which was liked by more than 1K twitter users. Here’s is his reply : Amuthan maybe the founder of “spoofs” in Kollywood but Venkat Prabhu the founder of Kollywood’s path breaking comic cult follow film Chennai 600028 which would be in the flavour of heavy sarcastic dialogues. Here’s the audience response for their hilarious conversation:

we want @actorshiva cameo role in #str9 with @vp_offl .vp bro any chances???😀

you are dangerous than tamilrockers 😂😂😂

What do you think about this announcement of Venkat Prabhu ?

To Escape From Arrest, Our PM Narendra Modi Covered Himself As A “SIKH” At That Period !!
SHOCKING : Mahath Caught Red Handed While Touching Yaashika Vulgarly !! You Won’t Believe Your Eyes !!