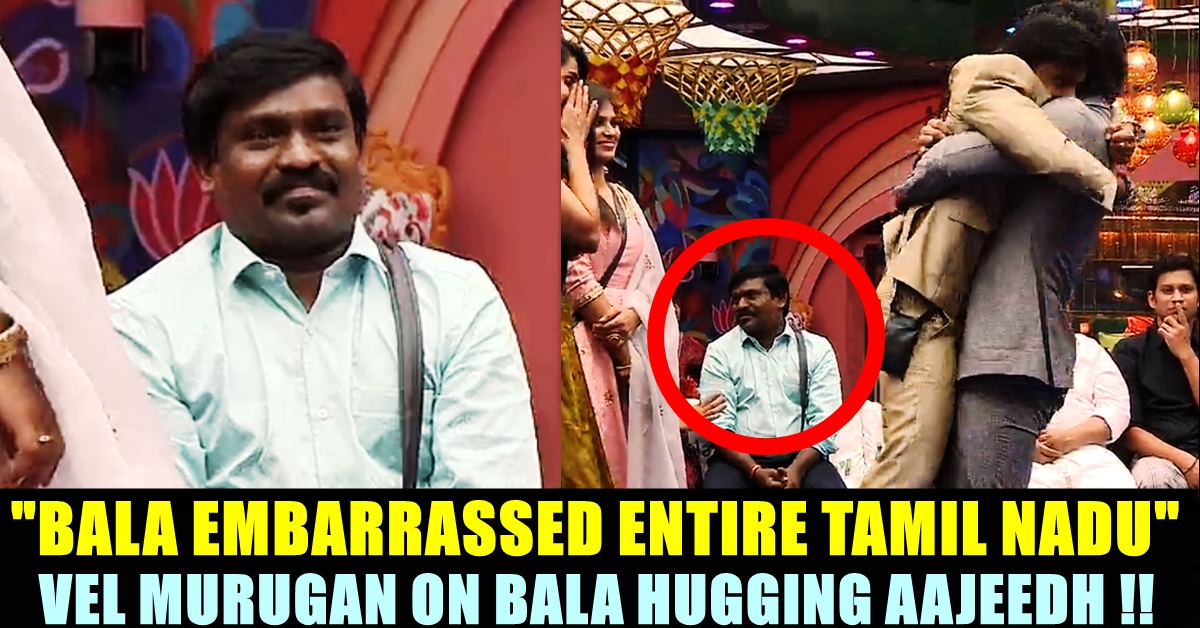 Veteran actress Rekha got eliminated as the first contestant and Aajeedh became the second contestant to get evicted by the votes of the people. However, he used the free pass he earned in a task provided by Bigg Boss to stay inside the house. Vel Murugan got evicted as the third contestant.

Now, in his interview with Cinema Vikatan , Vel shared about many of his experience with his housemates inside the Bigg Boss house. He said that he couldn’t swallow his eviction as he didn’t talk behind people’s back or created unwanted fuss to gain attention. “My children wanted me to win. I am bit disappointed that I couldn’t fulfill their wish. I still couldn’t why I got evicted as I didn’t involve myself in any kind of unwanted issues” Vel said in the interview.

Vel murugan said that groupism exists inside the house and people inside the house used strategies to evict certain people. He also made it public how people treated him. “They would talk to me without having no other choice. They won’t talk to me with their own interest.” said Vel murugan. “I always said to Ramya that I liked her very much from “Cooku with Comali” show. But she never responded to me.” said Vel Murugan.

“They avoided me for being dark and for not having English knowledge. But if a guy acts stylish and talks English, they would become friends, no matter what” Vel said. He also revealed why he always stayed away from Balaji Murugadoss, one of the contestant. The singer revealed about an incident that didn’t telecast in the Bigg Boss show.

“Though it will boost my support among the people, it is an embarrassment if he beats me” Vel Murugan said. “Rio, Ramya, Aari, Shivani, Bala would be the finalists” he predicted. Vel Murugan also recalled the incident where Bala hugged Aajeedh when it was announced that Vel Murugan is getting evicted. “It was not an embarrassment for me. People of Tamil nadu got embarrassed on seeing such gesture from him” Vel murugan said.

Vel Murugan is a South Indian Tamil film playback singer. He is known for folk songs including Madura in Subramaniapuram and Aadungada in Nadodigal and Otha Sollala in Aadukalam. Though his songs were loved, he managed to grab only a limited number of footage inside the Bigg Boss house which gave people less time to either love or hate him.

Youths Forced To Travel 80 Kms To Pick Up The Litter They Threw !!
Lakshmi Ramakrishnan’s Indirect Tweet About Vanitha After Her Break-Up !!