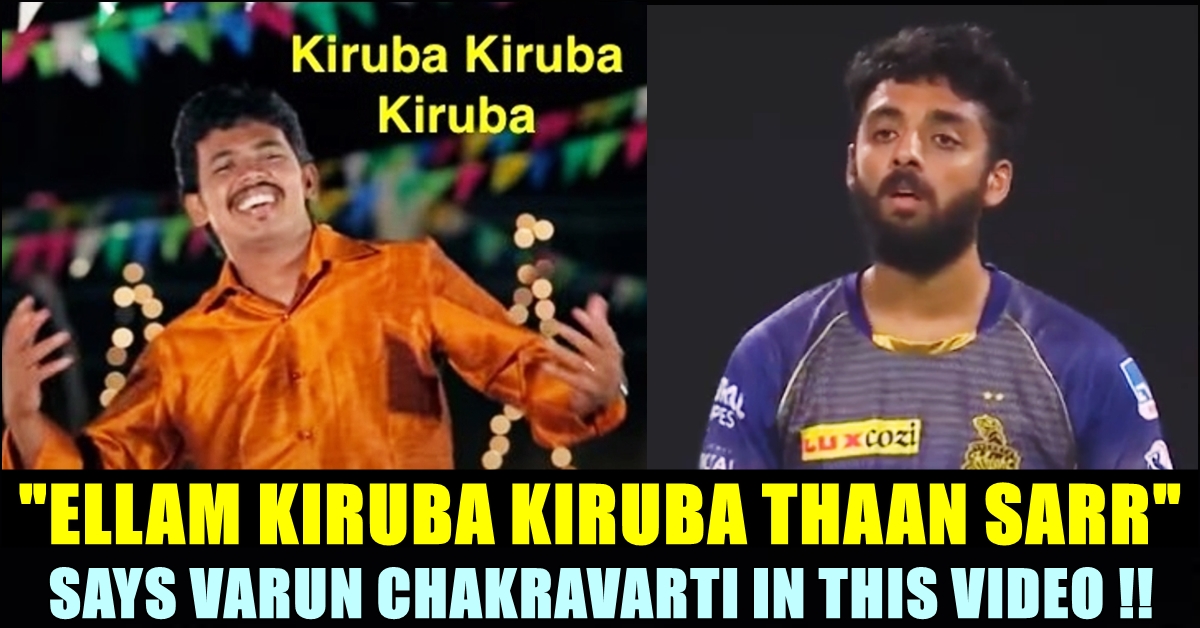 Varun Chakravarty got a call from team India to represent the national team in the upcoming T20 series with team Australia. This news has made waves in social media platforms with cricket fans who belong to Tamil nadu celebrating the youngster’s achievement. Not only Varun, pace bowler Natarajan has also got a chance to represent the team which made fans even more happier.

“I am sitting in my room and I am clapping loudly for Varun Chakravarthy and Mohd Siraj. Love these feel good stories. #PlayingforIndia” wrote Harsha Bhogle in a tweet to appreciate the youngsters whereas Harbhajan Singh wrote “Good to see Varun Chakravarthy getting picked for team india”

I am sitting in my room and I am clapping loudly for Varun Chakravarthy and Mohd Siraj. Love these feel good stories. #PlayingforIndia

Varun is currently playing for Kolkata Knight riders and impressed the selectors and audience by taking a fifer. Varun Chakravarty rose to fame by playing matches in the TNPL league with a bowling action resembling Sri lankan spinner Ajantha Mendis. He started his cricket career as a wicket-keeper in his school days. Then turned into a medium-pacer as he grew up before quitting a high profile architect job and eventually settled with bowling spin, thanks to his knee injury.

After Tamil nadu selectors enrolled him for the TN state side for the Vijay Hazare trophy 20198/19, he was snapped up by KX1P in the IPL auctions for a whopping sum of Rs.8.4 crores ahead of the 2019 season. The cricketer identifies himself as an ardent fan of actor Vijay. Recently, a picture of himself wearing the tattoo of Vijay’s “Thalaivaa” poster went insanely viral among Vijay fans. Read : Vijay Fans Can’t Keep Calm After Seeing This Tattoo Of A KKR Player !!

In a recent interaction with Bosskey, Varun requests him to make an arrangement to meet the “Gilli” actor. While talking about the journey he came through all these years, Varun asked Bosskey about a scene he did with Vijay in a film called as “Youth””. After that, when Bosskey asked whether he loves movies, Varun answers by saying “I love movies. Please tell me if there is any chance to meet Vijay sir. I want to see him” he says to Bosskey who did two films with Vijay namely “Youth” and “Sivakasi”.

Further Varun says that he is eagerly waiting to meet Vijay in person and requests Bosskey to make an arrangement. While talking about how he got a cap for Tamil nadu premier league, Varun humorously said “It happened as said in the recent viral song Kiruba”

Watch the video below from 12th minute for “Kiruba” part and from 24th minute to know about Varun’s love towards Vijay :

Let us wish Varun to have a successful career in the national team !!