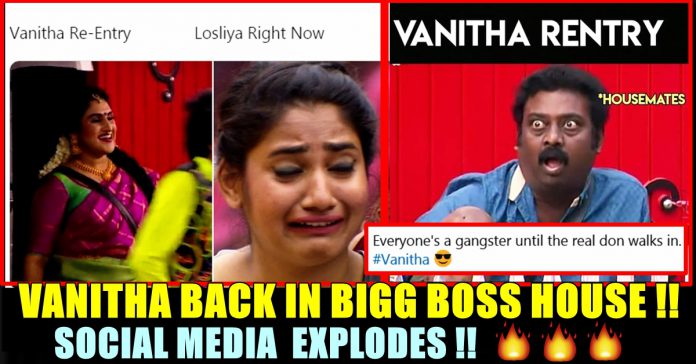 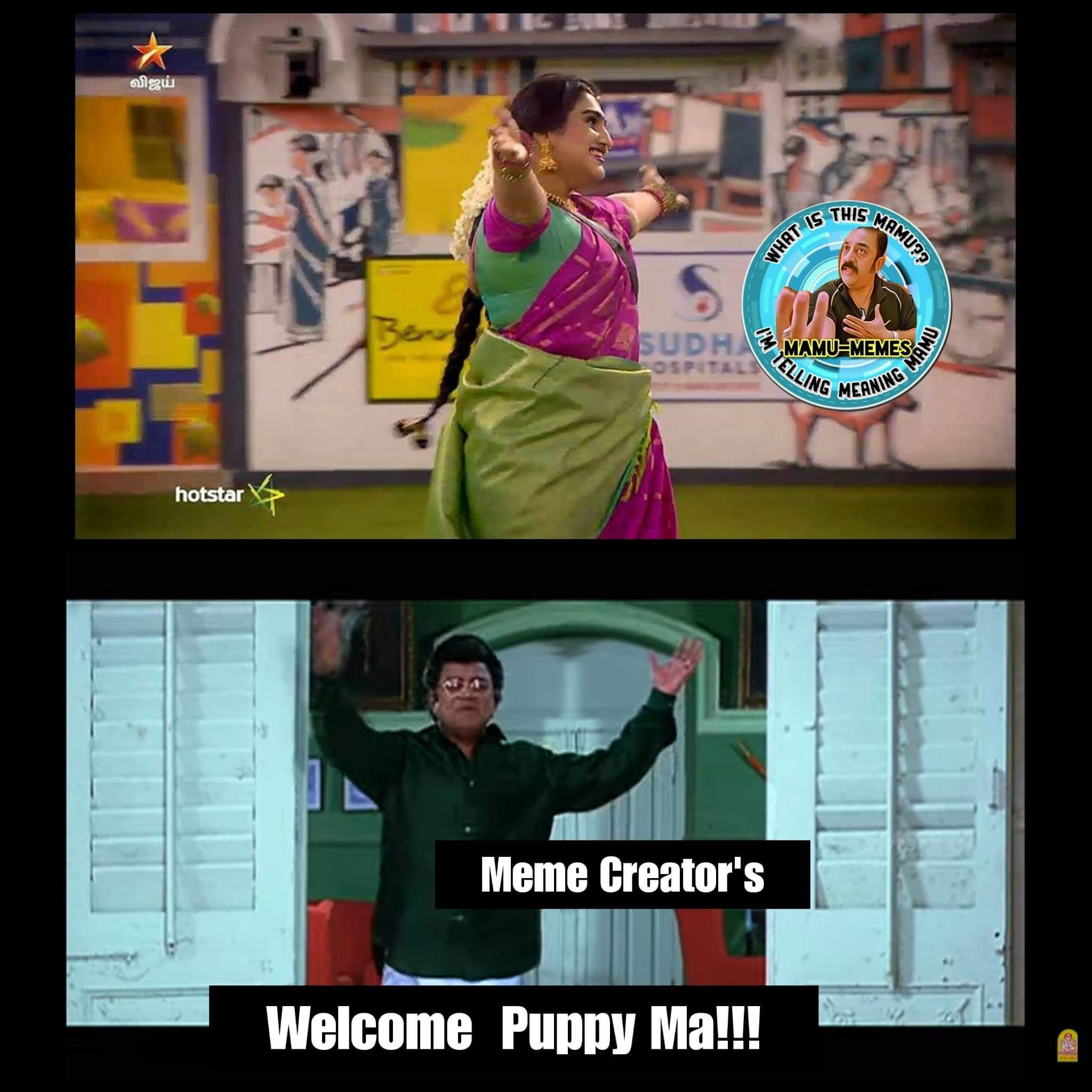 Now according to the three promos that got released today shows her making her entry into the house with in a celebration mode. In the second promo, Vanitha is seen thrashing the housemates, especially Kavin,  for the relationships they are having inside the house. In the third promo, she is seen criticizing the contestants for not really participating in the game reasoning their relations. 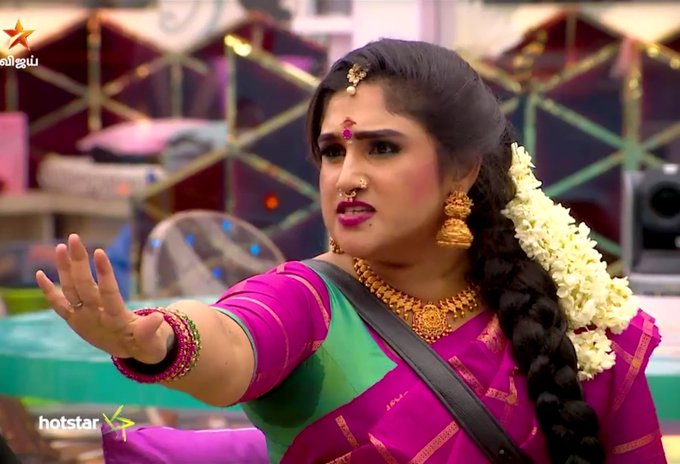 Meanwhile, the users of social media started reacting to the re-entry of Vanitha Vijayakumar. Few said that Losliya will be the most affected contestant because of the entry of Vanitha. Other set of fans slammed Vijay tv by saying that it is a cheap trick to increase TRP ratings.

#VanithaVijayakumar must ask sorry for her words to #Tharshan, its peoples opinion she doesn’t have rights to nag her nose in it and comment on him. He didnt request anyone to sacrifice for him. Very cheap words

Vanitha vijayakumar…seriously the words that comes out from your mouth is harsh woman. Cant u say it in a more polite manner. Promo 3#BiggBossTamil3

Thalaivi #VanithaVijayakumar is back and how!

People like her are annoying but highly needed for the show to soar high.

She can change the dynamics of the game with her dominance peppered with hypocrisy. #BiggBossTamil3

@vijaytelevision how lame can you all be by bringing back someone as toxic as #VanithaVijayakumar as a guest? Keep celebrating a bully like her! Seriously, BB is all about fights & love story only? Come on be more creative! #BiggBossTamil3

Let’s see now
She will be opinionated after watching the game from outside#VanithaVijayakumar#BiggBossTamil3 https://t.co/apIJGWf56h

Everyone’s a gangster until the real don walks in. #Vanitha 😎#BiggBossTamil3

What do you think on her entry ?? Comment your views below !!

Previous articleChinmayi Responds To An Abuser Who Termed Her Press Meet Video As “Hot Show” !!
Next articleFollower Slammed This Celebrity For Earning Money Through BIGG BOSS !! Check Her Reply !!