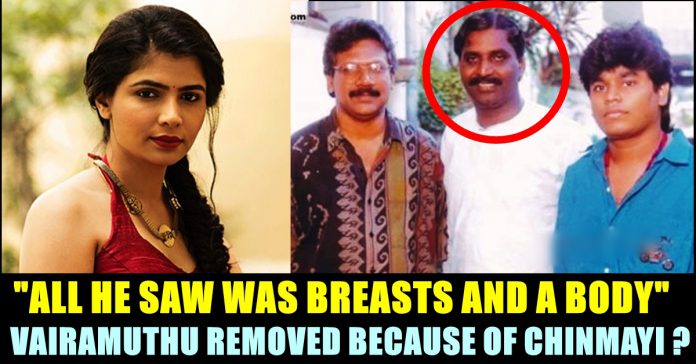 Ponniyin Selvan is one of the most expected project of ace filmmaker Mani rathnam. The director who concentrated on character driven drams for past few years is going to make an historical film for the first time in his career. The filmmaker has been trying to convert the popular novel to a film for past several years. The novel was written by Kalki Krishnamoorthy.

The latest buzz is that the shooting of Ponniyin Selvan will commence within this month in Thailand. It is said that the first schedule is expected to go on for about 40 days with the main cast. An official confirmation regarding the film is expected soon. The music of the film is supposed to be done by Oscar winner A.R Rahman.

The film announced officially announced its details on crew on 13th of December. However it didn’t contain the name of lyricist Vairamuthu which raised eyebrows of many cinema fans. The combination of Mani rathnam-A.R Rahman- Vairamuthu has a legacy and the trio is known for their sensational numbers.

Now, as the name of Vairamuthu was not mentioned in the crew details, two unknown sources confirmed to First Post that he will not work for Ponniyin Selvan due to the harassment complaints made against him. The makers of the film are yet to announce it officially.

Popular singer Chinmayi Sripaada has accused Vairamuthu by alleging that she was asked to “cooperate” and visit him in a hotel. In the wake of #MeToo movement, there are plenty of other women who have accused Vairamuthu on the basis on anonymity. But singer Chinmayi chose to tweet. She has recalled an incident that a concert organiser asked her to “cooperate” and visit Vairamuthu in his hotel room. She said this happened in 2005 or 2006.

Now as the news of his exit from “Ponniyin Selvan” is doing rounds, Chinmayi reacted to it in her official Instagram account. In her post she said that she saw Vairamuthu as a father figure but his hands reached her to grope her instead of blessing her. “All he saw was breasts and a body” said the singer who said none of the girls whom he harassed needed his hands on them. She added that she praised him only to remind him about his good qualities. “Who knows whether he’d write or not. Who knows what he was, what he is and what he will be. To me, he’ll always be the molester whose abuse I normalised. He’ll remind me of my silence.”

This man. And his hands. When I thought it were the hands like that of a father figure; of a mentor that reached out to bless me. But they groped me instead. All he saw was breasts and a body. I didn’t want his hands on me. Neither did other girls who looked up on him as a father figure. Confused as I was. Did I misunderstand, I thought. Normalised abuse for years after. Praised my abuser because ‘Remind a bad man of how great his good qualities are and he’ll remember them when he sees you again’ logic… Apparently that was the wisdom of the ages. Who knows whether he’d write or not. Who knows what he was, what he is and what he will be. To me, he’ll always be the molester whose abuse I normalised. He’ll remind me of my silence.

The actress who got banned from dubbing from Tamil film industry after accusing Vairamuthu, got a chance to dub for the lead lady of “Hero” movie recently and thanked the film’s crew.