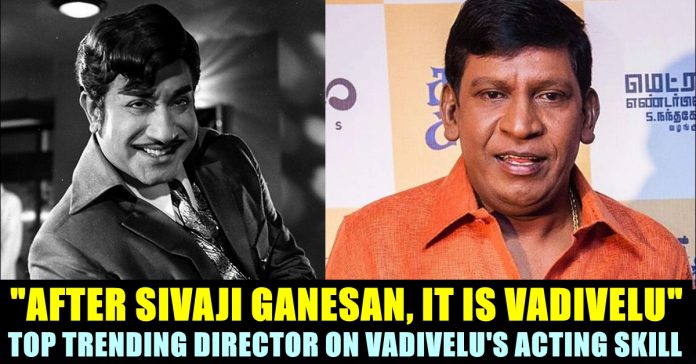 Vadivelu is not just a name among Tamil meme nation but an emotion. Being one of the celebrated comedian among Tamil audience, Vadivelu has worked in more than 200 films as a comedian and as a lead actor. He became an integral part in the daily lives of people with the emergence of social media in the early 2010s. Most of the memes were created with relevance to his popular comedy clippings, thanks to his natural acting and his unique skill of relating with people’s emotions through his expressions.

Starting as a sidekick to the famed Goundamani-Senthil comedy duo, Vadivelu rose to prominence after his role in Kadhalan, a Shankar directorial. Above his ability of making people laugh effortlessly, Vadivelu is one a best actor Tamil cinema ever had. While praising his comedy scenes and his unique rural slang, we all forgot to celebrate the actor in him. Now, national award winning filmmaker Vetri Maaran who is known for making quality films, in his recent interaction with a popular youtube channel, has declared Vadivelu is the best actor in tamil cinema after Sivaji Ganesan.

In the 55 minutes long video which is streaming in Film Companion South youtube channel, Vettri interacted with world cup winning cricketer Dinesh Karthik and his fitness trainer Basu Shankar. The filmmaker answered to many of the questions shot by the Karthik and Shankar in a genuine way.

When Basu Shankar asked Vetri Maaran to tell his favourite genre, Vetri Maaran, without a second thought, said “Of late, for the past few years, I have been watching lot of Vadivelu comedies. That is the maximum I watch. I am also watching Kalakkapovathu Yaaru show in Vijay TV. For last four five years, I have been only watching comedies. I don’t know whether it is a detox process or what” the filmmaker said.

Further when the filmmaker was given a chance to choose between Vadivelu and Goundamani, Vettri immediately uttered Vadivelu’s name. When he was asked on what made him to choose Vadivelu, Vettri said “After Sivaji Ganesan, I find Vadivelu to be a very original actor”

Known for his knowledge in literature and for following world cinema, Vettri Maaran is one of the most important face of Indian cinema. While many people are recognizing Vadivelu as a mere comedian, Vettri, as a director, managed to find the actor in him.

Being one of the most talented directors of Tamil film industry, Vetri Maaran’s most recent venture Asuran became a massive blockbuster. Vetri directed Danush four times in his career so far in his filmmaking career which spans more than 10 years. He won national award for his film “Aadukalam” under best director category. His film Visaaranai also won national award for best feature film in Tamil. Visaranai is India’s official entry to Oscar but failed to get nomination. The filmmaker is going to direct Danush in the sequel of Vada Chennai which marks his fifth directorial in Tamil cinema. He is also making a film having comedy actor Soori as lead and we can expect him directing Vadivelu in a full length feature film soon as the veteran comedy actor is eyeing for a strong come back.