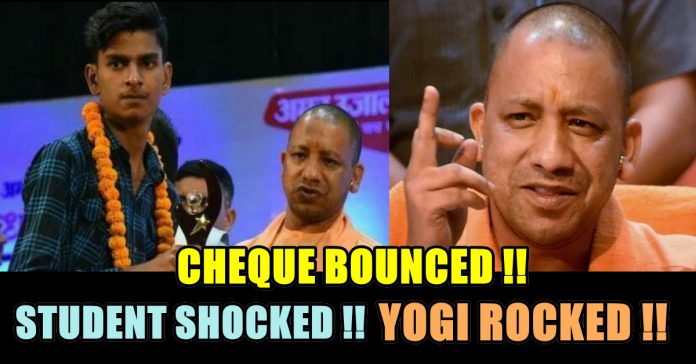 It was a case of celebration-turned-disappointment for the UP Board Class 10 topper. After he was given a cheque of Rs 1 lakh by UP Chief Minister Yogi Adityanath for securing 93.5% and coming seventh in the state, Alok Mishra was fined by his bank after the cheque bounced.

According to News18, Alok, who was ranked seventh in the state, was invited to a function in Lucknow where Adityanath presented him a cheque of Rs 1 lakh for his hard work and achievement. 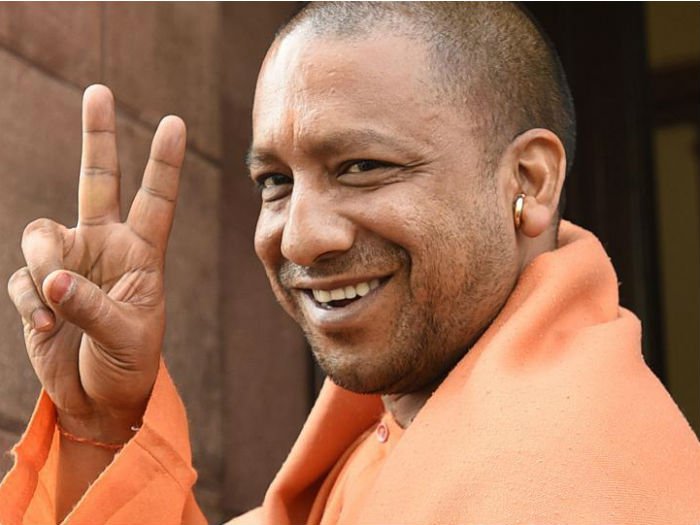 “The cheque given to the meritorious student was issued by the signature of District Inspector of Schools, Barabanki, Raj Kumar Yadav and belonged to State Bank of India departmental account. The cheque numbered 974926 was then submitted by Alok’s parents in his account in Dena Bank in Hazratganj area of Lucknow on 5 June 2018,” the report added.

However, when the money did not get credited in Alok’s account, he contacted the bank and came to know that the cheque has bounced. The reason for the cheque bouncing was a mismatch of signatures. Now a new cheque is being issued to Alok, who was made to pay a penalty to the bank because of the incident. 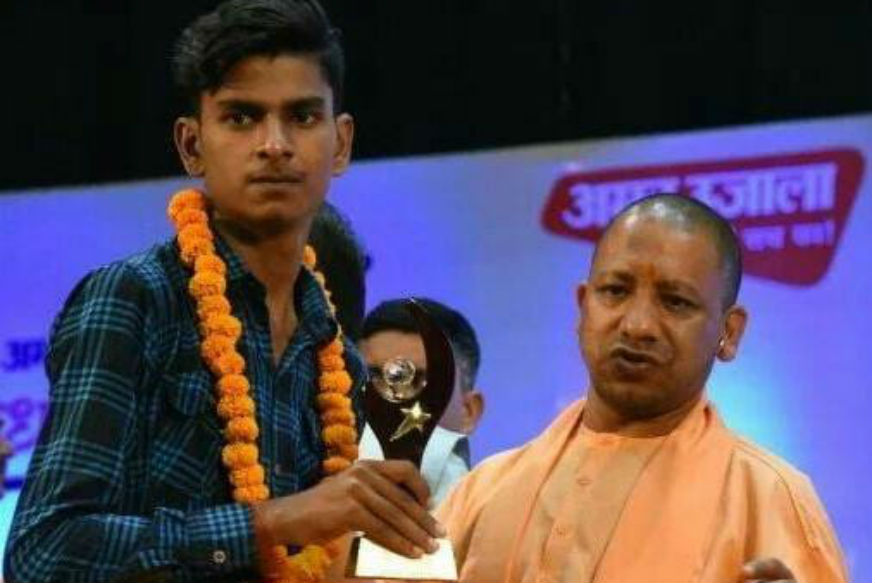 Speaking to News18, Alok said, “I was really happy to receive the cheque from CM sir. Two days after submitting the cheque in the bank, we came to know that it had bounced after which I was a little disappointed.”

The reason stated by the bank for bouncing of the cheque was stated as mismatch of the signatures. DIOS, Raj Kumar Yadav said, “The reason for cheque bouncing has been told as mismatch of signature. However, no other student has come up with a similar complaint as of now. New cheque has been issued to the student.” 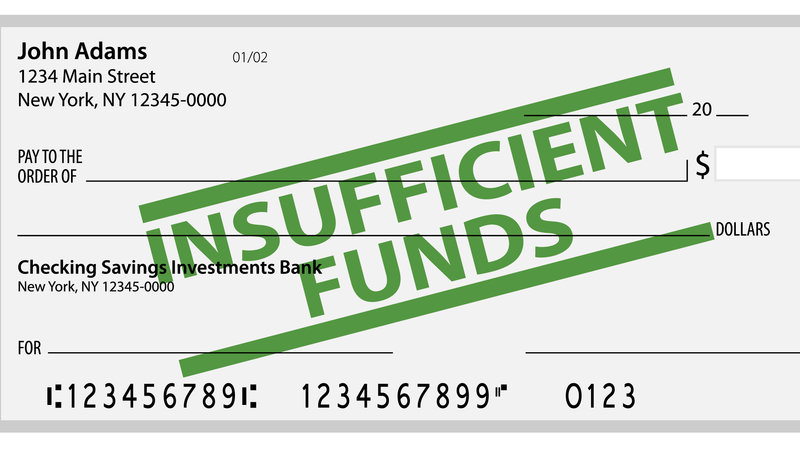 District Magistrate Barabanki, Uday Bhanu Tripathi said, “This is a very serious issue and action will be taken if any laxity is found. The matter is related to the CM and should have been taken seriously.”

Here’s what social media users think of this incident :

They could have just given a symbolic cheque and directly transferred the money. That would have also promoted Digital India. This is absolute incompetence.

Cheque bounce is a criminal offense. And if this was a joke, it was in such poor taste. Chi!

This is not funny, its criminal 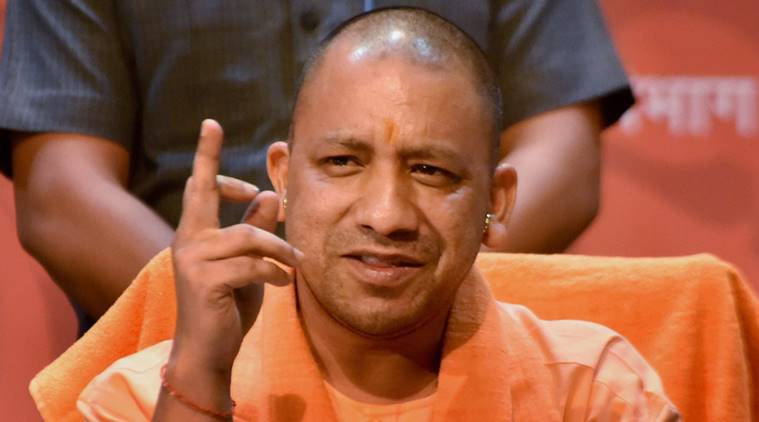 What do you think on this bizarre incident ?