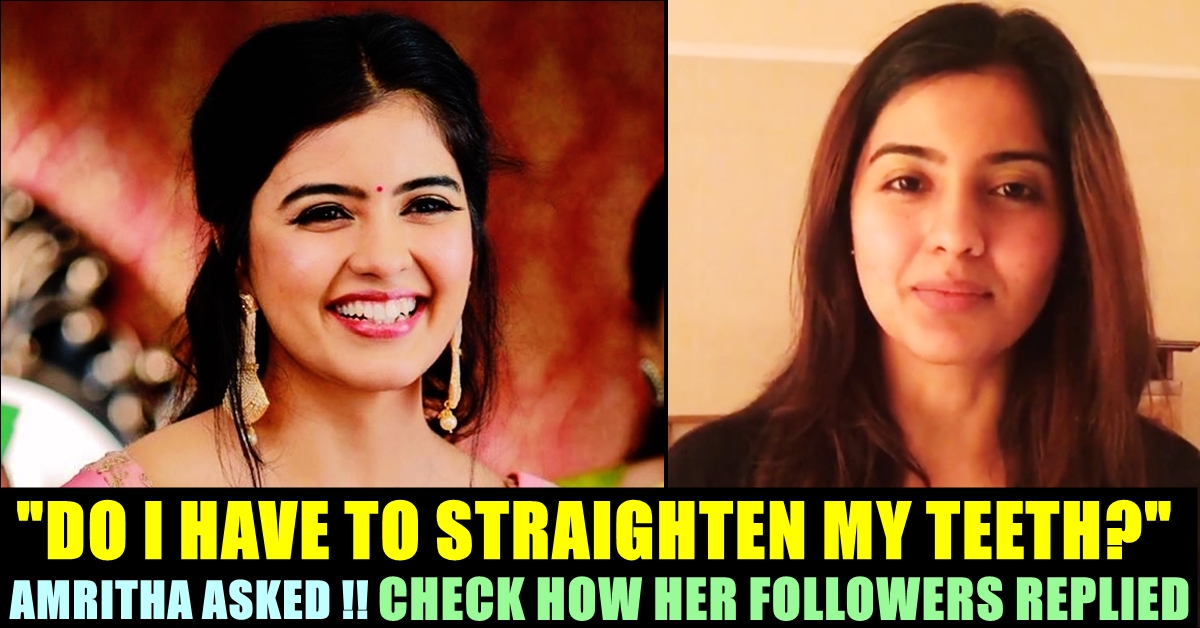 Amritha Iyer became the heartthrob of Tamilnadu youths in no time with her presence in social media. Her portrayal in Vijay’s “Bigil” as captain “Thendral” gained her vast number of fans and followers in social media. To make her followers engaged, the actress became active in social media platforms by uploading her photos and updates.

Before Bigil, Amritha made her film debut with Padaiveeran, where she played the role of Malar. In the film she paired with singer Vijay Yesudas who is a son of popular singer Yesudas. He debuted as an actor through Dhanush’s Maari. She was later seen playing one of the female leads opposite Vijay Antony in “Kaali”. However, only after essaying the role of “Thendral”, Amritha became the darling of social media. The actress who is very much active in Instagram, enjoys more than 10 lakh followers in the photo posting social media app.

Apart from Vijay, Nayanthara, Yogi Babu, The film “Bigil” had 15 girls as a football team squad. Indhuja Ravichander, Varsha Bollamma, Amritha Iyer are few of the players who were given importance in the movie. Amritha played a role called as Thendral who is the captain of the state team.

Now, the actress who completed a film named as “Lift” as main lead, has been very much busy posting pictures from her photoshoots amidst this lockdown situation.

Now, in an era where cinema heroines are going through surgeries and treatments to make themselves look appealing on big screen, Amritha Aiyer asked suggestion to her own followers about aligning her teeth, unlike other heroines who tend to hide such makeovers from their followers.

She who conducted a Instagram polling to let her 10 lakh followers to vote on “Yes” or “No” regarding her teeth alignment, has said that she will do as exactly as her fans say. She also thanked those who personally texted her to register their suggestion.

“Do you guys think I should get my teeth alignment done?” she asked to her followers. Check out the screenshot of her story here :

Majority number of her followers voted “No” and suggested the actress to be in the way she is now. “Thank you for people who voted, thank you for personally texting me your suggestions. I will surely do as you guys say. Because whatever you guys like is what I will do that’s why I am here. So thank you again. Love you” she wrote in her story.

Vignesh Shivan Opens On His Marriage With Nayanthara For The First Time !! WATCH
Sanjeev Shared How His Friend Vijay Tried Contacting Him Despite Of COVID 19 Fear !!