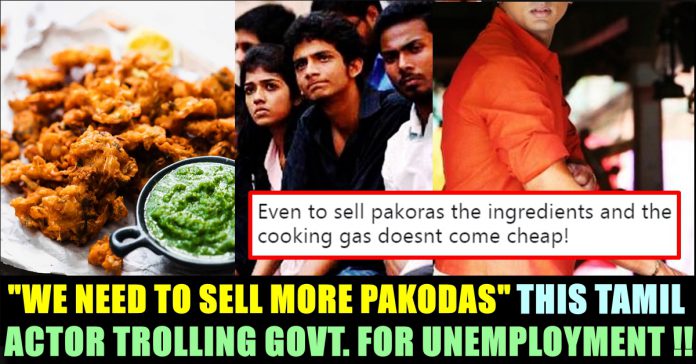 The country’s unemployment rate was at 6.1 per cent in 2017-18, the statistics ministry said on Friday, confirming the figure leaked to Business Standard newspaper in January, which said it was the highest since 1972-73. The data was released a day after Prime Minister Narendra Modi was sworn-in for his second term. The BJP won a huge majority in the general election that ended this month despite concerns over jobs and weak farm prices.

The National Sample Survey Office’s (NSSO) job survey for 2017-18 had shown a spike in the unemployment rate to over 6 per cent, a 45-year high, but the report was not released by the government, which termed it as a draft report.

Releasing the data, officials said that they have used a new design methodology for the survey hence it was not comparable with previous data. Business Standard, which first reported the figure in January, had said that it was based on an assessment carried out by the National Sample Survey Office between July 2017 and June 2018. However actor Siddharth who is very much vocal against the BJP government has took a tig at Prime Minister Narendra Modi’s earlier statement about Unemployment. The actor through his official twitter account wrote “We just need to sell more pakoras! Yummy! Come on #India!”

Modi, in a last year’s  interview to Zee News TV channel, had said, “If someone opens a ‘pakoda’ shop in front of your office, does that not count as employment? The person’s daily earning of Rs 200 will never come into any books or accounts. The truth is massive people are being employed.” This statement of the prime minister created huge controversy at that time and Amit shah defended Modi’s speech in Parliament. Check out some of the reaction’s for Siddharth’s statement here :

And by how much has the population risen in the last 45 years? Isn’t that the base factor of calculation of percentage? No of jobs have increased, but they increase linearly whereas our population is rising exponentially. This is basic math. Don’t try to fool the public.

Previously unemployment would have wiped off the ruling Govt, now it wipes off the opposition. #EVMGame

We can get tasty pakodas from Modi bakery

Even to sell pakoras the ingredients and the cooking gas doesnt come cheap!

What do you think on this statement of Sidharth ?? Comment your views below !!

“Is Robert My Husband Or Boyfriend?” Vanitha Questioned

Reacting to the entry of dance choreographer Robert Master inside the Bigg Boss house, former Bigg Boss contestant Vanitha Vijayakumar, in her show with...

Today, On April 11 2020, the evergreen blockbuster movie "Padayappa" celebrating its 21st anniversary and social media knows it. Several hashtags are trending in...

Madhavan’s Heart Winning Reply To Fans Who Thrashed Him For “Maara” !!

Ranganathan Madhavan's Tamil version of 2015 Malayalam blockbuster "Charlie" released on Amazon Prime on 8th of January. Since the release of the film, Madhavan...