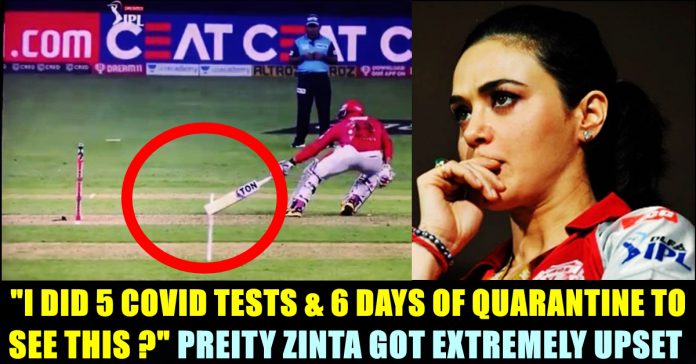 The second match between Kings 11 Punjab and Delhi Capitals turned out as a stunner as it contained numerous ups and downs for both the times with a never seen before kind of Super over ending. IPL 13 inaugurated with a match between Chennai Super Kings and Mumbai Indians. The yellow team won it with 5 wickets and with 4 balls to spare.

In the second match, Delhi Capitals defeated Kings XI Punjab in a Super Over after the Punjab-based franchise finished at 157 for eight after 20 overs were bowled in their innings. In the Super Over, Kagiso Rabada removed KL Rahul and Nicholas Pooran of successive deliveries to end KXIP’s innings.

Chasing three runs for the win, Delhi Capitals got over with line with ease. Earlier, KXIP were chasing 158 for the win and needed one run to win off three deliveries. Marcus Stoinis bowled a dot and followed it up by taking the crucial wicket of Mayank Agarwal, who scored 89 runs off 60 balls. Chris Jordan then chipped one straight into the hands of Kagiso Rabada and the match went into a Super Over.

Netizens came up with “would have and could have” comments after seeing Punjab’s defeat, the team which deserved to win the match due to Mayank Agarwal who played a heroic innings. They worried on the fact where the cricketer tried playing shot when just 1 run was required for victory in the last over. Some fumed at KL Rahul believing that he ignored Mayank Agarwal when the match came to Super over.

However, what caught the attention of viewers the most is, the decision made by umpire in the 19th over where he himself called a short run without going for third umpires. It happened in Kagiso Rabada’s last over, a full-toss outside off, was sliced away towards the extra cover region by Agarwal for a quick couple. But on-field umpire Nitin Menon deemed it as a single, on the basis that the first run was a short one.

Fans highly believed that “falsely called” lost run could have saved the entire match for Punjab. Virender Sehwag, former Indian opener who played for Punjab earlier, sarcastically posted a tweet saying that Umpire should have awarded the Man of the match.

“I don’t agree with the man of the match choice . The umpire who gave this short run should have been man of the match. short Run nahin tha. And that was the difference.” his tweet read.

I don’t agree with the man of the match choice . The umpire who gave this short run should have been man of the match.
Short Run nahin tha. And that was the difference. #DCvKXIP pic.twitter.com/7u7KKJXCLb

His post garnered humongous amount of positive response from the Twitter users. Team’s owner Preity G Zinta also posted a tweet narrating the efforts she put in to give her presence in the match only to be disturbed with a wrongly called short run. She questioned the existence of technology and demanded BCCI to introduce new rules.

I travelled enthusiastically during a pandemic,did 6 days of Quarantine & 5covid tests with a smile but that one Short Run hit me hard. What’s the point of technology if it cannot be used? It’s time @BCCI introduces new rules.This cannot happen every year. #DCvKXIP @lionsdenkxip https://t.co/uNMXFJYfpe

Here’s what Irfan Pathan has to say :

Telugu actor Kichcha Sudeep expressed his emotions over Mayank Agarwal’s absence in the Super over.

Well played @mayankcricket ,,,so proud of you.
Wonder after all the effort y you weren't in the three for the Supa over.
All said and done,,,extreme entertainment amidst covid and the other issues.
Cheers once again my friend.

It is notable that umpires gave two wrong decisions in the first match for Murali Vijay and MS Dhoni. When M Vijay refused to take DRS, Dhoni claimed it and received “not out”.