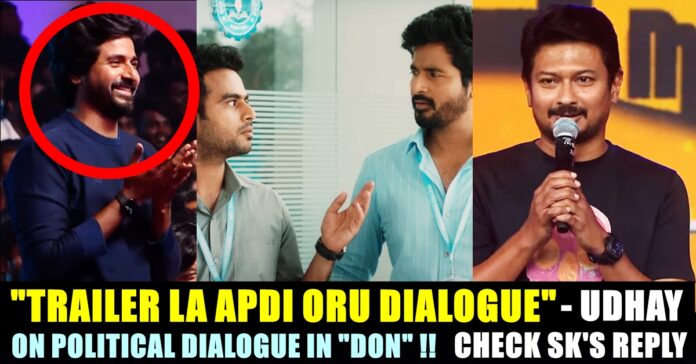 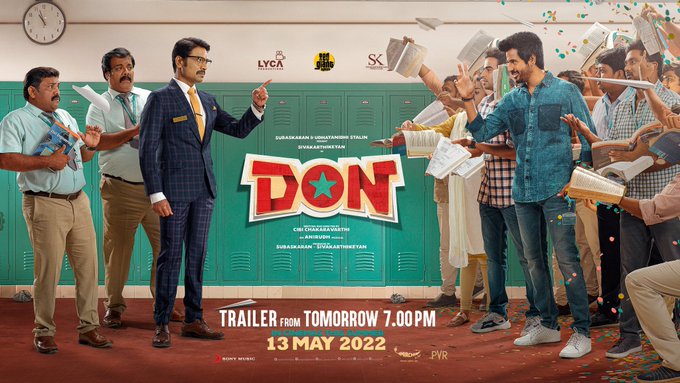 Trailer of the most awaited “Don” released on YouTube on Friday evening with much expectations from the fans. Along with Sivakarthikeyan, the film has an ensemble cast including Priyanka Mohan, SJ Suriya, Bala Saravanan, Mirchi Vijay, Sivaangi, Raju Jayamohan, Kaali Venkat, Samuthrakani, Munishkanth and others. Directed by Cibi Chakravarthy, the film was jointly produced by Lyca productions and Sivakarthikeyan Productions. Anirudh has composed music for the film.

The 2 minute 36 seconds long teaser promised an engaging college entertainment with romance, comedy, action and sentiment. Sivakarthikeyan and Priyanka Mohan were also seen  appearing in school get up in the trailer. SJ Surya’s performance as college dean looked promising as well. The film is scheduled to release on 13th of May in theatres across the state.

Throughout the trailer, Sivakarthikeyan was seen asking his friends whether he could become a dancer, cricketer, meme creator etc. In a scene, Siva says that finding his talent and nurturing it is his only aim in life and goes on to ask “Pesama nama arasiyal ku poidvoma” to which Mirchi Vijay says “Poi ellam pesanum pa”

Siva replies back “Apo Venam, Apo Venam” at the end of the trailer. Udhayanithi Stalin, son of Chief Minister MK Stalin who recently became Chepauk’s MLA through the assembly elections, cracked up seeing the dialogue in the end during the pre release event of the film.

Udhay who is also going to distribute the film along with Lyca productions, during his speech, mentioned about the scene while wishing Siva “The Best” for the film’s success. “To be particular, Siva is the “Don” of Tamil cinema now. What he says is the rule here” Udhayanithi said to which Siva stood up and responded with an humble gesture.

On the work front Udhayanithi Stalin is all set to appear in “Nenjukku Needhi”, remake of Bollywood blockbuster “Article 15” whereas Sivakarthikeyan is busy working for a number of projects which includes “Singa Paathai”, “Ayalaan”, a film with Raaj Kamal Internationals etc.

A recent video of actress and BJP supporter Madhuvanti went extremely viral across the social media platforms, not for the content she provided in...