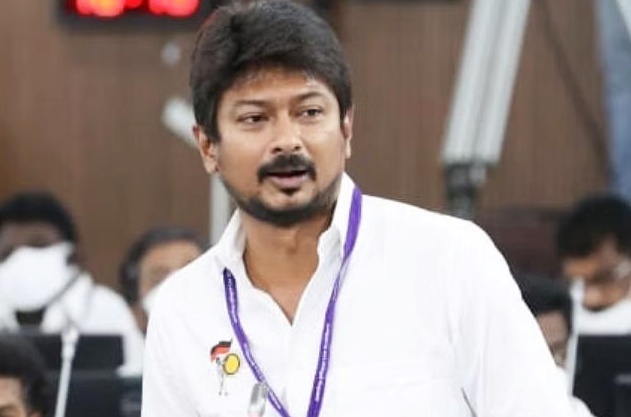 A viral video that shows Azeem continuously referring to DMK party and it’s prominent member Udhayanithi Stalin goes viral in social media platforms. In the video that compares Vikraman and Azeem regarding who is using his political background to gain support from audience, Azeem was seen mentioning the name of Udhayanithi Stalin in several places.

Earlier, a report surfaced saying that Azeem is expecting the MLA turned minister to enter the house during the freeze task to meet him. To VJ Parvathy who entered the house as guest, Azeem could be seen asking whether Udhayanithi told anything about him. “Did he release a statement?” Azeem asked Parvathy to which she question “Which Annan you are talking about?”

For that, Azeem was seen moving his lips as “Udhay”. In another video, Azeem, looking at the camera, said ” I miss you Udhay anna and Krithiga Anni, I would come and meet you every year, this year I couldn’t ”

Can anyone from DMK clarify what is the association between #azeem and the party. Mudiyala chumma udhay Anna udhay Anna nu#bigbosstamil6

Did #Vikram ask about that Udhay Anna multiple times ? And said he is a spokesperson for a party ? @DHANA_sugy and azeem fansku selective amnesia pola.. #BiggBossTamil6 @vijaytelevision @ikamalhaasan https://t.co/0DYqsCgxia

#bigboss6tamil #clownazeem #cringeazeem #foundationazeem #AramVellum Azeem is an official speaker in DMK party that He himself declaring in BB HOUSE. what a fool he is, he his asking to VJ parvathi “udhay Anna ketara..?? 😂😂😂😂

Previous articleHEART BREAKING : Young Swiggy Delivery Boy Died During His Duty Time!!
Next articleLeading Director Got Trolled For His Post About Ajith kumar!!