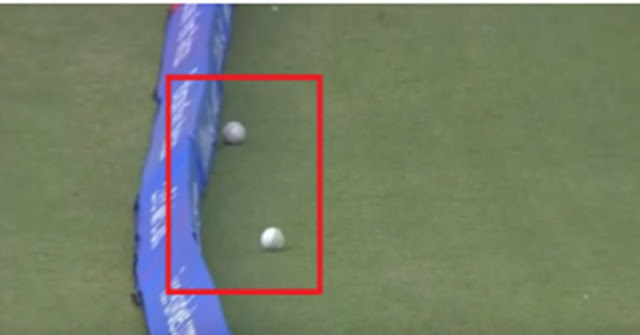 Cricket is a very popular game in India; in fact, it won’t be wrong to call it a religion in this part of the world. However, the women cricket is not getting that much attention and popularity as the men cricket has managed to receive. The whole country is presently soaked in the excitement of Men World T20 while very few know that at the same time, Women World T20 is also being played in India.
Men Indian cricket team defeated Pakistan in the World T20 while the women Pakistani cricket team defeated Indian team by 2 runs via the D/L method in Women T20 match. During that match, a weird incident took place; in the 16th over of Indian innings, Veda Krishnamurthy hit the full toss delivery of Nida Dar towards the right side of the long-on fielder.
The fielder tried to stop by making a dive and did manage to touch the ball but still the ball reached the boundary. At that time, the two Pakistani fielders saw that there is one more ball lying on the field, which was not noticed by anyone till then.
However, the surprised fielders threw the correct ball back but it became a topic of discussion for some time.
Watch It Yourself:
Click here to watch this video directly on YouTube
Do share your views in this connection in the comments section below
Continue Reading
Advertisement
Related Topics:Articles, Entertainment, Sports