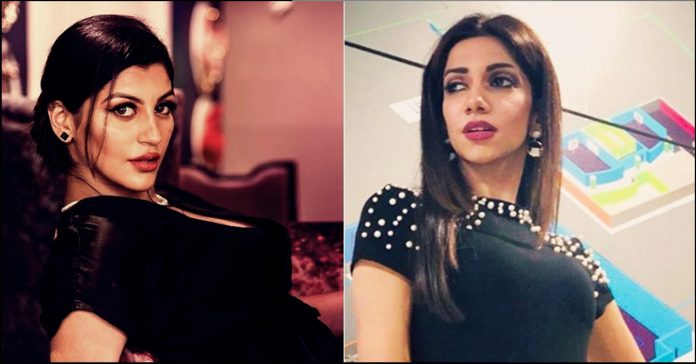 Being a 20 year old actress, Yashika is known for her bold statements and instant replies to her haters in social media platforms. She is one among the several actresses who are very much active in social media platforms, especially in Instagram. The actress who enjoys 15 lakh followers in her Instagram, is known for her interaction with her followers.

Lately, the actress posted a video of herself performing a cat walk in a hall. Unlike before, Yashika was seen a bit lean in the video. The actress who seems to have reduced her weight, shocked her followers through the instant transformation.

In the post she added a caption saying “Don’t mind the boys at the background 😂” Check out the video below :

Don’t mind the boys at the background 😂

Many of her followers expressed their shock on seeing this post of Yashika and the special one among them is TV anchor Bhavana who is known for hosting reality shows in Vijay tv. Bhavana asked Yashika to stop reducing weight and warned the “Zombie” actress by saying that she will “kill” her if she reduces more weight in a way of complimenting her transformation.

“Ok.. if you lose more weight, I’m gonna kill you!’ Stop it hottie!” said the comment of Bhavana. Check out the screenshot of her comment below :

To this comment of Bhavana, Yashika immediately complimented back by saying that she is trying to get the shape of the anchor. “aiyoo okay babe I won’t ❤️😘😘 I wanted to become like u😉“. Here’s her reply :

One more user asked her whether she is eating at all, on seeing the video. To that Yashika said “been working out mad and fell sick also recently :(“

What do you think on transformation of Yashika Anand ?? Comment your views !!

A Bengaluru resident received his future wife's intimate videos with another man right before his marriage. The man who sent the videos alleged that...

Fans of team Bangladesh has been trending "Cheating" hashtag in the micro blogging social media site with reactions claiming 5 runs for an alleged...