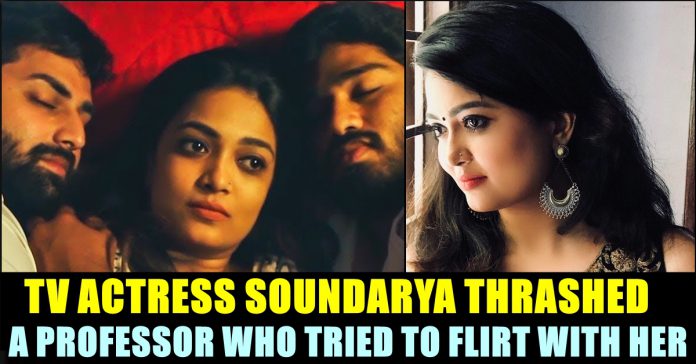 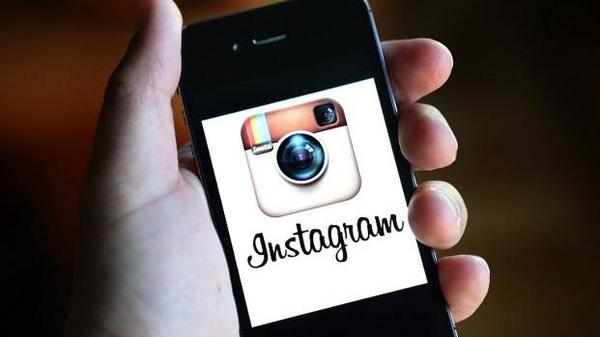 In this internet era we could hardly see a person who is not having social media accounts. The number of people who are using social media platforms to interact with unknown girls are way higher than the people who uses it to interact with their closed groups. In this case, TV actress Soundarya Nandakumar exposed a professor who tried to flirt with her by sending romantic texts. 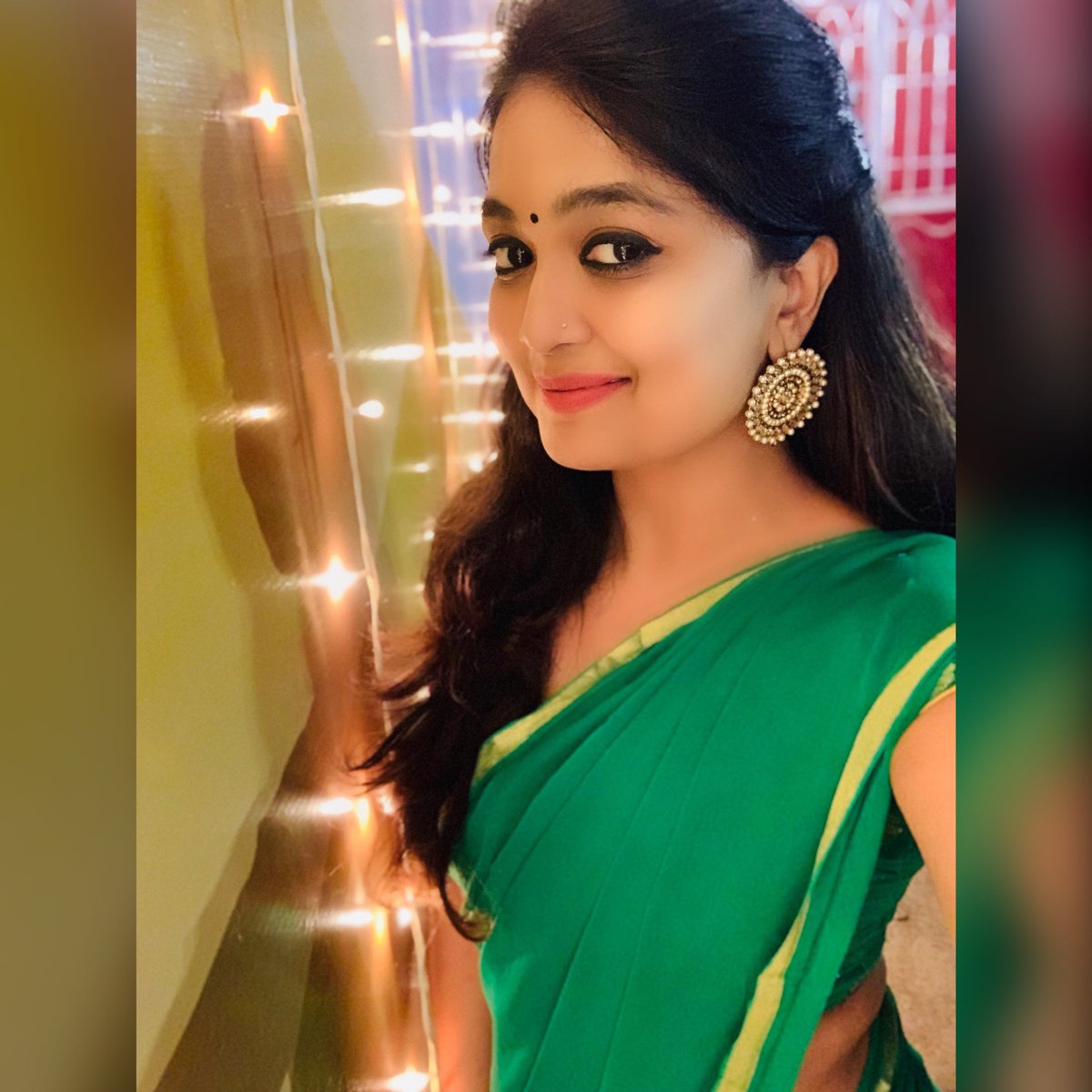 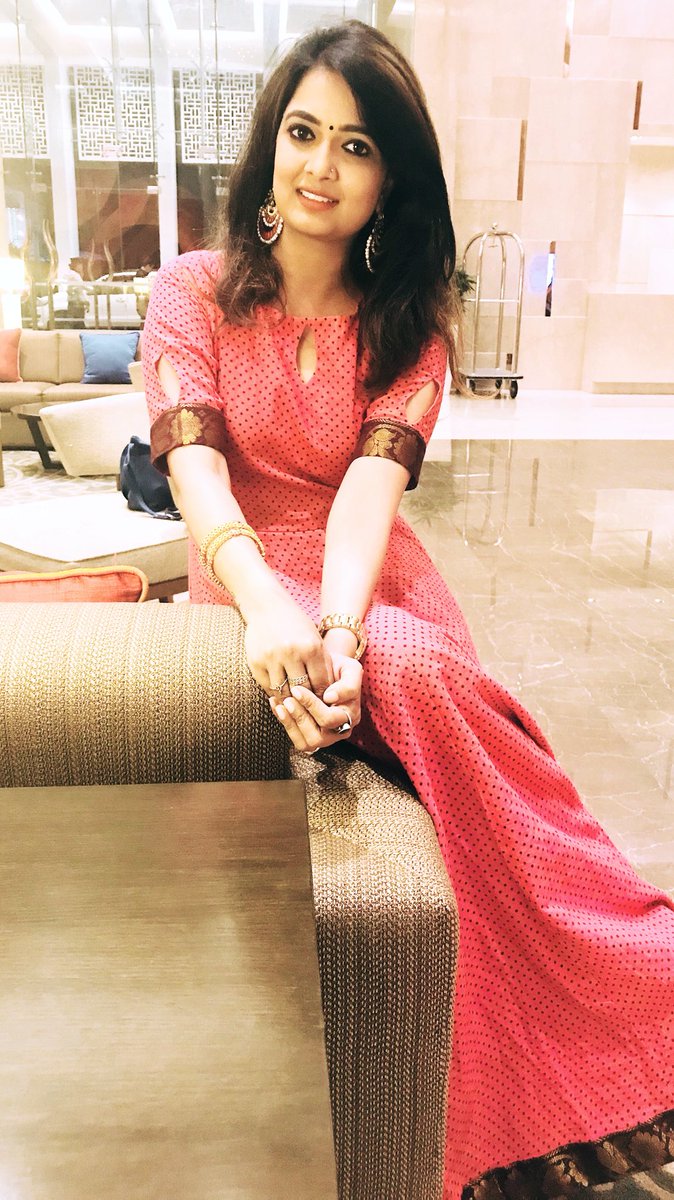 Recently to one of her story, a random Instagram guy replied by saying that he is her fan. Initially he replied to her story by writing “Adorable” with a kissing emoji. Followed by that to one of her story in which she teased and imitated the Bigg Boss contestants for dancing in morning, that user wrote “Hey seriously nenga mokka figure uh, but yean nu therila intha kannum, face expression um ur face expression um romba pudichiruku.. love it”

The actress, to whom the message seemed a bit inappropriate, immediately checked his profile only to know that he is a professor from Madurai. In a way of expressing her frustration, she took the screenshot of his messages and posted it by writing “And that’s the way a professor talks to a woman. Damn shame! His profile says he is a professor in Madurai. I hope the girls in his college stay safe around him” 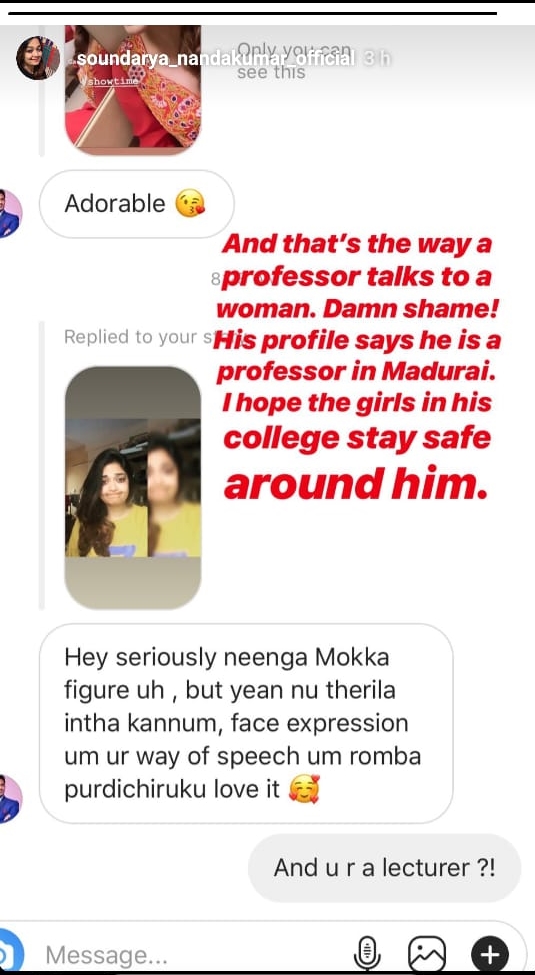 Followed by this she also posted two more stories saying that she will track him down and file complaint against him in a right way. She also reasoned why she cropped his name and assured that she would make the college he works aware of the act he involved in. 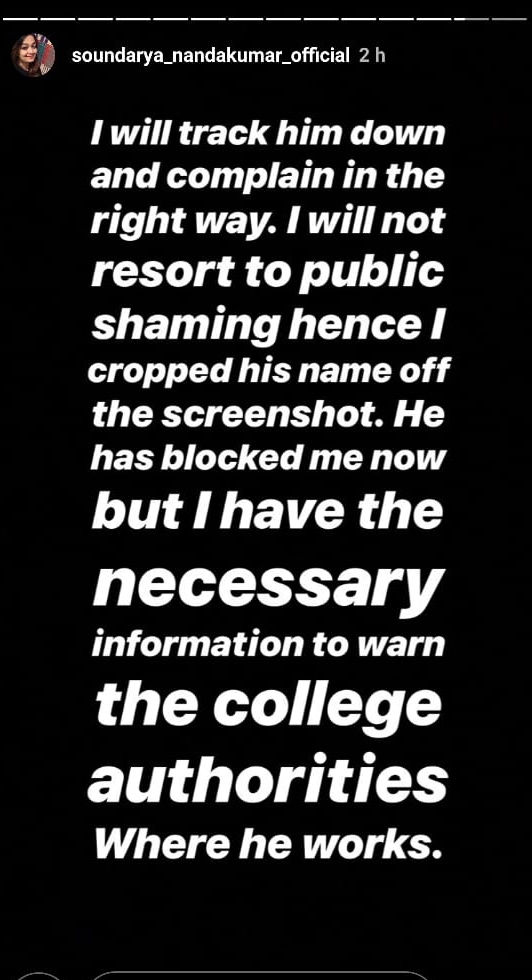 One more story of her said that she will make him pay for talking to a woman like that : 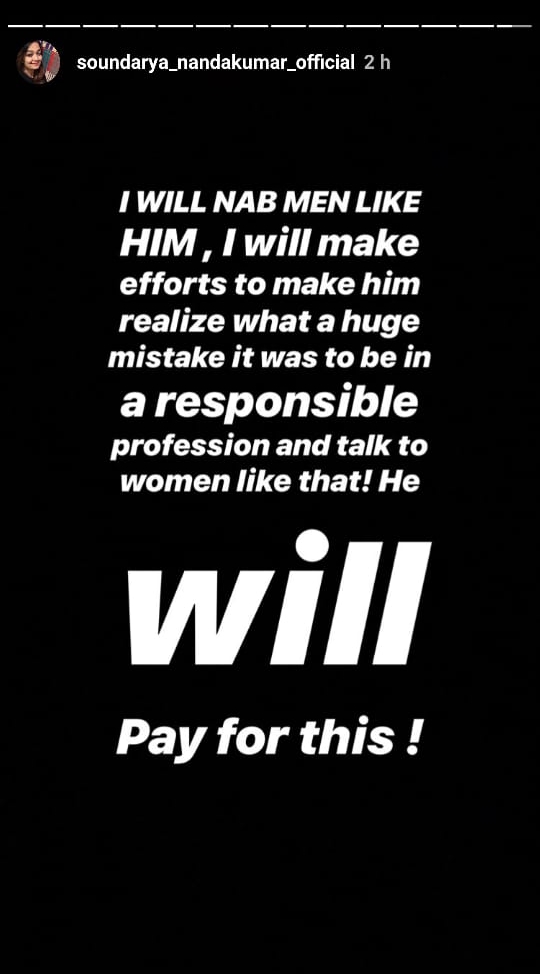 It is common for known actresses to receive such texts but one can’t expect every one of them to react in a same way. We have seen female celebrities being thankful for being complimented by their fans but Soundarya who found him guilty for texting in that way spoke her heart out right away.