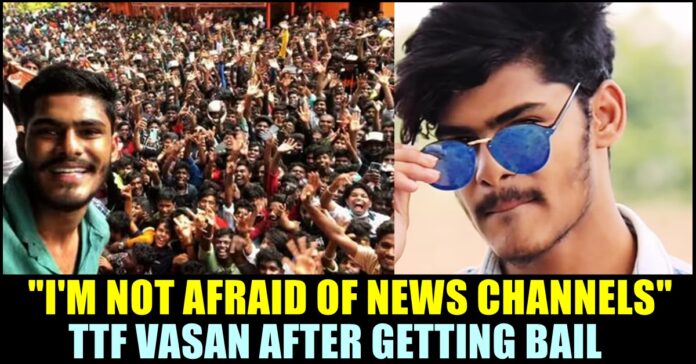 After getting bail for the cases he has been booked under, TTF Vasan released a video sending an important message to news channels and youtubers. The moto vlogger said that he is not afraid of news channels and warned them not to spread fake news against him. He also alerted his fellow youtubers saying that the media will use them for clicks and views and would ruin their reputation. 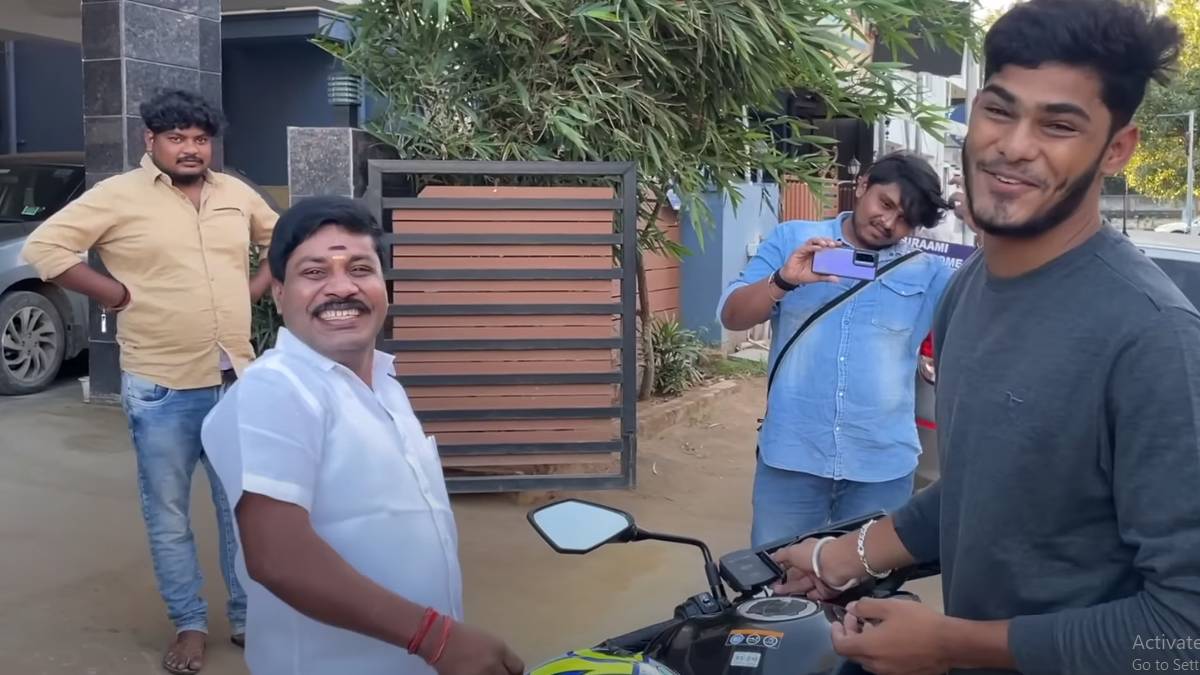 “There is limit for everything. You are breaching all the limit. We all youtubers will unite together to expose what you are doing if this continues. Don’t spread fake news hereafter. If you ask me whether I am sending a threat, I am not. A small suggestion to all the youtubers, these news channels have destroyed many youtubers such as Madan OP, Irfan’s views and myself. They are doing this to gain views  by using us. So be careful” he further said.

It all started after Vasan released a video with his fellow youtuber GP Muthu. In the video, Vasan drove his super bike in 150 KMPH speed which caught the attention of public. Earlier, D 3 police station filed TTF Vasan under section 276 of Indian Penal Code and 184 of Motor vehicle act. Later, three more cases were filed against him by Sulur Police station. 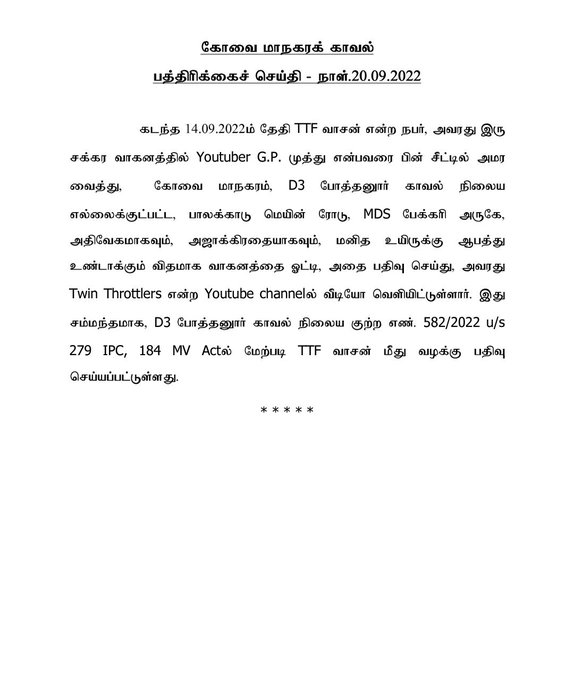