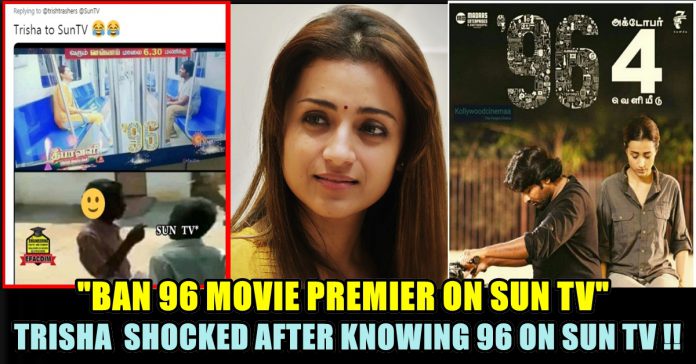 ’96’ movie has Vijay Sethupathi as a travel photographer and Trisha is all set to romance Sethupathi for the first time onscreen. 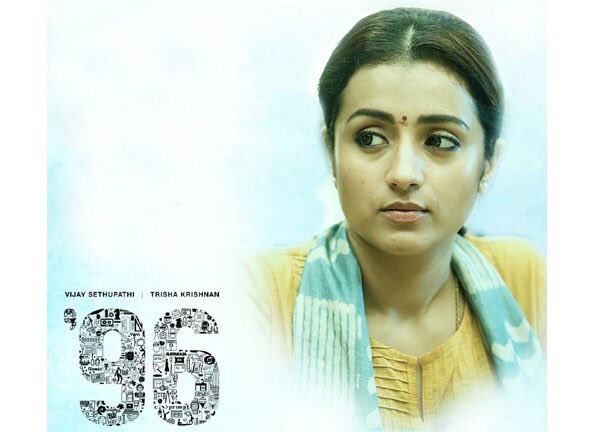 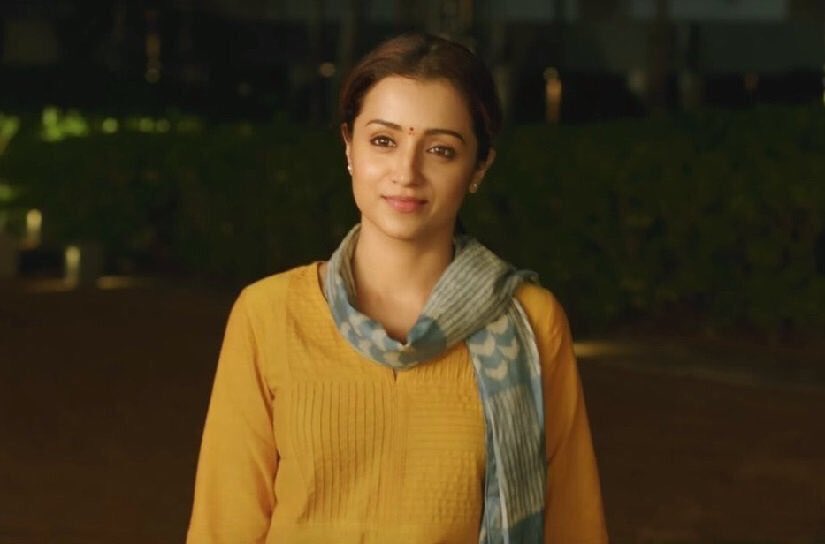 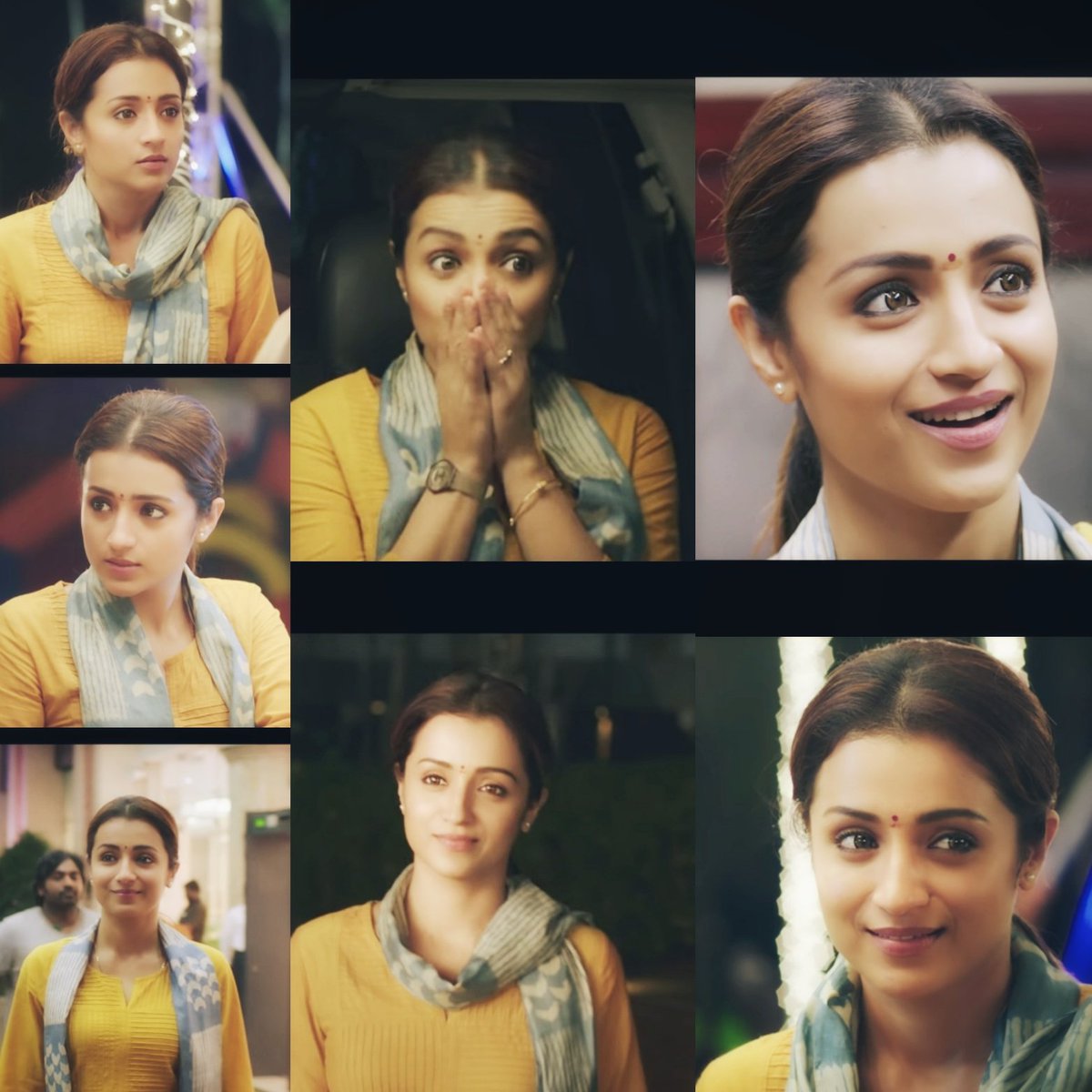 So many fans enjoyed the movie in theatre and not many expected this film to be telecasted this soon in a TV channel. On knowing the information so many fans took twitter to troll and make fun of Sun Tv.

Now to our shock on knowing the news, Trisha, the lead lady of the movie feels that it is not fair to telecast the movie this soon. As the film is successfully running in theatres for the 5th week, the actress wants to ban the premium in the television.

Her tweet read “Its our 5th week and we still have an 80% occupancy in all theatres.We as a team feel its unfair to be premiering 96 this early. Its our request to push it to a Pongal viewing pls @SunTV Will be grateful #96thefilm #Ban96MoviePremierOnSunTv“

Its our 5th week and we still have an 80% occupancy in all theatres.We as a team feel its unfair to be premiering 96 this early. Its our request to push it to a Pongal viewing pls @SunTV Will be grateful #96thefilm #Ban96MoviePremierOnSunTv

Along with Trisha, most of the fans of felt bad for the premium of the movie. Check out the reactions from her followers for the post :

The screen count in 5th week is doubled in Coimbatore than in 3rd week. This tells d story. Never seen this in my life time for any movie . Phenomenal. I second u in this . pic.twitter.com/q1dhGAIyHQ

Sun tv has both semmaraja and 96 rights, but seemaraja ran 50 + days already but 96 ran 25 + days and Still houseful in many theaters , so Premiere SeemaRaja instead of 96 #Ban96MoviePremierOnSunTv

Behind Only one word SARKAR

From diwali onwards 96 wont get any shows.. May be 2 or 3. So only they are telecasting

True. Please don’t telecast. Beauty is watching in theaters. @VijaySethuOffl Please do something.

Only UR Team sold it to SUN TV. Better ask UR own team Y they have given rights? Instead of asking @SunTV

What do you think on SUN TV telecasting 96 on Diwali. And also comment your opinion on Trisha’s statement !!

Previous articleGirl’s Family Invited Boyfriend “To Talk About Marriage” !! Check What Happened Next !!
Next articleAfter Instagram, Julie Asks Everyone To Follow Her On Share Chat !! Got Brutally Trolled By Her Followers !!