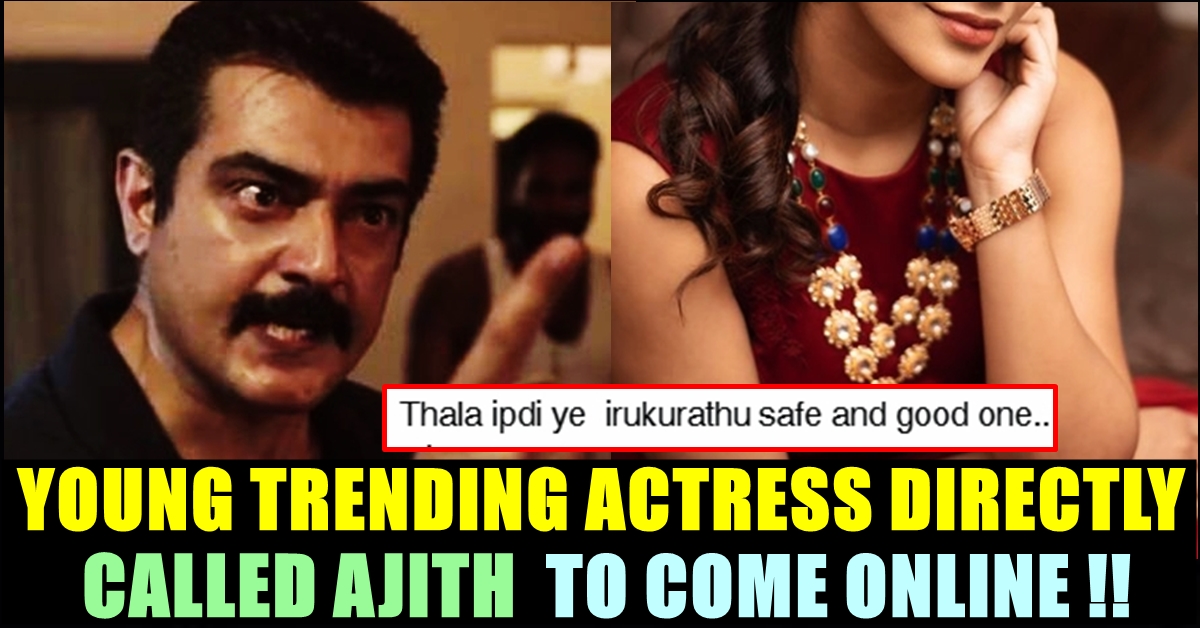 Not only common people, even people from his own industry also admires him for his works and personal characters. Actors like Simbu, Anirudh, Nazriya are few of the many actors who admires Ajith Kumar as their idol. Now trending and sensational actress Yashika Anand has posted a tweet, in a way of expressing how big a fan of Ajithkumar she is.

The actress said that she badly wants Ajith Kumar to join in Twitter. “I so badly want #thalaajith sir to join Twitter 🤩 anybody else feels the same ? 🙈🙈” she wrote from her official twitter account which is now going viral in social media platforms. Check out her tweet below :

I so badly want #thalaajith sir to join Twitter 🤩 anybody else feels the same ? 🙈🙈

Yashika Anand who initially rose to fame through a film named “Iruttu Arayil Murattu Kuththu” was became more popular among Tamil audience through Kamal Haasan hosting reality show “BIGG BOSS Tamil- season 2”. Right from the film to the show the actress constantly caught in controversies for various reasons. This tweet from the actress receiving mixed reactions from the fans of herself and from the fans actor Ajithkumar. Check out some of them below :

What do you think on this wish of the young actress ?? Comment your views below !!