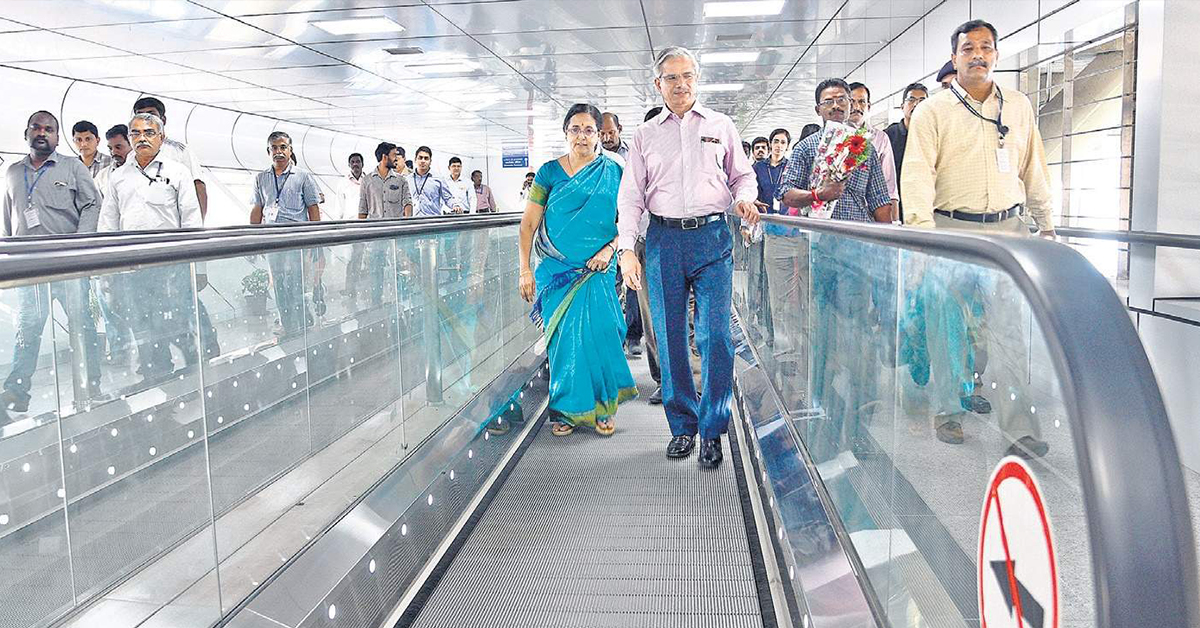 To move from the international and domestic terminals to the Metro station, the Airport Authority of India has set up 602-metre-long walkalators at the airport here which brings huge relief to the passengers. It was constructed at an estimated cost of ₹80 crore.

The facility will be open to the public only from April 14, as the travelator currently connects only the domestic terminal with the Chennai Airport Metro Rail station. Work to link it with the international terminal is expected to take two more weeks, officials said. The project was originally part of the phase I expansion project of 2013, but was dropped owing to various reasons. Speaking to presspersons, Choubey said the walkaltor connected the domestic and international terminals with the Metro station.

“The 12 walklators of 30 metres each have been provided in a stretch of 602 metres. The project cost for phase II works is approximately Rs 40 crore,” Choubey added.In addition to this facility, the official sources said the air passengers would also have check-in counters at the Metro station soon.

“Two self check-in counters are also provided at the mezzanine-level and the connecting tube is equipped with flight information display system (FIDS) for conveying necessary information to the passengers. The facility will be opened for public by April 14,” said an official note.

Now, Passengers at the domestic and international terminals, who want to take the Metro Rail, can use the travelator to reach the rear entrance of the station using the connecting tube and can get to the concourse level (where tickets are sold) using the escalator.

The Civil Aviation Ministry is keen to begin the construction of the second airport for the city as soon as possible, Mr. Choubey said.

Mr. Choubey said flight services from Chennai to Hosur would be available in three months and by the end of the year, services would be operated between the city and Thanjavur, Vellore and Neyveli.

The Best Place For Biryani In Chennai : Sunday Mandatory !!
Man Travels 50Kms Daily In Maharastra : Only To Teach A Single Kid : Humanity That Speaks !!