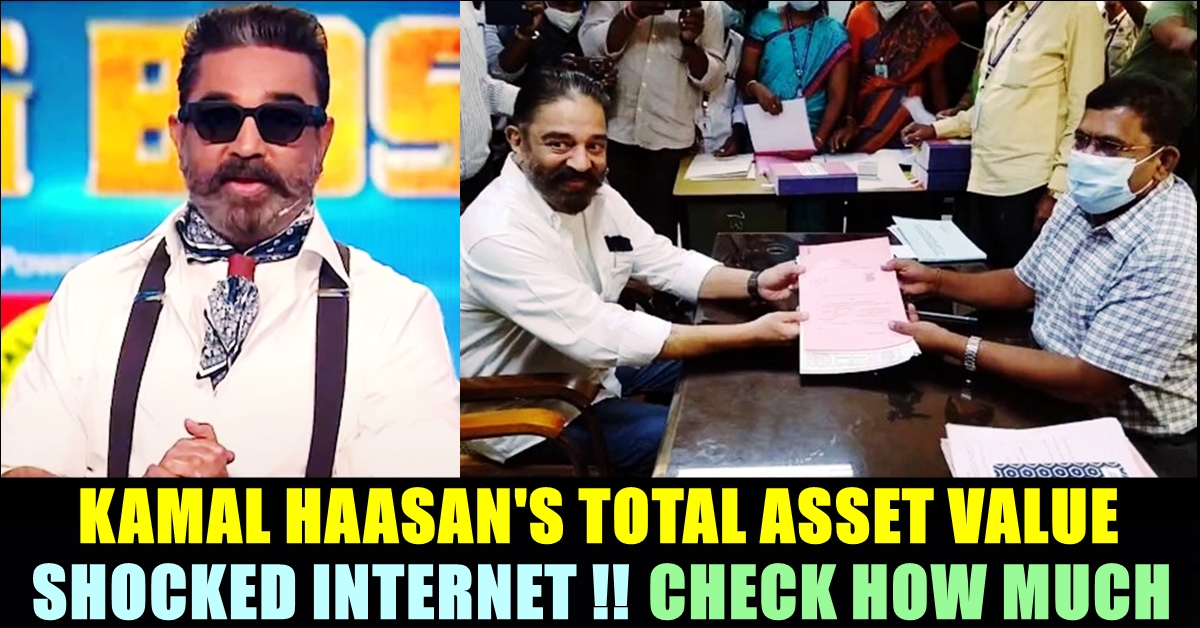 Through filing nomination from Coimbatore South for the upcoming assembly polls which is scheduled to take place on 6th of April, actor turned politician Kamal Haasan has revealed about the details of his total asset value. Though he became the richest candidate among those who have filed nomination so far, people who use social media got shocked and expressing their awe over the asset value Kamal declared.

R. Mahendran, the vanilla exporter’s assets are close to Rs. 160 crore. He reportedly has a dependent with assets worth Rs. 18 crore and he beats Kamal by a little over Rs, 1 crore, considering the combined assets of the family.

DMK leader MK Stalin has declared assets worth Rs. 8.9 crore and has increased by 53 % from the last election. He declared Rs. 5.8 crore as his total assets in the previous poll. 47 cases are pending against him, most of which are for unlawful assembly.

The affidavit of deputy chief minister O Panneer Selvam shows that the total value of his assets got increased from Rs. 1.5 crore to Rs. 7.8 crore. It is reported that the major increase in the assets of his wife as the reason for the steep increase.

Actor and DMK leader MK Stalin’s son Udhayanithi Stalin who is contesting from Chepauk-Triplicane, has assets worth Rs. 29 crore according to his affidavit. The rest are in his wife’s and children’s names, report says. There 22 legal cases pending against him.

Anitha Exposed A Fraud Who Cheated Girls In The Disguise Of A Casting Director !!
This Team Wants Bumrah To Leave For Honeymoon During IPL Tournament !!