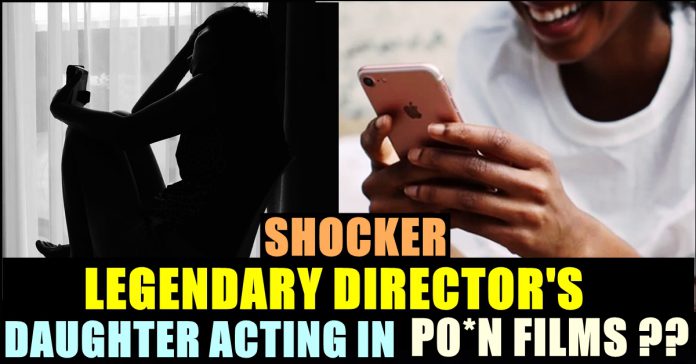 The bold decision made by the daughter of one of the refined filmmaker of all time grabbed headlines today. Steven Spielberg is known for making quality films such as Schindler’s List, Jurassic Park, Artificial Intelligence etc. One of his seven daughters could have asked him to launch her in his movies but her decision of featuring in adult films surprised the entire film fraternity.

Mikaela Spielberg who is 23 years old as of now, is an adopted daughter of the filmmaker. She surprised the media by revealing that she is going to pursue a career in adult film industry. As a result of it, she started producing solo adult videos and said that her father is very much supportive in her decision.

In an interview to the Sun, Mikaela said that her parents Steven and Kate Capshaw are very much supportive for her career choice. She revealed to the media that she is naturally good at it and decided to help her financially by doing what she is good at. “I have always been very sexually natured person, which has gotten me in trouble before. Not in a predatory way, but just, in the sense that people here in south might not yet be comfortable with that” she said to the media publication.

“My main hope is just that I get somewhere lucrative enough to where I’m not tied down financially by things. And then I can really start saying to people there’s nothing wrong with me using my body in a way that feels comfortable to support myself.” she added and said that her parents were “intrigued” when she told them about her decision but not upset with her “choice of career”. Mikaela told her decision to her parents through facetime and she said that her parents told her to be safe.

“I just got tired of working day to day in a way that wasn’t satisfying soul. I feel like doing this kind of work, I’m able to satisfy other people, but that feels good because it’s not in a way that makes me feel violated. ” said Mikaela who engaged to Chuck Pankow who is 47 years old. She made it clear that she won’t have sex on camera. The report said that Mikaela decided only to do solo movies, out of respect for her fiance Chuck Pankow.

Tharshan is one of the most loved male contestant inside the Bigg Boss house got evicted from the show due to lack of...

After the pictures and videos of herself partying with her friends at home got leaked in social media platforms, Sanna Marin, Prime minister of...