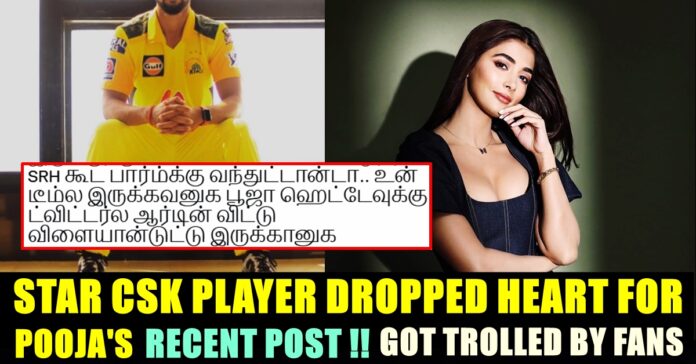 Star Chennai Super Kings Player Ruturaj Gaikwad who is yet to provide a significant innings in the ongoing IPL edition, is in the receiving end for “liking” one of the recent post of “Beast” actress Pooja Hegde. Team Chennai is in deep trouble after losing 4 consecutive matches and the opener’s online activity genuinely irked few fans and caused light hearted trolls among the others.

The 25 year old cricketer who won orange cap on behalf of Chennai Super Kings in last season after scoring 635 runs in 16 matches, is struggling to get a good start in the ongoing IPL season. The right hand batsman didn’t surpass single digit score in the last 4 matches he played.

However, Ruturaj who is not pretty much active in social media platforms, especially in the micro blogging social media site, dropped a “like” for one of the recent posts of south Indian actress Pooja Hegde. In the five posts he liked from his twitter handle which was started during August 2020, the Pooja Hegde’s was the only non-cricket post.

In the post, actress Pooja Hegde who was last seen with Prabhas in his highly anticipated “Radhe Shyam” and is about to appear with Thalapathy Vijay in “Beast”, was seen posing for pictures by wearing a cute frock.  “Denim dreams ☺️” read the caption of the actress’s post.

The post garnered 65 k likes so far with hundreds of reactions from her fans and followers. However, the like dropped by Ruturaj grabbed the attention of CSK fans who came up with tweets slamming the youngster for not concentrating in his game while the team is in the bottom of the table.

Here’s the screenshot of Rutu’s “likes” portion of his profile : 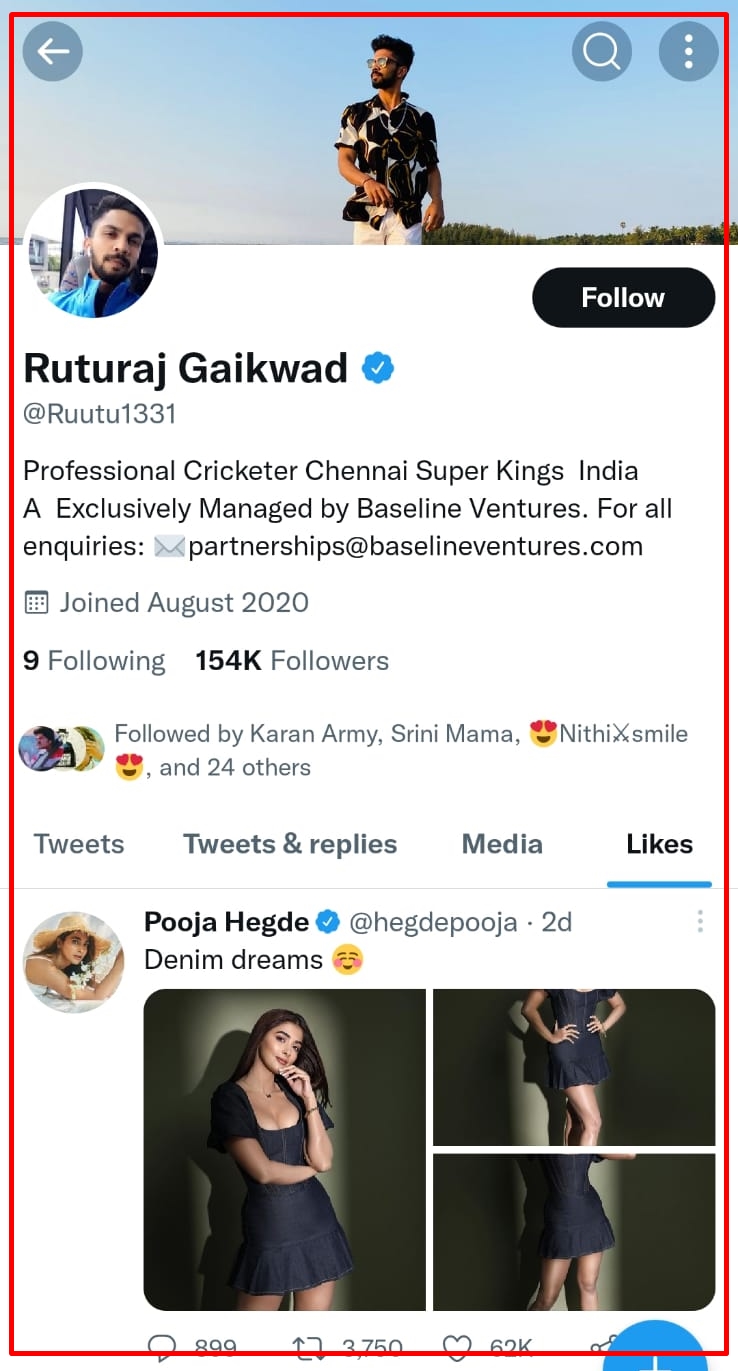 “Even SRH, a team which bought weakest players came to form by winning back to back matches. Your team members are putting ” heart” for Pooja Hegde” a fan slammed team CSK whereas another one pointed out how Rutu being selective about what to like in Twitter, considering his 5 likes throughout his entire career.

Previous articlePooja Hegde Replied To The Questions Of Fans Ahead Of “Beast” Release!!
Next articleWATCH : Reporter Questioned Yash For His Delay!! Here’s How He Reacted

Samuthrakani, is one of the busiest craftsman in Tamil film industry right now. He who acts in variety of roles such as Father, brother...

Two of the biggest stars of Indian cinema who command massive fan following have released their movies on January 10. Rajinikanth’s Petta is facing...