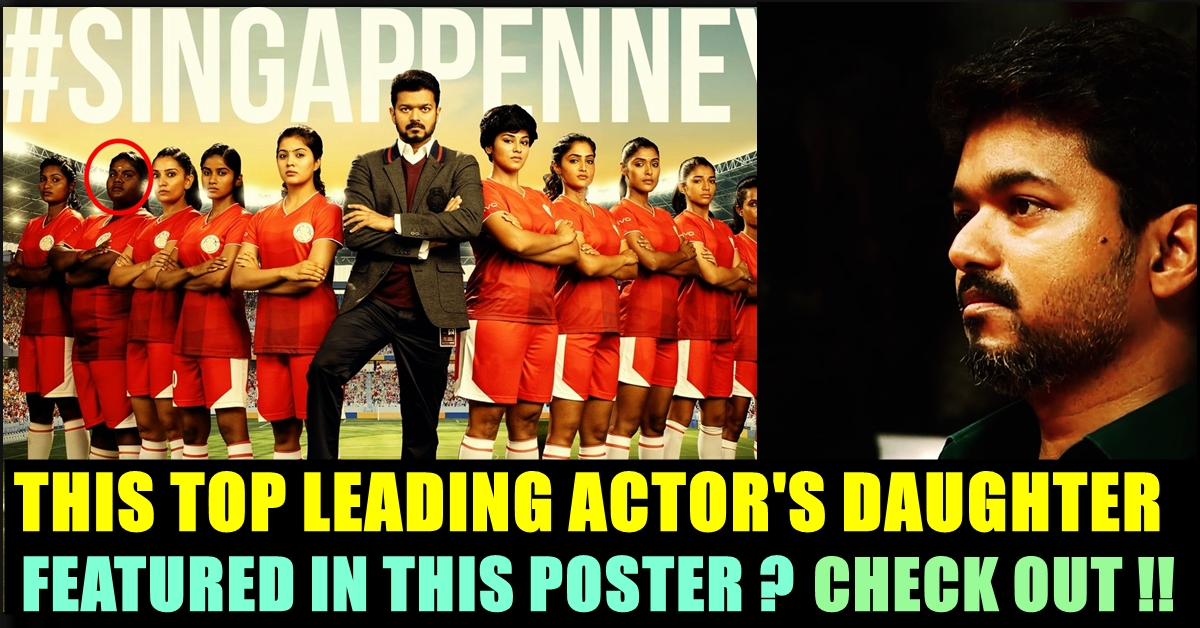 Vijay and director Atlee’s third collaboration, after the successful Theri and Mersal, has been titled Bigil (meaning ‘whistle’ in colloquial Tamil). Fans of the actor have taken over Twitter yet again as the release date of Bigil’s first single was announced on Twitter. It is revealed that the first single, titled Singapenne, is going to release on July 23. The fans of Thalapathy have gone gaga over the news as they have been waiting for a promo of the film for a long time. 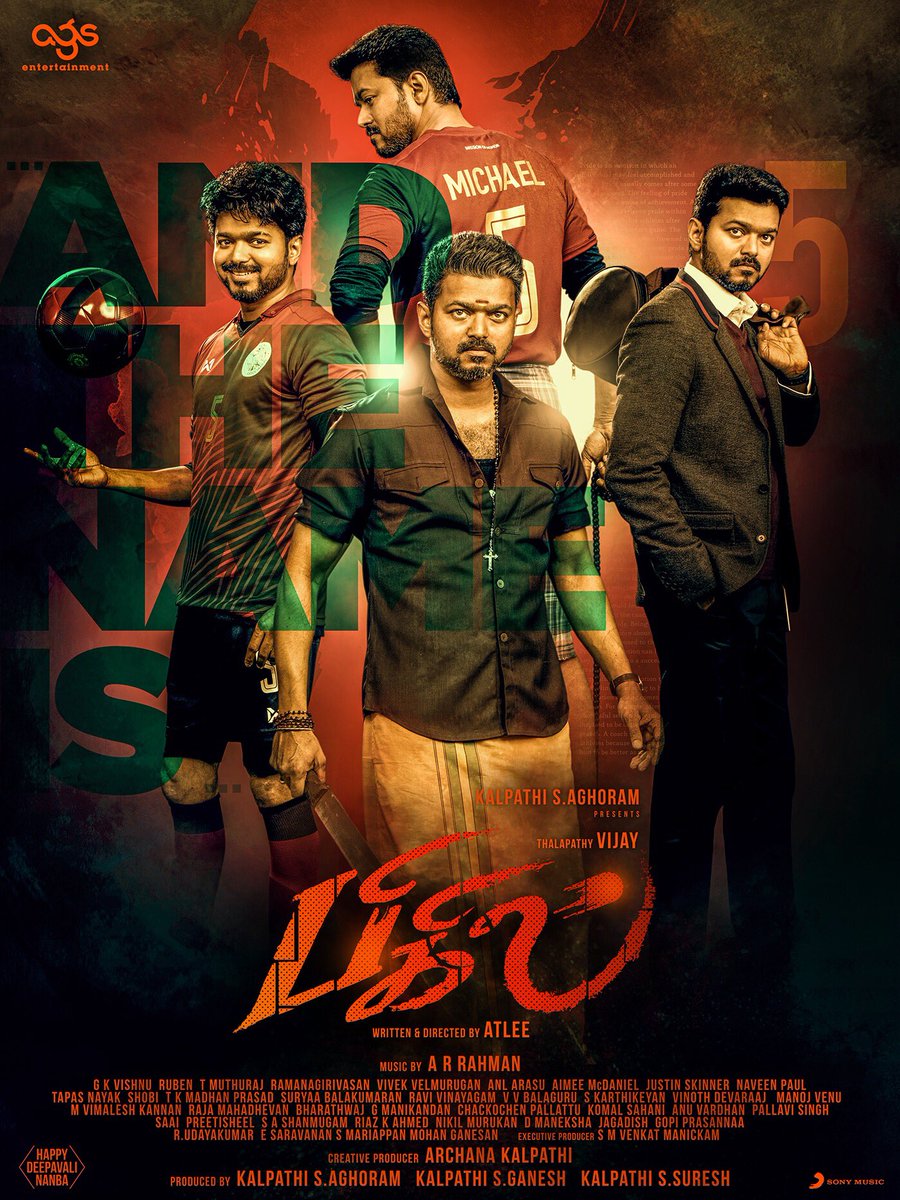 Two hashtags #BigilPodalama and #Singapenne are trending on social media. Along with the announcement, the makers also revealed a poster of the film in which Vijay’s character is seen with all his team players. Bigil is directed by Atlee, who is teaming up with Vijay for the third time.

Check out the single announcement here :

The poster shows actor Vijay dressed up in a suite, and seen holding a football by his foot. 10 girls were seen along with actor Vijay in which Indhuja Ravichandran is the only known actress for Tamil audience. Now it is revealed that yet another girl from the poster is daughter of a leading comedian in Tamil cinema right now. 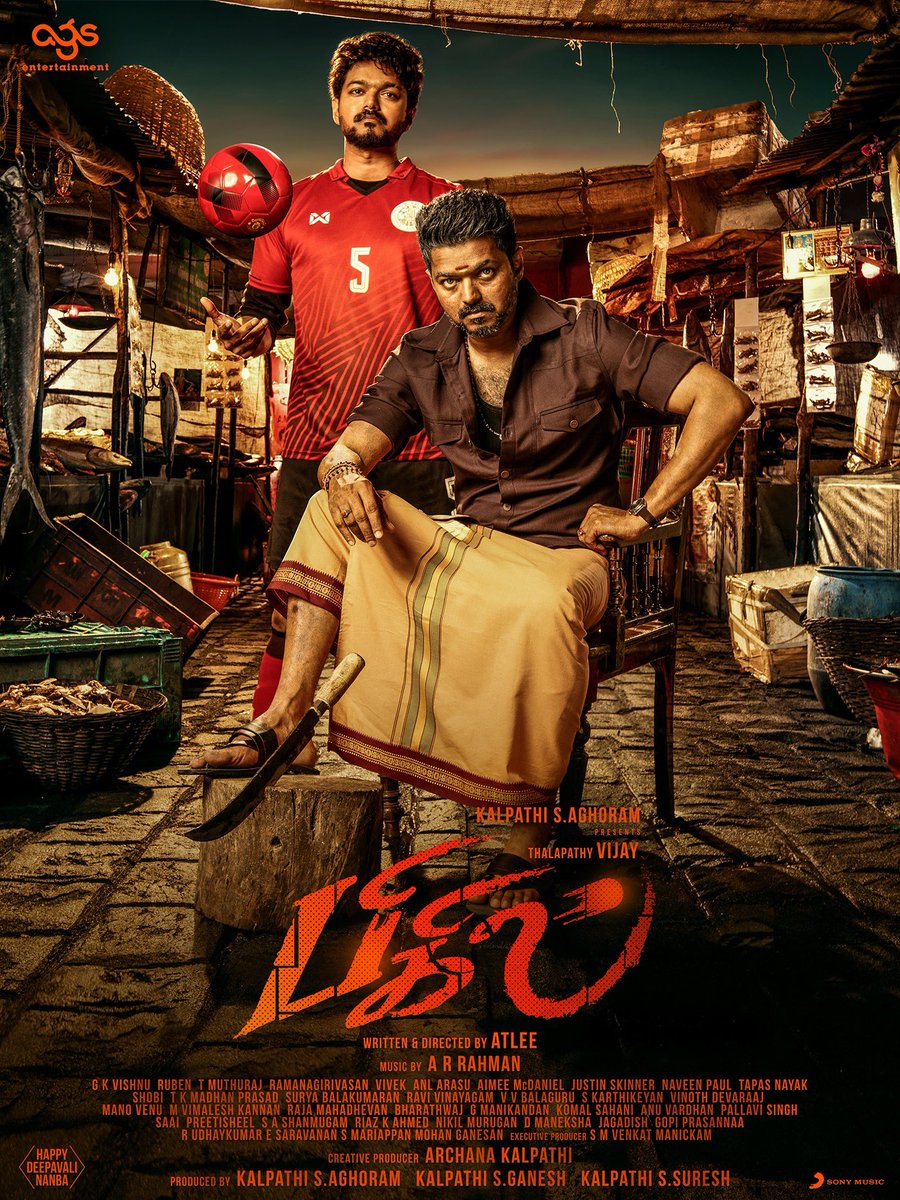 Yes, popular comedian Robo Shankar’s daughter making her debut through Ilaya thalapathy’s movie.  Robo Shankar has earlier in an interview, revealed that his daughter has been selected to play one of the girls who plays football and has expressed his absolute delight about the fact that she will be debuting in a movie of one of the biggest stars in India.. Now she took place in the poster of first single of Vijay’s Bigil.

Check out the poster here : 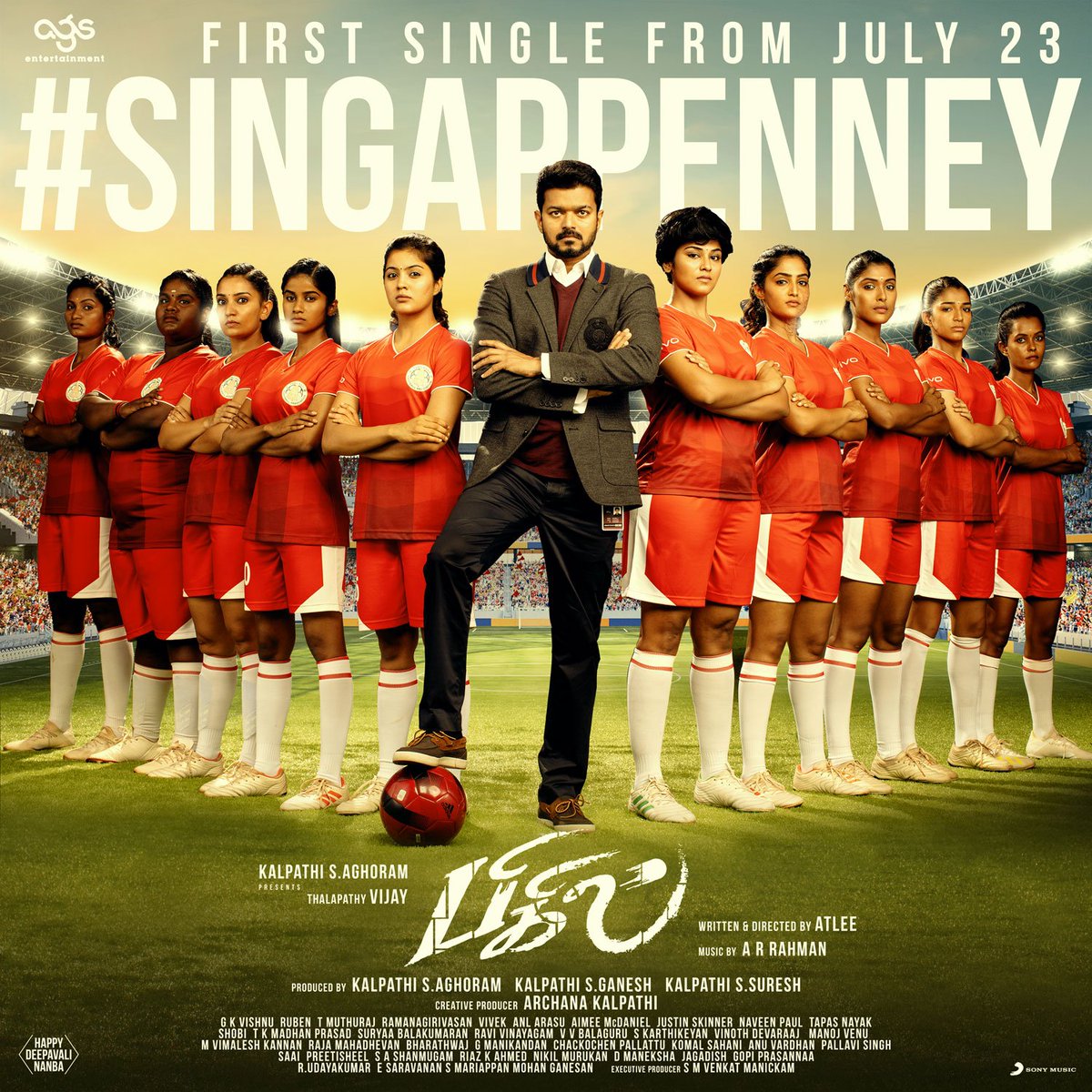 It is said that the song is a tribute from the film’s crew to all women. Composed and sung by AR Rahman, the lyrics of the song is penned by Vivek, who also wrote the hit song Aalaporaan Tamizhan from Vijay-Atlee’s previous collaboration Mersal.

It is not clear yet if Vijay is playing multiple roles like he did in Mersal, or if the poster depicts different stages in the life of the same character. The first look featured an older Vijay with speckles of grey in his hair sports a menacing look with an ‘aruval’ at his feet, while the youngster avatar is seen behind him tossing a Manchester United football casually.

JUST IN : This Controversial Contestant Got Evicted From BIGG BOSS HOUSE !! CHECK OUT WHO !!
Kavin’s First Movie Producer Revealed The True Face Of Him !! WATCH VIDEO !!