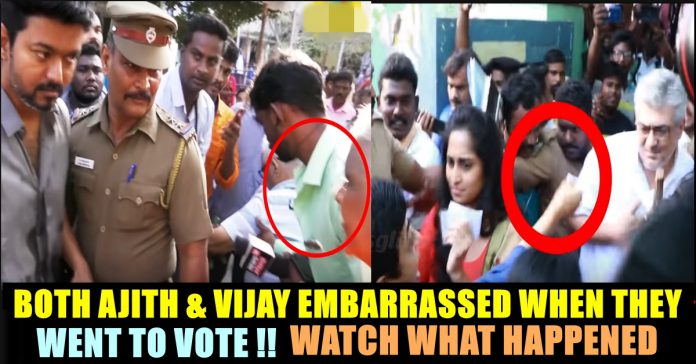 The people of Tamil Nadu casted their votes for this Elections 2019 and it’s not just the common folk but celebrities, too, who were waiting in the queue casted their vote. Rajinikanth and Thala Ajith were among the first ones to cast their vote on the morning of election day.

Actors turning politicians down South is quite common considering the fact that the last three CMs of the state have been from the entertainment industry. AR Rahman, lyricist Vivek, Gautham Kartik, Suriya and wife Jyothika have also tweeted photos after having cast their vote and urged people to do the same. In fact, Suriya came with his entire family to cast the vote. 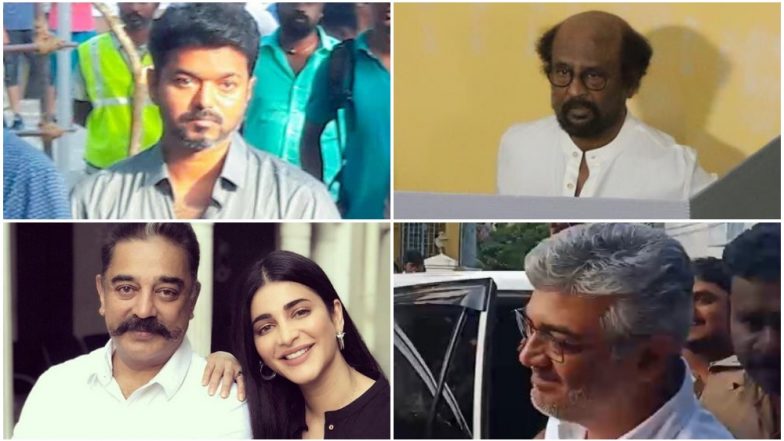 A recent video of toppest actors of Kollywood Ajith and Vijay voting at their respective polls going viral in social media. The video evidently suggests both the actors receiving curse from the public. The video of two women yelling at Ajith Kumar and Shalini as they step out after voting has taken over social media. Going by the video, it looks like people outside waiting in the queue were unhappy with the couple breaking the queue and casting their votes.

The video is receiving mixed views as many complained and compared to celebs to like Rajinikanth, Suriya and others who maintained the queue while voting. Looks like Ajith created a trouble situation for the commoners as many fans wanted to catch a glimpse of their favourite star.

Actor Vijay was also spotted outside a polling booth at Saligramam in Chennai, Tamil Nadu to cast their vote as India enters the Phase 2 of Lok Sabha Elections on April 18. The actor joined the queue along with the common people and cast his vote. Pictures and videos of him waiting in the line for his turn surfaced on the internet.

He also caught up in a similar situation where fans who wanted to take photos with him caused a commotion. An old man was seen struggling to get up as the crowd went out of control which caused a woman raise question directly to Vijay. 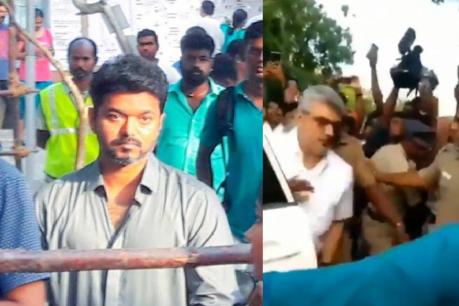 The reason behind these actors facing the wrath of public is not because their unplanned presence in the voting booth but the fans who wants to make use of this situation to meet their favourite stars. There is no alternative for this situation at all unless or until each and every fan realize the impact themselves.

On the work front, Ajith will be seen in Pink’s Tamil remake, Nerkonda Paarvai. The music for the film will be composed by Yuvan Shankar Raja where as Vijay’s Thalapathy 63 is gearing up for the Diwali release.