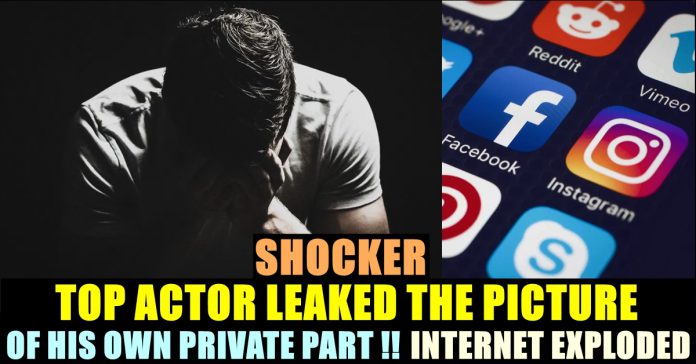 Chris Evans, a high profile Hollywood actor who is widely known as Captain America among Tamil audience, accidentally uploaded the picture of his private part in his official Instagram account through which he enjoys 57 lakh followers. The 39 year old actor deleted the picture immediately but it was too late as his followers took the screenshot of it only to make it go viral across other social media platforms. However, actions are being taken to stop the spread of the picture.

The accident took place when the actor tried to upload a video in his Instagram account on Saturday. While playing a game of “Heads up”, the “Knives Out” actor, shared a video with his 57 lakh followers without trimming the video clip, which then revealed a gallery of video and pictures, including one featuring a photo of an erect penis.

The actor immediately deleted the clip, but it was simply too late, as screenshot went viral across the micro blogging social media site. Reactions are pouring regarding the mishap that took place with enormous number of people making extreme fun of it. Despite of the several jokes being made on the incident, majority number of social media users are standing against spreading the picture.

“yes, Chris Evans accidentally leaked his own nudes on his own instagram. yes, it’s funny. but it was an accident and he deleted it, so please don’t share them. respect his privacy. protect him like he protected the world” a twitter user sarcastically wrote whereas a popular youtuber Manny Mua wrote “chris evans leaking chris evans nudes is the highlight of my saturday”

yes, Chris Evans accidentally leaked his own nudes on his own instagram

but it was an accident and he deleted it, so

How i’ll be sleeping knowing chris evans has me guarded 🥰 pic.twitter.com/tZVXxpDWsq

It’s been reported Chris evans has fell over 💔 wishing him luck recovering 🥺🥺 pic.twitter.com/koPzekJjlV

how i sleep at night knowing chris evans is guarding my pussy pic.twitter.com/PvWO1bCycf

Me before and after
That Chris Evans picture pic.twitter.com/ZzRP8eadcC

Everyone talking about Chris Evans nudes

Me searching desperately for the pics: pic.twitter.com/6PH7r9iVIW

Me: I’m so incredibly anxious about logging on to work the weekend shift tomorrow after five days of being offline

Chris Evans: I will leak my nudes

I can’t believe chris evans has leaked HIS OWN NUDES lol pic.twitter.com/Mxf7GavlA1

Me after seeing why Chris Evans is trending 🤤🥰 pic.twitter.com/tKhN8SawCf

Evans is currently rumoured to be dating actress Lily james. He was last seen in Rian Johnson’s “Knives Out” in a negative role. 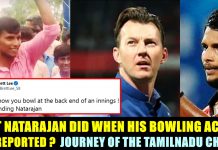 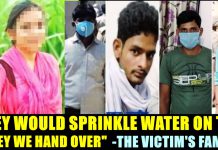 Dhiwaharan Palani - September 30, 2020
0
The 18th over Natarajan Thangarasu bowled against the Delhi capitals might not feature in the highlights package. The score card won't show...

Dhiwaharan Palani - September 30, 2020
0
Women's vulnerability to sexual violence is influenced by not just their gender but other marginalizations such as caste, sexual identity, class, disability,...