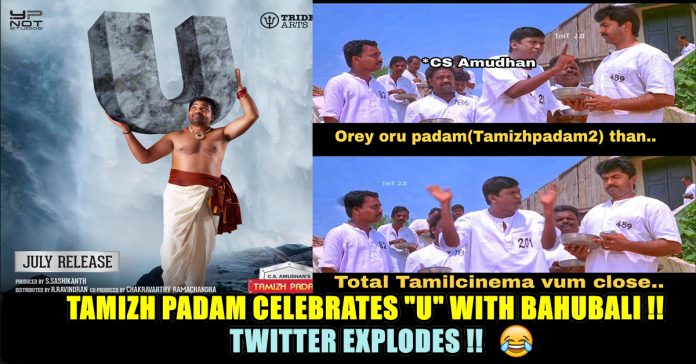 Now the movie crew received certification from the censor board and it is certified as “U”. To celebrate this the movie crew decided to troll the “legendary” movie poster of “Bahubali”. Seeing the the twitter went Rofl and here are some of the main comments :

U for Universal star 😍#OMT