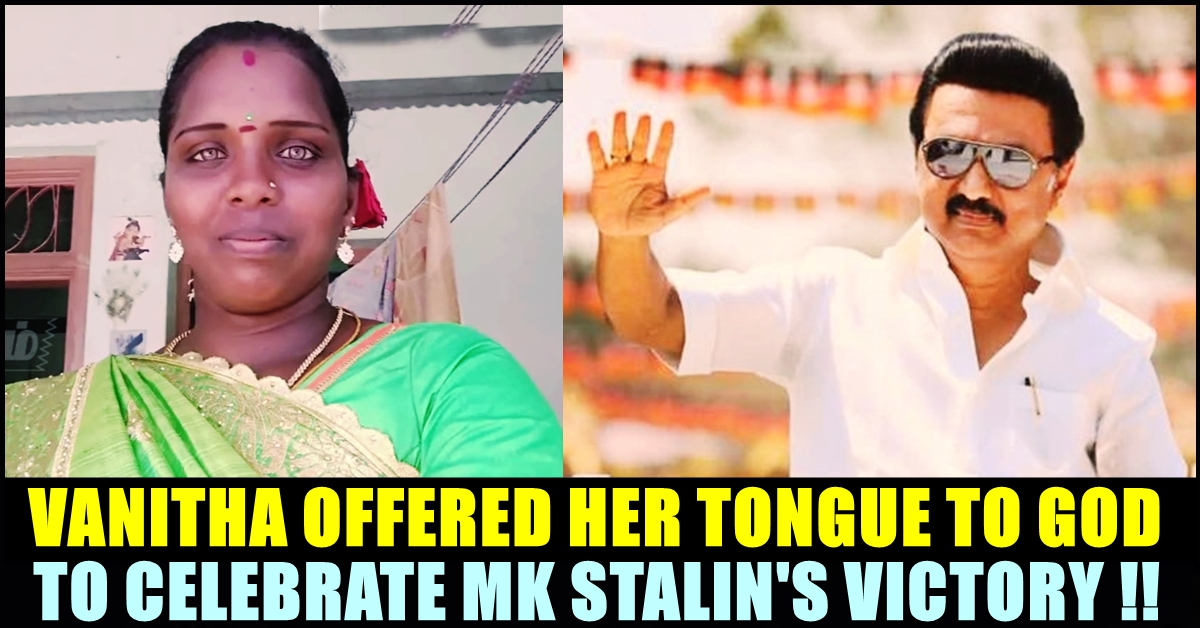 A Woman named Vanitha chopped her own tongue after Stalin elected as the Chief minister of state Tamil nadu. It is reported that she did it to fulfil the vow she made to God before the elections. The incident took place in the Ramanathapuram district of the state and the woman was admitted to a hospital as soon as she was found unconscious in front of a temple. MK Stalin led DMK voted to power in the Tamil nadu assembly alection by defeating their arch rivals AIADMK with a big margin.

Named as Vanitha, the 32 year old woman reportedly made a vow to God promising that she would sacrifice her tongue if DMK leader Stalin becomes the Chief minister of state Tamil nadu. Vanitha hails from a family of DMK sympathizers and was married to Karthick of Pothuvakudi in Paramakudi union. On Monday, Vanitha was found lying unconscious in the steps of a Muthalamman Temple in Paramakudi.

A tip of Vanitha’s tongue which she had chopped off as an offering was found on the steps of the temple, according to reports. She was bleeding from her mouth when she was found at the temple and was admitted to Paramakudi Government hospital immediately, the report added. Dr. N.R Naganathan, Chief medical officer of the hospital said that a tip of her tongue was missing.

However, he confirmed that there is no threat for the life of her. Dr. Naganathan heard that the wound was caused by herself to fulfill the vow she made to the deity prior election. The news left the people in shock which is evident through the comments are surfacing in Internet. “Such is the illiteracy and irrational people taking vow for perpetuating incompetence due to which countries progress is always delayed.” a social media user expressed his frustration whereas another one said “DMK Supporter cuts off part of her tongue to fulfill vow after MK Stalin’s victory. South Indian politics is some real Game of Thrones shit.“