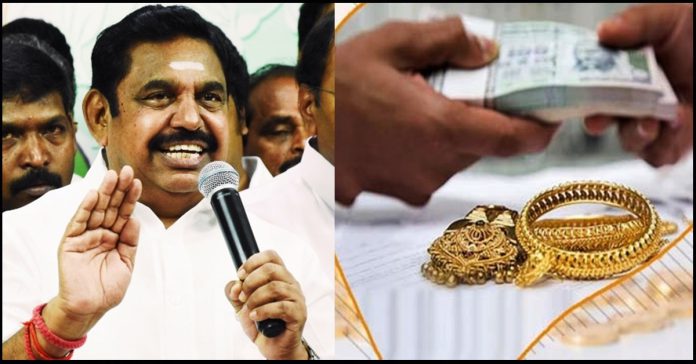 While making the announcement, Chief minister Edappadi K Pazhaniswamy said that the decision was made considering the hardship people are going through due to the COVID 19 outbreak. “People are struggling to payback the Jewellery loans they obtained from the cooperative loans due to the COVID 19 situation.” he said during his speech.

“Though the positive cases of COVID 19 virus got decreased, People couldn’t solve their economical crisis. Farmers and Public who have obtained loan from cooperative banks through jewels, are facing difficulties to pay the loan back due to the current situation. Considering their difficulties in paying the loan back, I am happily announcing that this Respected Amma government will be waiving their loans off up to 6 sovereigns” Chief minister Edappadi K Pazhaniswamy said.

During his campaign at the Viralimalai constituency, Chief Minister Edappadi K Pazhaniswamy has requested the public people who gathered to take COVID vaccine at...

After becoming the Chief Minister of Tamil Nadu, M.K.Stalin has been keeping up his electoral vows. He has started implementing them without any delays....