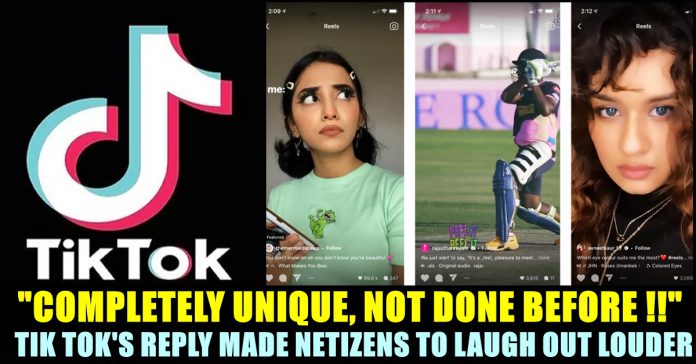 With Tik Tok’s ban in India, other prominent countries in the world are looking for alternatives as the future of the chinese based mobile application is uncertain. In what seems to be the most appropriate time, Instagram jumped in to market with a direct competitor to Tik Tok to lure some creators from it. Named as Reels, the Instagram feature got introduced in 50 countries on Wednesday whereas people in India already started using the future as an alternative to Tik Tok.

Indian government has banned 59 chinese mobile applications, including top social media platforms such as Tik Tok, Helo and We Chat to combat the threat posted by these applications to the country’s “sovereignty and security”. Shareit, UC browser and shopping app club factory are the other prominent apps that have been blocked amid rising tension between India and China following clashes at the border nearly two months ago.

This move could come as a blow to China’s Digital silk route ambitions, eroding the valuations of the companies. It also expected to lead more countries following India’s cue and acting against these apps, said sources. The government also raised complaints about data on users being transferred abroad without authorisation.

The launch of Reels comes as Tik Tok faces a potential ban in United states by President Donald Trump or a possible partial acquisition by Microsoft. Meanwhile, as a part of promoting, Instagram posted a tweet with a short video writing “Hellooooo, Reels, Introducing a new way to create and discover short, entertaining videos on Instagram. Reels is rolling out today to more than 50 countries around the world.”

Introducing a new way to create and discover short, entertaining videos on Instagram.

Reels is rolling out today to more than 50 countries around the world.

This tweet received mixed reactions but got wide attention after it got a reply from Tik Tok app’s official twitter account. The china based app said “well… this looks familiar” with a wink and thinking emoji.

Tik Tok didn’t stop there. It replied to a follower who asked the app to state its opinion on Instagram’s another post. “brilliant. show stopping. totally unique. completely not ever been done before.” wrote Tik Tok sarcastically trolling the launch of Reels.

brilliant. show stopping. totally unique. completely not ever been done before.

These tweets from Tik Tok app instigated various reactions from the twitter users. While some pointed out Tik Tok should be more worried out getting banned, others mocked Facebook for copying from others forever. The users highlighted how Instagram stories feature was an imitation of Snapchat’s feature and few argued the Tik Tok makers copied from Twitter’s erstwhile short video app Vine.

And Snapchat with stories

Yall banished my account unfairly, so from now im on ig team 🤷🏽‍♂️🤷🏽‍♂️🤷🏽‍♂️

Abhirami Venkatachalam, one of the Bigg Boss contestant who is known for appearing in "Nerkonda Parvai" movie has appeared in an interview with Behindwoods...

Modi Got Inspired From This England Pacer ??

England pace bowler Jofra Archer once again stunned Internet with his old tweets. His old tweets being relatable to current happenings is not something...