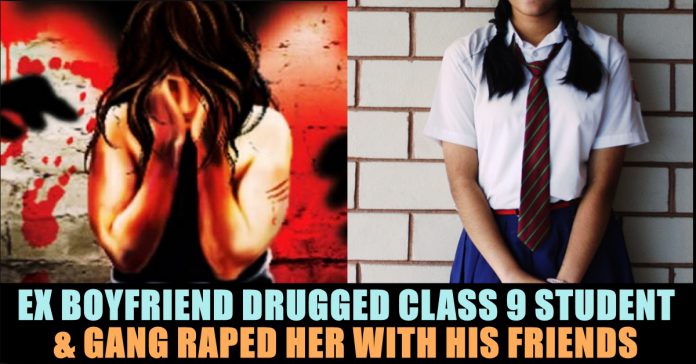 The Auroville police on Sunday arrested three persons, including a 19-year-old youth and a private bus driver, on charges of raping a 15-year-old girl after spiking her cool drink.

According to police, the girl from Navarkulam in Villippuram district of Taminadu was studying in a school at Gorimedu. She was having a love affair with an engineering college student Naresh.

In this backdrop,trouble erupt between the two and the girl stopped meeting him.Irate over this, Naresh threatened the girl and took her to the house of his friend Raja at Saiderapet on Saturday morning. There he gave her cool drinks laced with intoxicating drugs.

Since, the girl who left the house in the morning failed to return even after a long time,her parents lodged a complaint with Auroville police who registered a case. The names of the accused were given as Naresh, 19, son of Kumar of Kalaivanar Nagar, and his friends, Venkatesh alias Surya, 39 of Morattandi and Raja alias Rocket Raja, 32, a private bus driver.

They have been charged under the Protection of Children from Sexual Offences (POCSO) Act and remanded in custody.

According to the police, Naresh was known to the victim. He took her on his two-wheeler to a house in the suburbs in Puducherry on Saturday and raped her after spiking her cool drink. Naresh called his friends Surya and Rocket Raja over the phone who sexually assaulted her. The girl was abandoned near the house in a semi-conscious state. After regaining consciousness, the girl told her mother who lodged a complaint with the Auroville police. The three were booked under Section 5g of the Protection of Children from Sexual Offences (Pocso) Act, 2012, and the Scheduled Castes and Scheduled Tribes (Prevention of Atrocities) Act, 1989.

Speaking to TOI, Villupuram SP S Jayakumar said, “The suspects have been moved to Cuddalore and placed under remand. We will ensure the culprits do not go unpunished.” Police officers are planning to shift the girl to Puducherry GH for a medical examination.

Previous articleModi Pushed A Man To Give Pose For A Photograph !! This Tamil Actor Brutally Trolled Him !!
Next articleBailes Not Coming Off !! This Former Cricketer Comes Up With A Solution !!