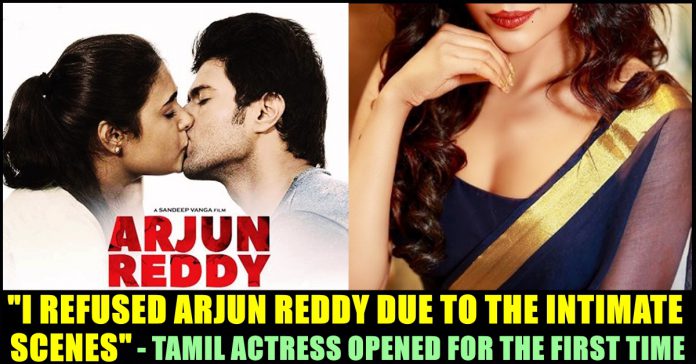 Actress Parvathi nair who is known for acting in Gautham Menon’s directorial “Ennai Arinthaal”, said that she missed to play the female lead in “Arjun Reddy”, a block buster Telugu film that gained fame for Vijay Deavrakonda and Shalini Pandey, while answering a fan’s question. The actress, after expressing her regret, hoped that she will get more beautiful projects in the future. Parvathi said that what’s meant to her will come her way.

Parvathi made her acting debut with the 2012 Malayalam film Poppins. She rose to fame among Tamil cinema’s mainstream audience after acting in Ajith kumar’s “Ennai Arinthaal” as one of the female leads. She paired opposite to Arun Vijay who played the role of an antagonist in the film. She did notable roles in some of the other Tamil films including “Uthama Villain”, “Maalai Nerathu Mayakkam”, “Koditta Idangalai Nirappuga” etc. The actress is pretty much active in social media platforms by interacting with her followers.

She is also busy uploading her posts from her photo shoots and often conducts questions and answer sessions. Check out some of her recent posts below :

On Thursday, she conducted a question and answer session with her Instagram followers. Most of them asked her about what kind of guy she would prefer to marry and some of them expressed their love towards her. Among the many, a user asked whether it is true she refused to act in Arjun Reddy due to the intimate scenes. He also asked whether she is regretting the decision now.

“Is it true that you refused to do Arjun Reddy because of intimate scenes? And do u now regret declining it?” he asked to which the actress said that it is true. “Yes That’ s true !it was a beautiful film which I should not have missed. But I do believe what’ s meant to be yours will_ come to you
eventually so m sure more beautiful movies that are MEANT TO BE MINE will come my way :)” reply of the actress read.

Many others asked the actress to tell her education qualification, height, weight, marital status etc. Check out the actress replied below :