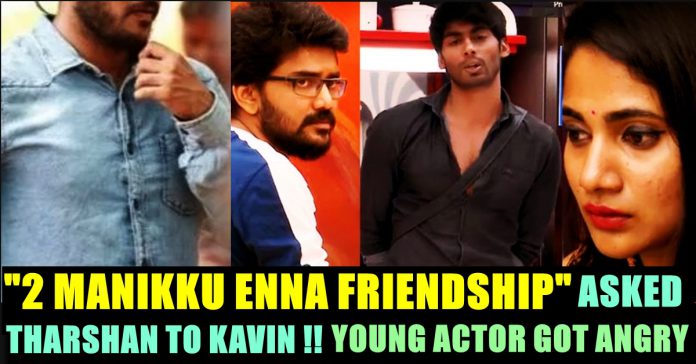 Bigg Boss Tamil show which is grabbing the headlines for various reasons since the initial episode, surprised its audience by eliminating Meera Mithun in last Sunday’s episode. For her hypocritical statements and blatant lies , Meera Mithun garnered less number of votes from the viewers of Bigg Boss.

After her eviction, Bigg Boss started the 5th week with open nomination among the existing contestants. It all started when Sakshi nominated Kavin for his behaviour with her in the previous weeks. Yesterday, Kavin explained what happened between him and Sakshi to every other contestant.

The first promo of today suggested Kavin denying to talk with Sakshi as he thinks that she manipulates him. Losliya who takes the responsibility for Sakshi’s situation requested everyone not to talk with her. In the second promo, the housemates confronted Kavin why he mingled with Losliya as soon as breaking up with Sakshi. 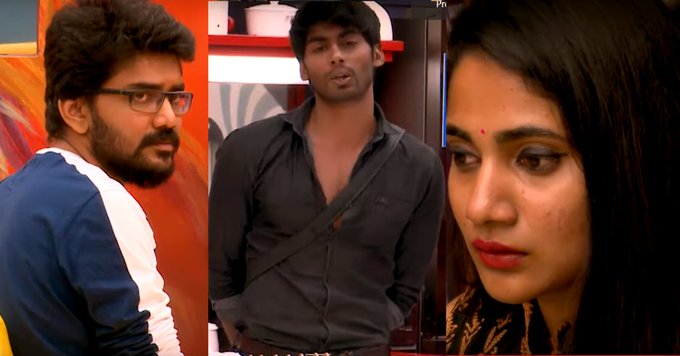 Reshma, Tharshan, Madhumitha, Saravanan seen questioning Kavin about his friendship with Losliya. They even questioned about what happened between them at 2 “o” clock in the midnight. Watch the two promos here : 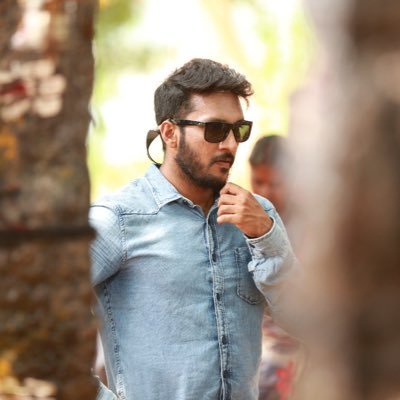 On seeing Tharshan questioning Kavin, dance master Sathish who is one of an ardent follower of Bigg Boss, lost him temper and posted comments against Tharshan. Check out his series of tweets here :

Don worry sakshi as u wanted u will be out this week u r feeling really heavy . Reshma pls don turn the viewers against keep quiet for 7 days .

Sathish who is following Bigg Boss since last season was a Choreographer/ Actor who was initially known for winning the title in the T V dance show “Maanada Mayilada”. He was widely known for his appearance in Gautham Menon films like “Achcham Enbathu Madamayada” and “Varanam Aayiram” as protagonist’s friend.

What do you think on his views on this issue ?? Comment your views below !!