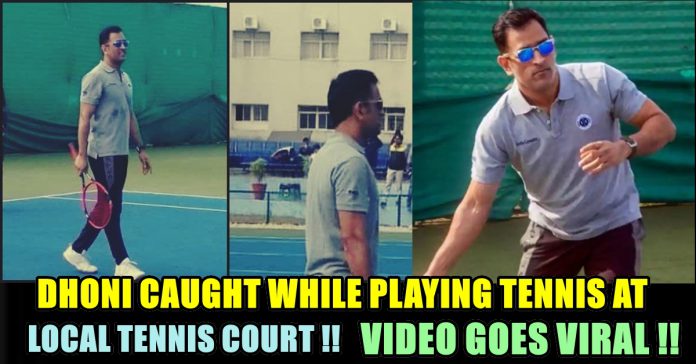 With the India-Australia ODI series being more than a month away, wicket-keeper Mahendra Singh Dhoni was pictured trying his hand at tennis in his hometown of Ranchi on Tuesday.

MS Dhoni is currently enjoying his time away from cricket at his hometown in Ranchi. The former Indian captain is done with his international duties for the year and will be next seen in action for team India in the ODI series against Australia, starting next year. Dhoni on Tuesday tried his hands at tennis and made his debut on the court in a local tournament in Ranchi. Dhoni is known to be an avid sports enthusiast and never misses out on trying his hands at sports other than cricket. While his love for football is no more a secret, Dhoni is also a passionate badminton player. And now it seems he can play some tennis too as he took part in the JSCA Country Cricket Club Tennis Championship. Dhoni played in the doubles category of the tournament and some pictures and videos of him playing tennis were shared by his fan accounts on Instagram.

Dhoni wasn’t part of the recently-concluded T20I series against Australia, which the ‘Men in Blue’ drew by winning the final game in Sydney.

Dhoni was seen playing tennis at the Jharkhand State Cricket Association (JSCA) International Cricket Stadium in Ranchi amidst the curious eyes of people who were present there. 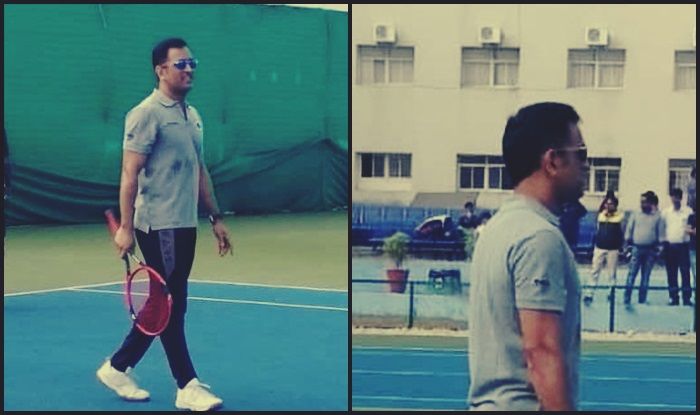 The tournament started on Monday and will conclude on November 30. There are several categories including men’s and women’s singles but Dhoni decided to play in the doubles category. He was recently spotted playing football with his friends from the Bollywood fraternity in Mumbai. The veteran wicket-keeper batsman was not the part of the T20I squad for the recently-concluded series against Australia. 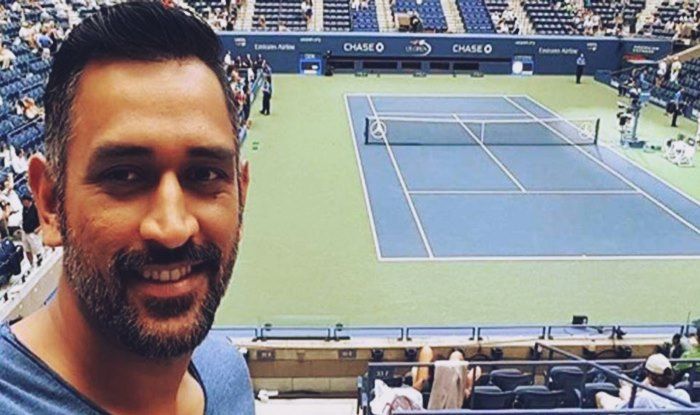 He has already retired from the longest format of the game and will return to action in the ODI series against Australia which starts after the conclusion of upcoming Test series which start from December 6. Dhoni did not enjoy a great 2018 and was bashed largely for his failure with the bat. While he remains as sharp as ever behind the wickets, his poor form with the willow has been a big concern for Virat Kohli and co. 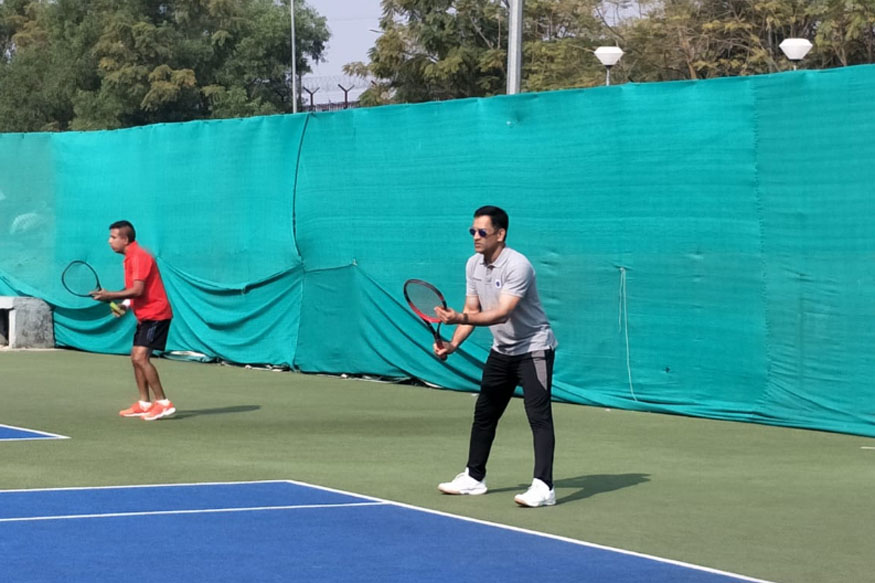 Since not being named in the T20I series against Windies and Australia respectively, Dhoni has been keeping himself busy doing promotional activities and commercial assignments. Earlier, he was pictured playing Kabaddi as he shot a promo for the Pro Kabaddi League.

Dhoni will return to the Indian line-up when the team will clash against Australia in the ODI series, starting January 12. Virat Kohli and his troops will play against the Aussies in Sydney, Adelaide and Melbourne respectively in the three-match series.