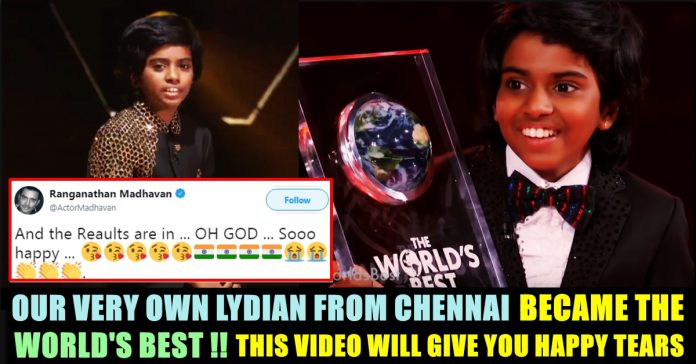 Lydian Nadhaswaram, is a Chennai-based pianist to watch out for. Though his fingers are not long enough to reach the octaves, his piano-playing ability will leave you stumped, especially when you hear him play the fastest and the toughest western classical pieces.

A young Bach, Mozart or Debussy in the making, Lydian’s control and composure at the piano is mind-boggling. Some time back he was gifted a baby Grand Steinway piano by Michael and Sukey Novogratz who heard him play just once. In August 2017, he was invited for a concert in Australia where he played the tabla which he had mastered in barely 8 months. In November 2017, Lydian appeared on the Susana Giménez TV show in Argentina, viewed by millions in South America. He ended 2017 with the Horlicks Award for Music.

CBS’ The World’s Best has introduced America to some truly incredible talent, and by the finale, it was clear each and every competitor had a shot at winning one of modern television’s more entertaining game shows. 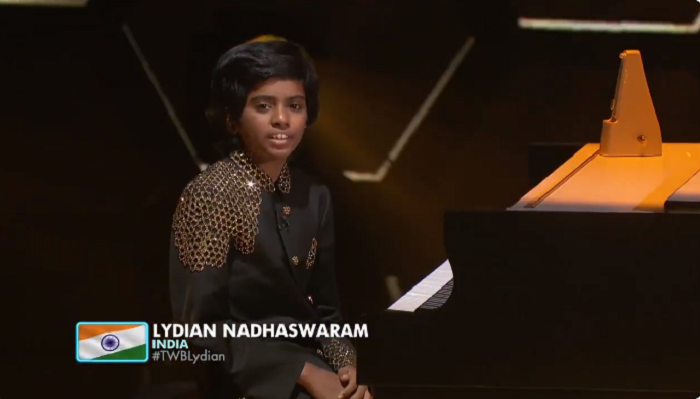 The World’s Best,” the audacious global talent contest hosted by James Corden that premiered on Super Bowl Sunday. The competition announced the winner and it is none other than our very own Lydian.

Check out this video of #LydianNadhaswaram being welcomed by @arrahman at KM Music Conservatory pic.twitter.com/CcOgiTQKAt

The video is now out on Youtube and it sure will gives us an happy tears while watching the winning moments of the 13 year old kid. Lydian, son of Sathish from India known as the “Mini Maestro,” captured the $1 million top prize. He topped South Korea’s Kukkiwon, a.k.a. “The Flying Taekwondo Masters.”

Earlier the kid was in headlines for many of his performances but the recent one blew everyone.  Playing the ‘The Flight of the Bumblebee’ by composer Nikolai Rimsky-Korsakov on the show, Nadhaswaram first it at normal speed. And then he played two other faster variations, leaving the judges awestruck.

The host of the show, James Corden, posted a video of the performance, saying it was “one of the best things I’ve ever seen live.”

The feat earned Nadhaswaram a standing ovation from the judges, among whom were Drew Barrymore, Faith Hill and RuPaul. His father Sathish Varshan, a music composer himself, looked on teary-eyed.

According to The Hindu, the self-taught virtuoso began playing the drums when he was all of two years old. By the time he was eight, he could play pieces by Mozart, Beethoven, Chopin and Liszt on the piano. He can play Guitar, Tabla and the mridhangam as well.

He indeed made us all proud ain’t he ?? Let us pour him our best wishes !!

Previous articleGayathri Raguramm Wants Julie To Go To Police For The Filthy Comments !! Check What She Has To Say !!
Next articleThis Paksitani Old Man’s Marketing Skill Will Make You Go “WOW” !! Check What He Did !!

“Car Or Bike ?? Whose Mistake It Is ?/” Netizens Debating Over Fatal Road Accident !!

A shocking video of a speeding car hitting a two wheeler, driver of which tried to cross the road is doing rounds in social...