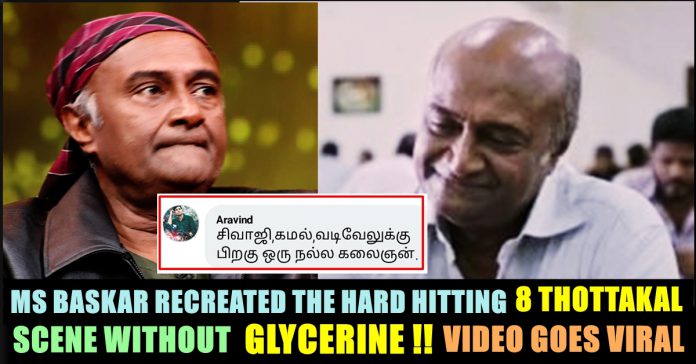 Muthupandi Somusundaram Bhaskar is an Indian actor. Before entering to film, he was a theatre artiste, he made his film debut in 1987 in a small role in the film Thirumathi Oru Vegumathi. This was followed by several films in the 90’s, in which he appeared in very minor or small roles. He has appeared in supporting roles in Tamil films and as a comedian in Tamil TV series. He is one of the regular cast and widely recognised supporting and comedy actor in Tamil cinema.

The recent video of the actor recreating the widely acclaimed scene in his 8 Thottakkal film without glycerine is just winning hearts all over. The actor narrated the incident that happened during the scene was shot. Sri Ganesh, debutant who directed the movie suggested M.S Bhaskar to take glycerine to make it look realistic as he was required to cry in that particular scene. But Bhaskar says that he refused it and went for the shot at one go.

The actor who enacted the entire scene uttered the dialogues which the scenes contained without flaw and also shed a drop of tear while finishing it. “One should not ask for glycerine in between acting scenes. They should feel it while acting” said the actor who received standing ovation for his recreation. 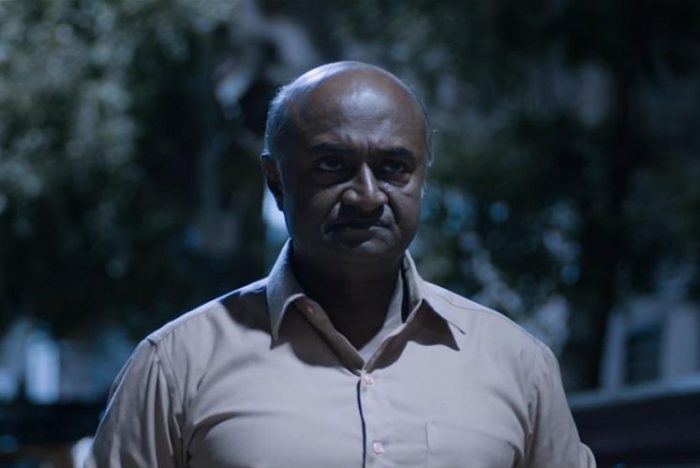 The video received more than seven thousand reactions and a thousand shares on the colors Tamil Facebook page. Check out some of the people’s comments who went awe on this performance of MS Baskar : 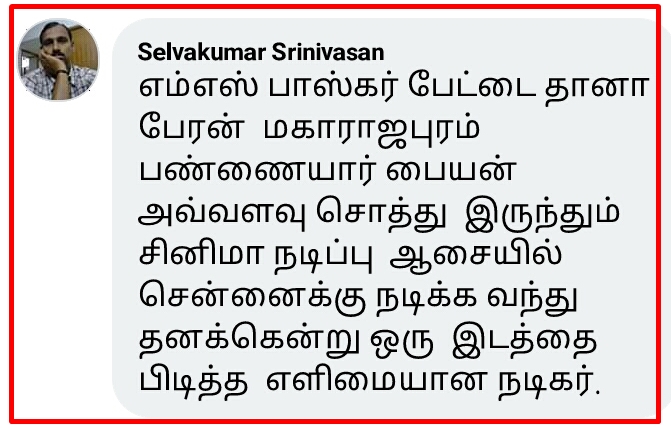 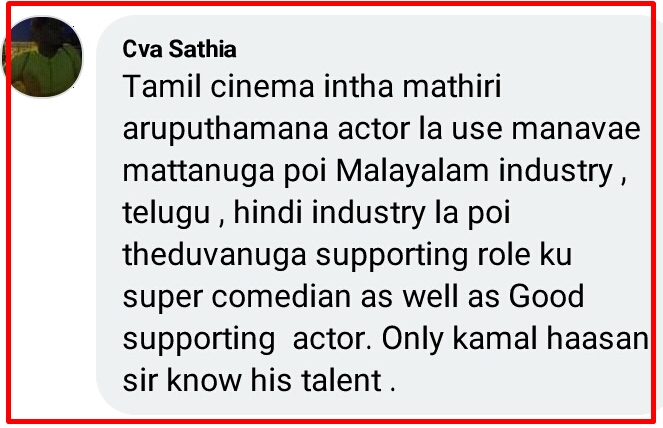 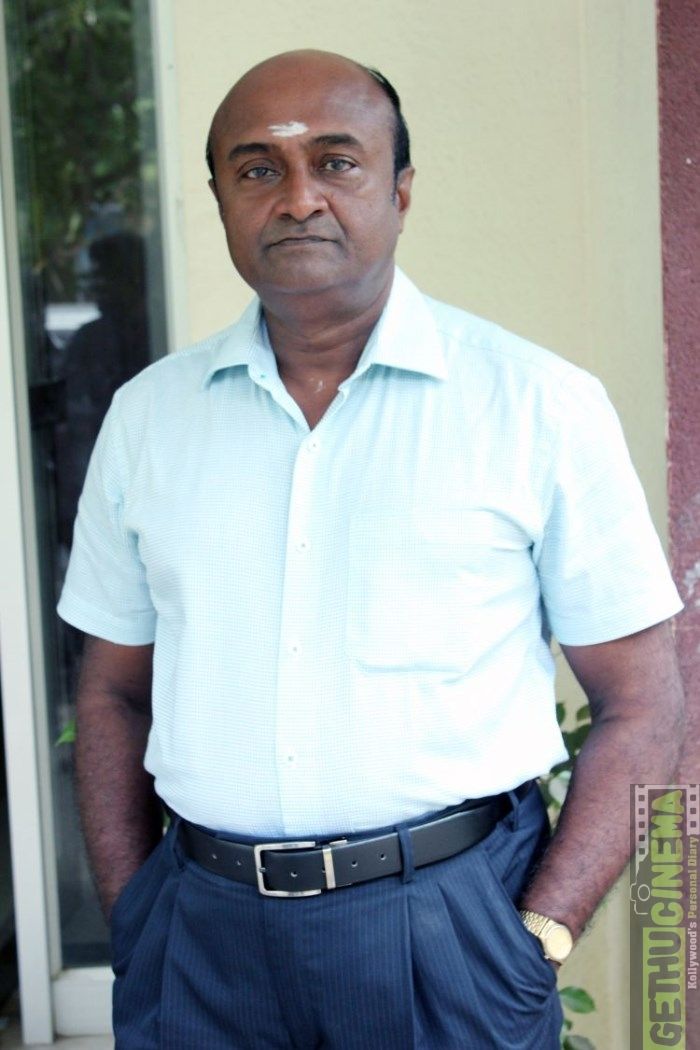 In an earlier interview after 8 Thottakal’s release MS Baskar said “I consider Sri Ganesh as my son, he should make more quality films like 8 Thottakkal”, adds the actor. Started as a comedian, MS Baskar is also known for his effective character roles in films like Radha Mohan’s Mozhi and Kamal Haasan’s Uttama Villain. MS Baskar was last seen in Vikram Prabhu’s Thuppakki Munai in which he did the role of rape victim girl’s father. He is also yet to be seen in Cheran’s comeback movie “Thirumanam” which is gearing for it’s release.

And as we all know MS Bhaskar’s son debuted in acting through the recent blockbuster 96 in which he played the role of junior Vijay Sethupathi. His daughter Aishwarya Bhaskar also made her acting stint through Youtube channels. She is also a popular dubbing artist like her father.