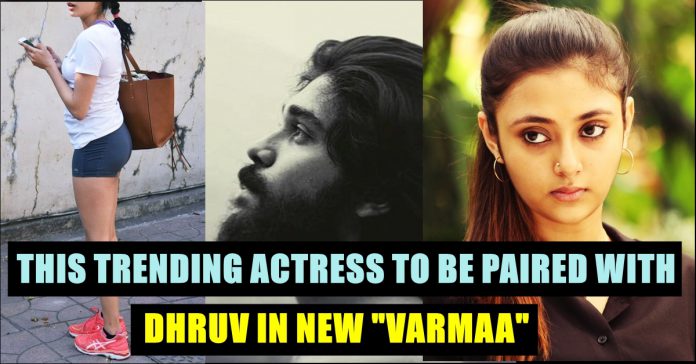 Dhruv Vikram, son of maverick actor Vikram was supposed to make his acting debut with director Bala’s Varmaa. However, it looks like his debut has to wait for another couple of months. Varmaa, as we know, is the official Tamil remake of Telugu blockbuster flick Arjun Reddy that starred Vijay Deverakonda and Shalini Pandey.

In a shocking turn of events, E4 Entertainment has announced that they were unhappy with the final version of the film and that the film will be re-shot completely with Dhruv Vikram playing the lead role. Initially, E4 Entertainment had associated with Bala’s B Studios to fund the Tamil version of Arjun Reddy. Now, the former has said, “We, at E4 Entertainment, are not at all happy with the final version handed over to us and due to various creative and other differences, we have decided not to release this version. Instead, we will start afresh, and shoot a new version of ‘Arjun Reddy’ with Dhruv as the main lead staying true to the soul and intention of the original.” 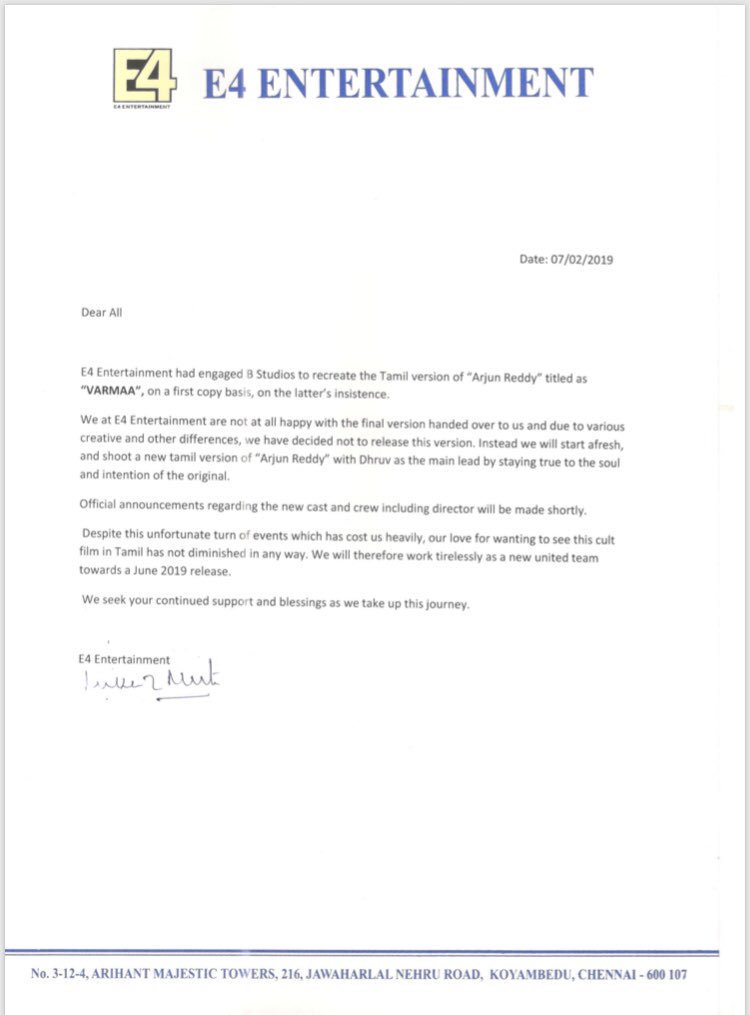 Going by the press release, it looks like director Bala and members of E4 Entertainment had a major fallout as he will also be replaced in the new version of Varmaa.

The official announcement regarding the cast and crew of the film will be announced shortly. The press release also read, “Despite this unfortunate turn of events which cost us heavily, our love for wanting to see this cult film in Tamil has not diminished in any way. We will, therefore, work tirelessly as a new united team towards a June 2019 release.” Varmaa had newcomer Megha Chowdhury, Eswari Rao, Raiza Wilson, Akash Premkumar and Sandra Amy in pivotal roles. Now, it is unclear whether all of them would be replaced or not.

Earlier it was rumoured that ace filmmaker Gautham vasudev Menon is going to replace director Bala. There is no clarity on whether the filmmaker has agreed to helm the movie. It is believed that the talks are still on. Premam director Alphonse Puthren also approached to do the project says report.

Now the latest buzz is that Jhanvi Kapoor is the eldest daughter of the late Indian actress Sridevi and film producer Boney Kapoor, has been roped in for the female role says IB times report. Jhanvi was born on March 7, 1997 in Mumbai and did her schooling from Dhirubhai Ambani International School, Mumbai. She later pursued acting course from Lee Strasberg Theatre and Film Institute, California. In 2015, Jhanvi declined a role opposite Mahesh Babu that was offered to her for her debut.

Janhvi also roped in to do a cameo role in Ajith-Vinod Kumar’s Pink remake says reports. But let us wait for official confirmation on both the rumours.