Uriyadi 2 is a 2019 Indian Tamil-language political action thriller film directed by Vijay Kumar and produced by actor Suriya’s 2D Entertainment. A spiritual sequel to the 2016 film Uriyadi, it released on 5 April 2019. Uriyadi is receiving largely positive reviews from the critics and from fans as well. The film stars Vijay Kumar in lead role, while ‘Parithabangal’ fame Sudhakar and Vismaya are said to be playing crucial characters in the political action thriller.

The project which is bankrolled by Suriya’s 2D Entertainment has music by ’96’ fame Govind Vasantha. While Praveen Kumar is behind the lens, Linu M has taken care of the editing department.

It must be noted that ‘Uriyadi’ was well received by the audience despite its limited screen release. The film also won many awards including ‘Best Debut Actor – Vijay Kumar’ (Ananda Vikatan Cinema Awards) and ‘Best Production’ (Norway Tamil Film Festival).

Now as the movie is released now tracker Ramesh Bala posted a tweet regarding the collection details of the movie. The first part of the movie became popular only after releasing in Tamil rockers, a vicious movie downloading website which is constantly releasing the new movies illegally.

In it’s release time the director even thanked to Tamil rockers for making it popular. Now in his collection details Ramesh Bala said that the movie has beaten the lifetime collection of the first part which shows the belief in Vijay Kumar.

Ramesh Bala wrote “#Uriyadi2 in 1 day has made more money than #Uriyadi Part I ‘s Lifetime gross in TN..Happy for @Vijay_B_Kumar Bro who made #Uriyadi Part I with all his and his family’s lifetime savings..His conviction has won eventually..”

#Uriyadi2 in 1 day has made more money than #Uriyadi Part I ‘s Lifetime gross in TN..

Happy for @Vijay_B_Kumar Bro who made #Uriyadi Part I with all his and his family’s lifetime savings..

His conviction has won eventually.. pic.twitter.com/X43zFBP9rT 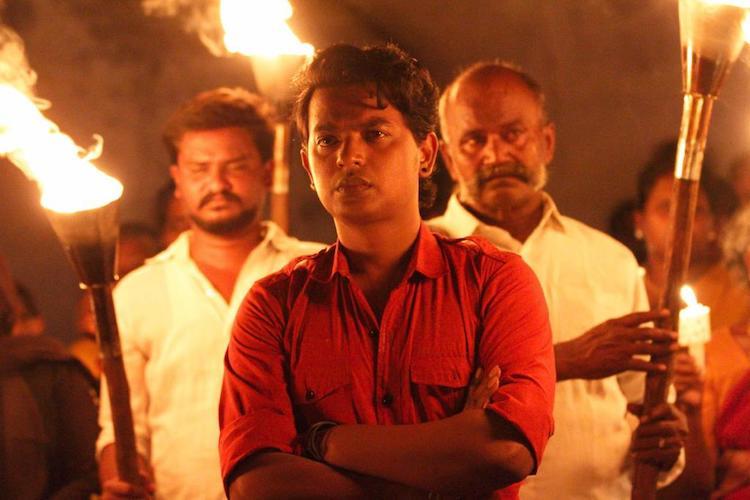 On seeing this tweet Vijay Kumar who felt proud and thankful said that the way he appreciated the movie shows his love. He also thanked everyone who helped the movie to reach larger audience.

Super movie bro pls making another film full of about caste base in Tamil. Nadu

Have you watched the movie yet ?? Comment your views below !!

Previous articleBailes Not Coming Off !! This Former Cricketer Comes Up With A Solution !!
Next articleRavi Ashwin Again Took Wicket At The Non-Striker’s End !! Here’s How Prithi Ashwin Reacted !!