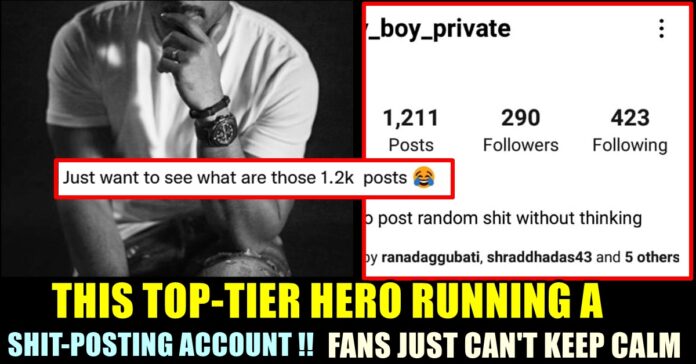 Actor Allu Arjun who recently turned Pan Indian star through “Pushpa”, is running a private account to shit post and fans just can’t keep calm after knowing about it. The account is being followed by a number of notable celebrities and the actor is seemingly running the account for a very long time as it contains 1200 plus posts.

Being one of the prominent stars of Telugu film industry, Allu Arjun is enjoying a huge fan base across the country. He debuted as a lead actor through “Gangotri” in the year 2003 and went on to give blockbuster films such as Arya 2, Vedam, Julayi, Race Gurram, S/O Satyamurthy, Rudhramadevi, Sarrainodu, DJ: Duvvada Jagannadham, Ala Vaikunthapurramuloo.

The 40 year old actor gained Pan Indian status after acting in the film “Pushpa” directed by Sukumar. Allu enjoys huge fan base and is one of the highest paid actors in the country. The actor, for his official Instagram handle, enjoys 18 million plus followers and the only person he follows through the account is his wife Sneha Reddy. The actor has posted 544 posts so far and has added “Actor” in his bio.

Now, to everyone’s surprise, the actor caught running a shit-posting account on his own. Fans concluded that the account is being maintained by Allu Arjun himself after witnessing renowned celebrities such as Samantha Ruth Prabhu, Trisha Krishnan, Hansika, Rana Daggubati, Shraddha Das, Lakshmi Manchu and others following the account. 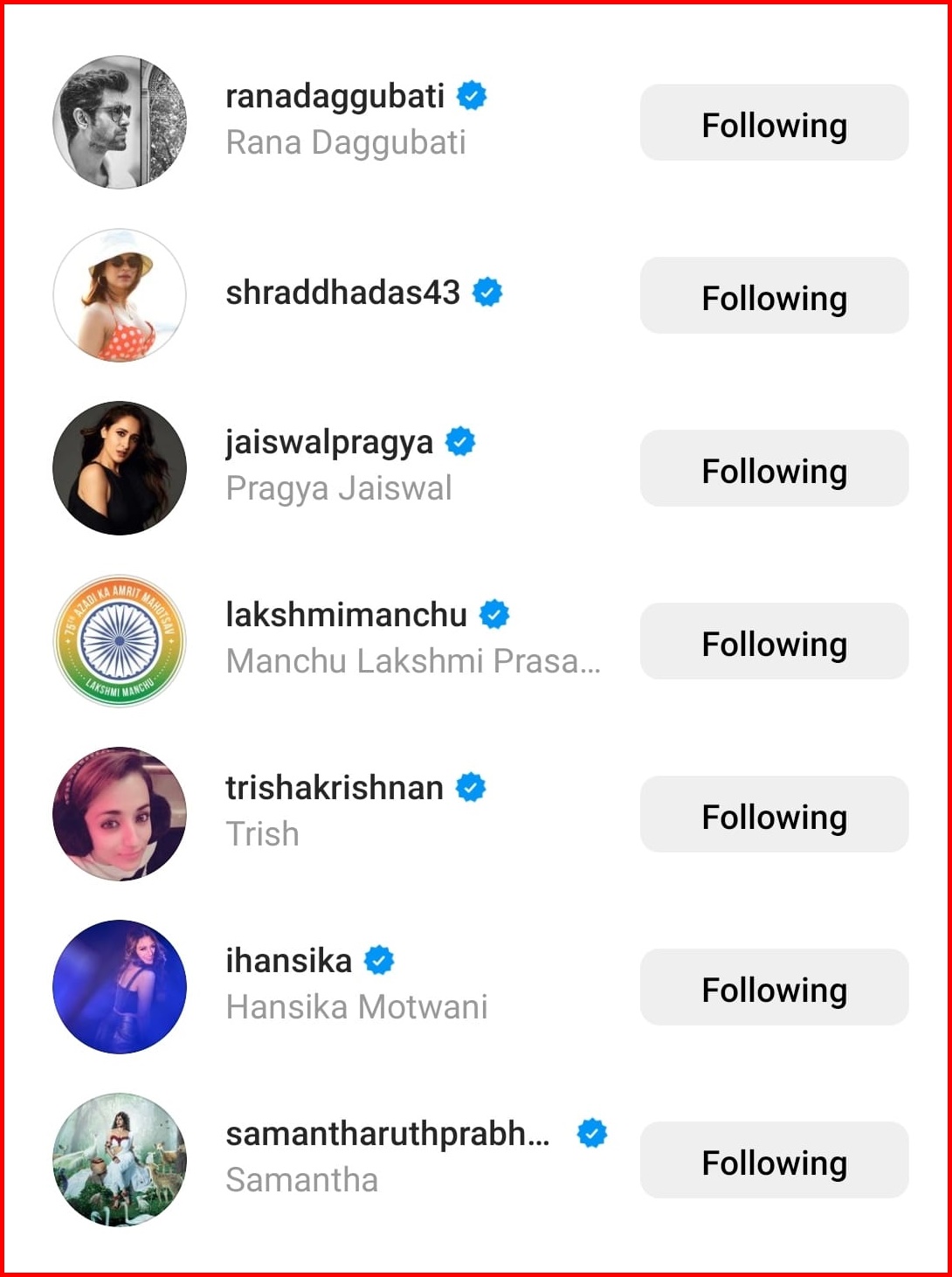 Naming the account as “Bunny boy private”, the actor added “Private account to post random shit without thinking” as the account’s bio. Activating the Private mode, Allu allowed only 290 people to follow the account so far and is following 423 Instagram users through it. the account is being maintained for a long time it seems as 1200 plus posts were uploaded so far. 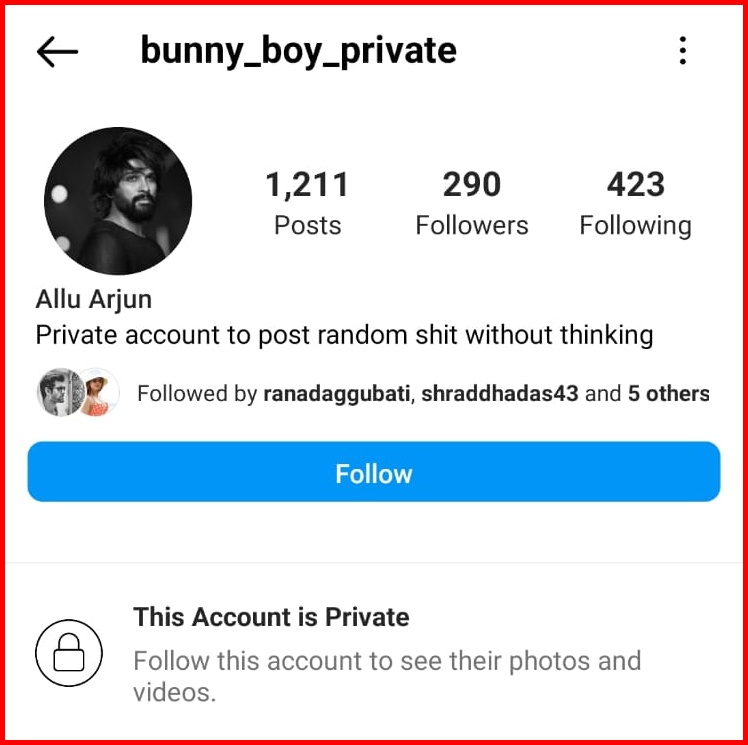 Check how fans reacted after finding out that the account belongs to Allu Arjun :

Just want to see what are those 1.2k posts 😂 https://t.co/Fx8TmSdJXT

Sent him a request like aeons ago. Still, the fooker hasn’t accepted 😭 https://t.co/3paJdeKodv

you all are too late to find this https://t.co/JkMNhFI46p

Dq, Dhruv too has a private account.
Almost all celebs🙂 https://t.co/0IwBFEBNML

Previous articleActress Nakshathra Complained Against Se*ual Harassment That Took Place In A Bus !
Next articleActor Ajith Kumar’s Important Message To His Fans !!

Not a surprise that Sachin Tendulkar is one of the most followed icon in social media. Having more than 3 crore followers in Twitter,...