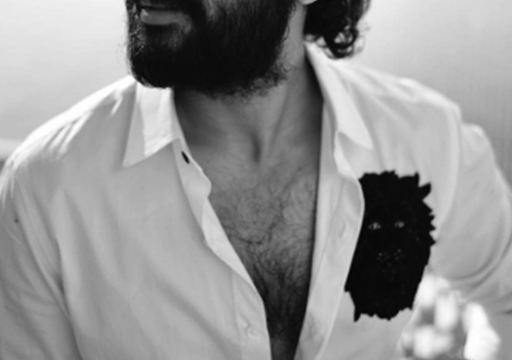 Emerging Pan Indian star Allu Arjun who recently acclaimed nationwide recognition through his film “Pushpa : The Raise”, reportedly refused to act in a tobacco advertisement despite being offered a huge money as salary. The actor who doesn’t have smoking habit in real life, said that he didn’t want his fans to follow him after seeing the advertisement as the habit is harmful and addictive, according to reports.

All Arjun who predominantly works in Telugu film industry, was born in Chennai, Tamil nadu to film producer Allu Aravind and Nirmala. The actor who speaks Tamil language well, grew up in Chennai and went to St. Patrick school in Chennai for his studies. Arjun moved to Hyderabad from Chennai during his 20s as his native is Palakollu of West Godavari district, Andhra Pradesh.

The actor who got debuted as an actor in the year 2003, got his breakthrough from a film named Arya which released in the year 2004. Some of his notable works includes Arya 2, Vedam, Son of Sathyamoorthy, Ala Vaikunthapuramuloo etc. However, the actor gained widespread acclaim through “Pushpa : The Raise” which released recently.

The 40 year old actor who enjoys a huge fan following across the country, recently grabbed the headlines after saying “no” to an endorsement of a tobacco product. The actor was offered a huge amount to act in the advertisement but refused to do so, according to reports.

A source close to the actor said that the actor rejected the offer without a second thought as he himself would not consume it personally. Allu didn’t want his fans to watch him in the advertisement and start consuming the product as he is well aware of his influence among the youngsters of the country.

He didn’t want his fans to consume tobacco and harm themselves and also didn’t want them to get addicted to it. Allu Arjun is known for endorsing habits such as planting trees which would cause positive impact on the environment. As far as smoking and drinking in movies is concerned, the actor feels that it is not in his control but he is doing his best in spreading awareness against smoking and other harmful habits.

Fans are heaping praise on the actor for his decision and are also slamming Bollywood actors such as Shah Rukh Khan, Ajay Devgan ans Akshay Kumar who are involved in promoting Vimal pan masala product. Akshay kumar, on seeing fans expressing their displeasure over his presence in the recently released Vimal ad, released a press note regretting about it and made sure that he will be mindful in the future. Read : Fans Thrashed Bollywood Stars For Endorsing “Vimal Pan Masala”!! Here’s Akshay’s Response

Check out some of the reactions on Internet that surfaced regarding the decision made by Allu Arjun :

Tollywood Actor Allu Arjun was offered a large payment for an endorsement by a Pan Masala brand, but he rejected the offer.

This is what Bollywood actors Ajay Devgan, Shahrukh Khan and Akshay Kumar need to learn from him.

Allu Arjun has been very outspoken about not using tobacco. He maintained his firm stand against tobacco.@alluarjun pic.twitter.com/rnLsZ4J98D

But at other end, the so-called bollywood stars are shamelessly promoting ‘Pan Masala’

That’s why Bollywood is collapsing!

Actor @alluarjun was offered to appear in a Tobacco Ad. & the money offered was too huge! But the actor who is currently basking in the glory of #Pushpa ‘s success, said no! @draramadoss has appreciated his gesture. @urkumaresanpro pic.twitter.com/eYosZhtXst

On Wednesday, Deepinder Goyal, founder of Zomato, came up with a tweet complaining against Swiggy for delivering food after 8 PM amidst COVID 19...

TV actress Sameera who is known for appearing in Vijay TV serials such as "Pagal Nilavu", "Rekka Katti Parakkudhu Manasu" and others reacted to...