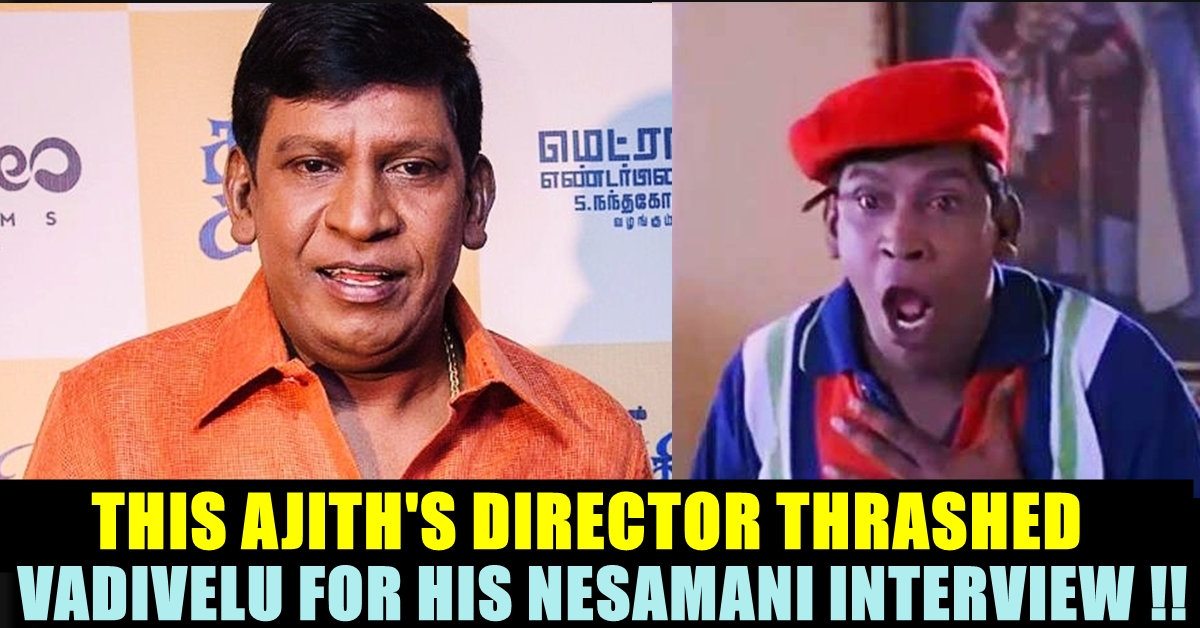 Followed by producer T.Siva, “Moodar Koodam” Naveen and Samuthrakani, Venkat Prabhu who is considered as one of the top director of Kollywood also condemned Vadivelu for his recent interview where he allegedly disrespected Director Chimbu Devan and Director Shankar.

Vadivelu is a veteran comedian in Tamil cinema who is not very much active in his field currently. Being one of the celebrated comedian among Tamil audience, Vadivelu recently went viral for a character which he done before 20 years. 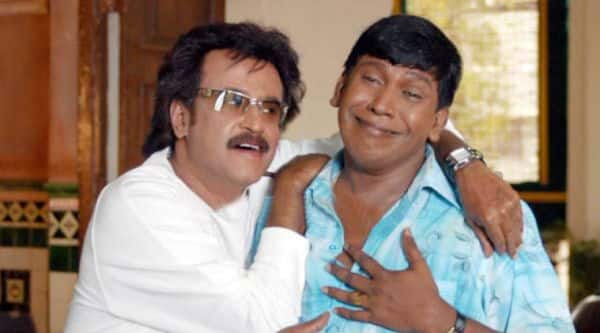 Contractor Nesamani from the movie Friends went viral across the globe because of one reply comment from an ardent Vadivelu fan. It all started when a facebook page called “Civil Engineering Learners” posted a picture of a hammer and asked it’s followers to comment the name of it in their country. An ardent Vadivelu fan immediately connected it with a comedy clip from the movie “Friends” which was released in 2001.

As it caused hilarious laughter all over the Internet, Vadivelu gave his first interview regarding this to Behindwoods. Apart from talking about the character Nesamani, Vadivelu also talked about the problem in the making of 24-m Pulikesi which is a sequel of blockbuster period-comedy movie 23-m Pulikesi. Director Shankar who produced the first part is producing the sequel as well.

Vadivelu said that Chimbu Devan who is directing the movie terminated the personal make up man of Vadivelu. “He always asking me to do what Shankar said to him. Who is the director of the movie ?? Shankar or Chimbu Devan ??” Vadivelu asked in the interview. This interview created outrage in the industry where people are opposing Vadivelu’s statements one after another. Earlier producer T.Siva warned Vadivelu not to talk ill about the producers. Then Director Naveen condemned Vadivelu for the way he accused Chimbu Devan whom he assisted in 23-m Pulikesi.

Now director Venkat Prabhu in his statement said that a director is the captain of the ship.’ He also asked him to respect the creators. 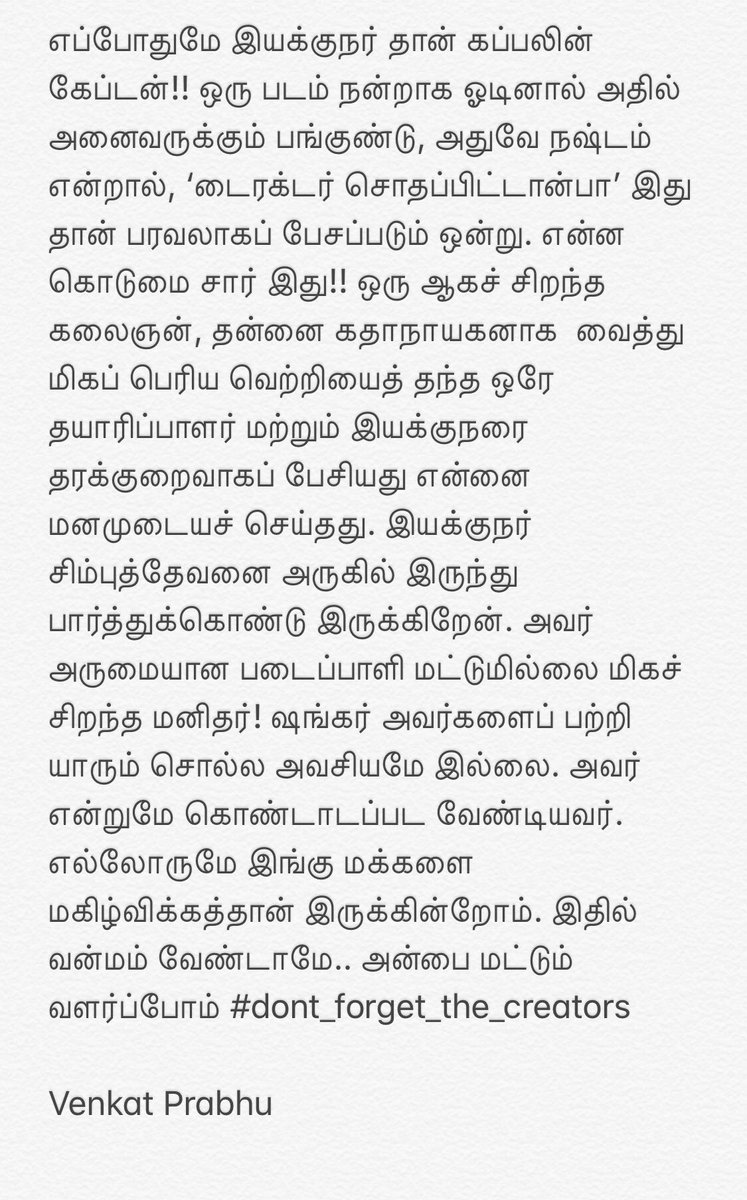 Watch the interview of Vadivelu here :

Vadivelu reported in Behindwoods interview that he is going to feature in Netflix as one of his upcoming project and said that he is called by Hollywood production companies. He said that he is done with the “Panchayat” style interrogations in Tamil film industry.  The actor thanked every meme creators for the reach of Nesamani at the end of his interview.

What do you think on this condemn of Venkat Prabhu ?/ Comment your views below !!