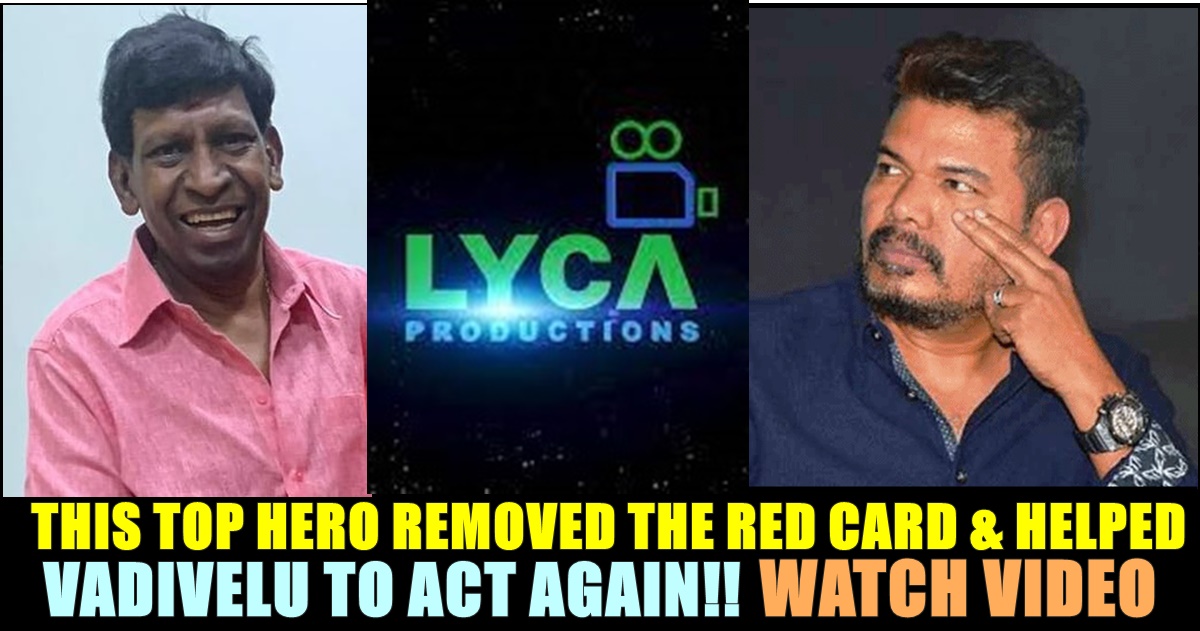 The Kollywood director V Sekhar in an interview with IBC Tamil reveals the truth behind the removal of Vadivelu’s red card by the director Shankar and Lyca Production.

V Sekhar is an Indian film director and writer who works primarily in Kollywood movies. On September 5 in the interview with the IBC Tamil (formerly the International Broadcasting Corporation in the Tamil language), V Sekhar spoke about Vadivelu’s red card issue and revealed that Kamal Hasaan was the one who helped the legendary comedy actor from the grief.

Director Shankar filed a case against the actor Vadivelu in Tamil Film Producers Council (TFPC) in November 2017.  The controversy started when Vadivelu as per the crew refused to cooperate during the shoot of the movie Imsai Arasan 23 aam Pulikesi-II. It brought revenue losses since the producer S Picture, run by Shankar, had to pay for the sets even on non-shoot days.

According to reports, after three years Vadivelu and Shankar sorted out their indifferences after talks with the representatives and office-bearers of TPFC. On the other hand, reports also said that the producer and actor reached a resolution since Vadivelu has been booked in a movie to be produced by Lyca Productions and the production house is also funding Shankar’s Indian 2. Hence, Lyca Productions reportedly held talks between both parties and reached a mutual agreement.

The differences started between Vadivelu and the film team after the actor demanded a hike in his pay and demanded the crew to change a song that was initially approved by him. He also reportedly refused to work with supporting actors fixed by the team and demanded the crew to give him his customer. It is also said that between August and November 2017, the crew only shot for 10 days but they paid the rent for the remaining days which forced Shankar to move to TFPC.

Currently, on the 5th of September, an interview video of V Sekhar was uploaded by International Broadcasting Corporation Tamil (IBC Tamil). In the interview director, V Sekhar revealed that it was Kamal Hasaan who helped to bring the red card issue of Vadivelu to an end. He further praised the goodness of Kamal for solving the problem by requesting director Shankar and Lyca Production.

The statement of V Sekhar’s discloser of the role of Kamal Hasaan in helping the legendary comedian is doing viral among netizens especially among the fanatics of Ulaga Nayagan.

Check below the comments by the netizens.

Vanitha Vijayakumar Trolled Lakshmy Ramakrishnan After Hearing About Her BIGG BOSS Entry !!
Internet Baffled After Man Tried To Insert His Pen*s Into His Girlfriend’s Ear!!