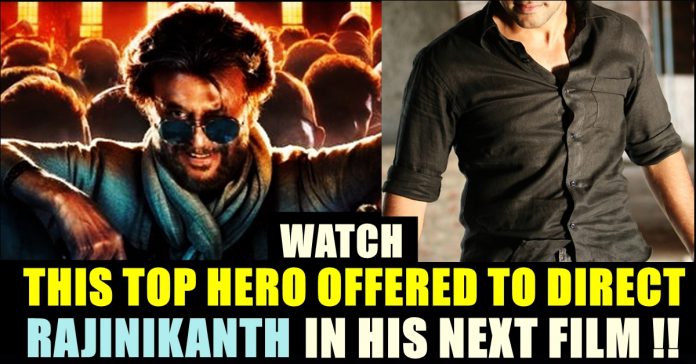 He was last seen in Karthick Subbaraj’s “Petta”, is next to be seen in A.R Murugadoss’s “Darbar”. The film’s shoot was completed and the trailer of it released recently. It has Lady Superstar Nayanthara in the female lead. Meanwhile the next film of the Superstar was also announced his next film with Sun Pictures.

The film which is tentatively titled as “Thalaivar 168” is going to be directed by “Viswasam” fame Siva. Director Siva is known for his commercial blockbusters such as Siruthai, Veeram, Viswasam etc. Fans are expecting for a “Padayappa” kind of commercial film from this combination which is evident in social media.

Meanwhile rumours are doing rounds that Superstar is going to act two more films with Lokesh Kanagaraj and Gautham Vasudev Menon respectively. Now one of the leading heroes of Malayalam film industry Prithviraj who made his directorial debut with Mohan Lal, has revealed that he was offered an opportunity to direct Superstar Rajinikanth.

Prithviraj is known among Tamil audience for his appearance in films like Mozhi, Saththam Podathe etc. He is considered as one of the top actors of Malayalam cinema who ventured in directing through “Lucifer”. The film went extremely well in the box office as fans of both Prithvi and Mohan lal celebrated the film.

In a recent interaction with his fans, Prithvi has revealed that he was offered to direct a film by having Rajinikanth in the lead. The actor/director regretted for missing the opportunity as he got his dates locked for another film named as “Aadujeevitham”.

In the interaction Prithvi told that he wrote a long apologize letter to Rajinikanth and added that he never thought he would write such letter to someone in his life. It is notable that Prithvi Raj’s Lucifer is the highest grossing Malayalam film ever. Watch the video of the actor revealing the incident below :

This news surprised the internet and the fans of both the actors are regretting due to the fact that the project is not going to happen in future. Meanwhile fans are also wondering what might be the script of Prithvi Raj and Rajinikanth’s project was about.

.What do you think on this fact revealed by the actor ?? Comment your views below !!

This Gesture From Indian Railways For A Woman In Her Periods Winning Hearts !!

Getting your period while in transit is nothing less of a disaster. Especially when the cramps hit you, adding to the discomfort. If a woman...