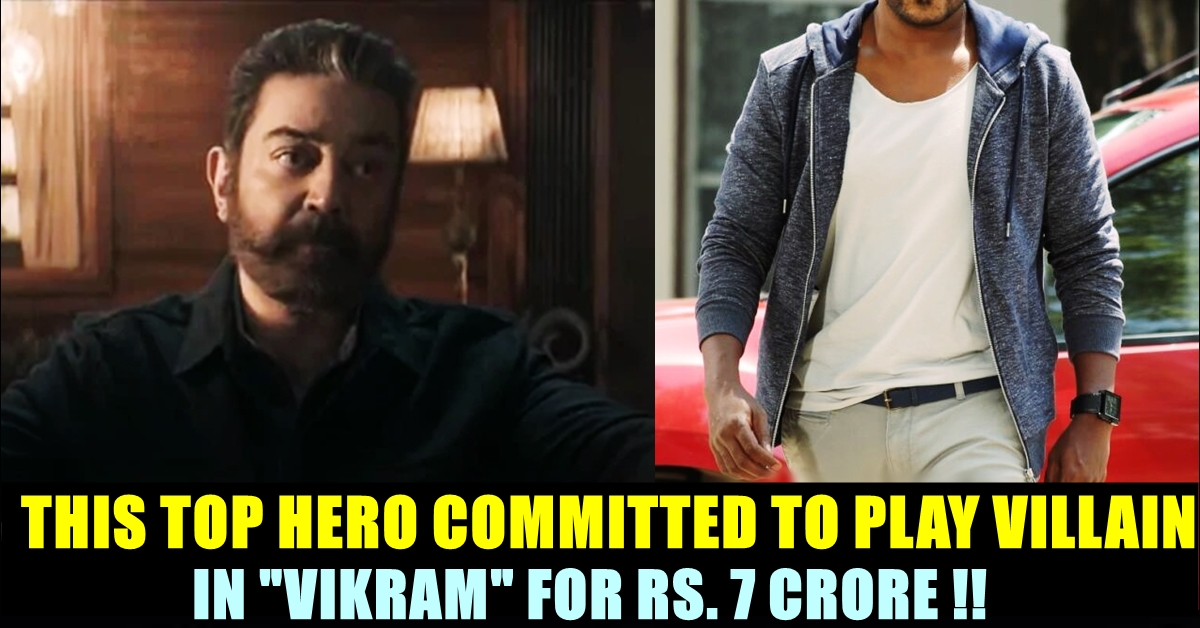 One of the most awaited films in Tamil film industry post COVID 19 pandemic is Kamal Haasan- Lokesh Kanagaraj’s “Vikram”. The film’s title teaser which got released on the 66th birthday of the “Ulaganayagan”, became a huge hit among fans and created a huge anticipation among them. The teaser has garnered 15 million views in youtube so far. Now, as the lead actor who is also a leader of a political party named “Makkal Needhi Maiam”, got busy with the upcoming assembly election, Lokesh Kanagaraj is busy completing the pre production works. Now, reports on one of the important casts for the film got surfaced in the Internet.

“Vikram” which is going to be directed by Lokesh Kanagaraj, is going to have Sathyan Sooryan as the camera man. Philomin Raj handles the edit whereas Anirudh Ravichander is going to compose music for the film. Kamal Haasan bankrolls the film under his own banner Raaj kamal internationals.

The title teaser showed Kamal Haasan welcoming a number of policemen and politicians with deadly weapons. “Vikram” became the first Tamil feature to have a 142 seconds long motion video teaser just for the release of the title. Director Lokesh Kanagaraj who identifies himself as an ardent fan of Kamal Haasan, was lauded by his colleagues and by the fans of Tamil cinema for the work he pulled off in the teaser by having Kamal.

A report of Valaipechu youtube channel has said that the “Muni” actor got committed to play the role for Rs.7 crore. He reportedly gave 27 days of call sheet for his portion in “Vikram” whereas Kamal Haasan has provided 33 days. The movie journalists of Valaipechu said that Lawrence has been receiving Rs. 20 crore as salary to play lead roles in films and wondered why he accepted to do the antagonist role in “Vikram” for just Rs. 7 crore.

It is notable that Kamal Haasan offered Raghavan Lawrence a role in one of his upcoming projects named “Thalaivan Irukkindraan” earlier and the “Kanchana” actor turned it down due to date issues. In 2019, while clearing the air regarding a statement he made Lawrence said “I would never think of harming Kamal sir. He offered me a role in one of his upcoming films and I couldn’t do it as I was committed in a film named “Kaala Bhairavaa” Lawrence said at that time.

Here’s the video of the same :

Movie Reviewer Prashanth Exposed A DMK Member Who Cheated Rs. 57 Lakh From His Father !!
“I Can’t Believe You” Popular Film Producer On Prashanth’s Accusation Against DMK !!