Aditi Rao Hydari is an Indian actress and singer who works in Hindi and Tamil films. She made her on-screen debut in Malayalam film industry with the film Prajapathi in 2006. Aditi has also worked on a few Telugu films and on a Marathi film. She rose to fame among through the films of legendary filmmaker Manirathnam. She is very well known for appearing in Chekka Chivantha Vaanam and Kaatru Veliyidai. The actress made shocking statement recently while interacting with an online website. She said that she stopped doing a Google search for herself anymore after she stumbled across some indecent images of her on the web.

The actress narrated how she Googled herself and was shocked to find her backless pictures from the film all over the web. “Once I googled myself and came across some not so pleasant images with bare back from my first movie. After that, I consciously decided to never Google myself again,” she said in a talk show she participated recently. 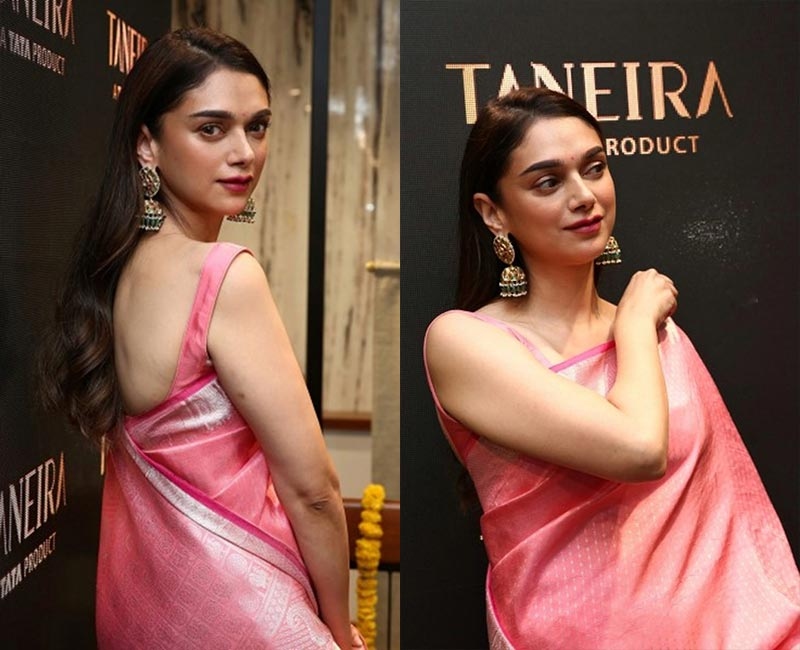 After having done two films with ace director Mani Ratnam, the angelic beauty Aditi Rao Hydari signed on for a film with maverick director Mysskin. Titled Psycho, the film also has Udhay Stalin and Nithya Menen in its cast list, and has the services of ace technicians such as Ilayaraja and PC Sreeram. In an extensive recent chat with the pretty woman, we covered a lot of topics with her, starting of course with Psycho.

Aditi says, “Every director has his own style and they’ll mostly stay true to that. Mysskin sir likes the twisted stuff and his sensibility and vision veer towards dark themes. There is a lot of thought involved in his films; he likes to show uncomfortable things. Psycho will also fall in his space. Though it’s a dark film, there is so much aesthetics and ‘art’ in the way a frame is lit and shown on screen. Art is ultimately all about aesthetics.”

In 2005 and 2009, it was reported that she was married to Satyadeep Mishra, a Bollywood and television actor. The actress had declined to comment on her marital status in a 2012 interview but in a 2013 interview she mentioned that they were separated. Hydari had met Mishra at the age of 17 with whom she had her first serious relationship. She married him at the age of 21 but kept the marriage a secret when she debuted in Bollywood. Although separated, the two are close friends and have kept in touch over the years.

What do you think on this statement of Aditi ? Comment your views below !!