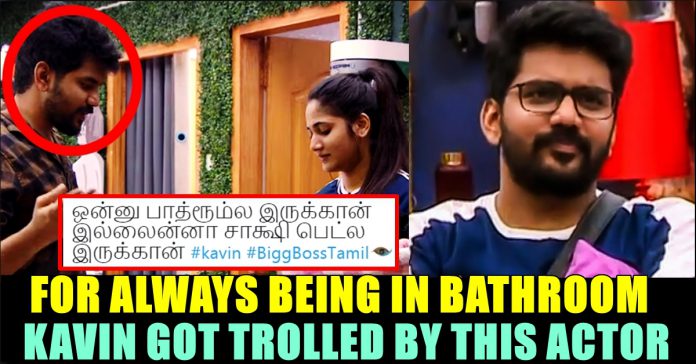 Kavin who is one of the very well known contestants of the BIGG BOSS show before entering the house has became the topic in social media platforms for not so good reasons. In the very first episode, Kavin declared that all the four young girls in the house are his lovers. Though it looked funny initially, viewers started getting irritated on seeing further activities. The way he tries to be a good person to everyone inside the house gained him no good name among the housemates and among the audience as well.

Comedy actor Sathish who is following the show since first season trolled Kavin hilariously in his official twitter account which is receiving positive comments from his twitter followers. In his tweet he asked “எப்பொழுதும் Bath room ல் இருப்பது

As per Sathish’s tweet, In Bigg Boss house, Kavin was mostly seen in bathroom interacting with his co-contestants, particularly girls such as Losliya, Sakshi, Abhirami etc.

Check out some of the reactions for Sathish’s tweet :

Kavin himself made his name worstu.. Before BB I like him but after he enter bigboss, I hated him.. 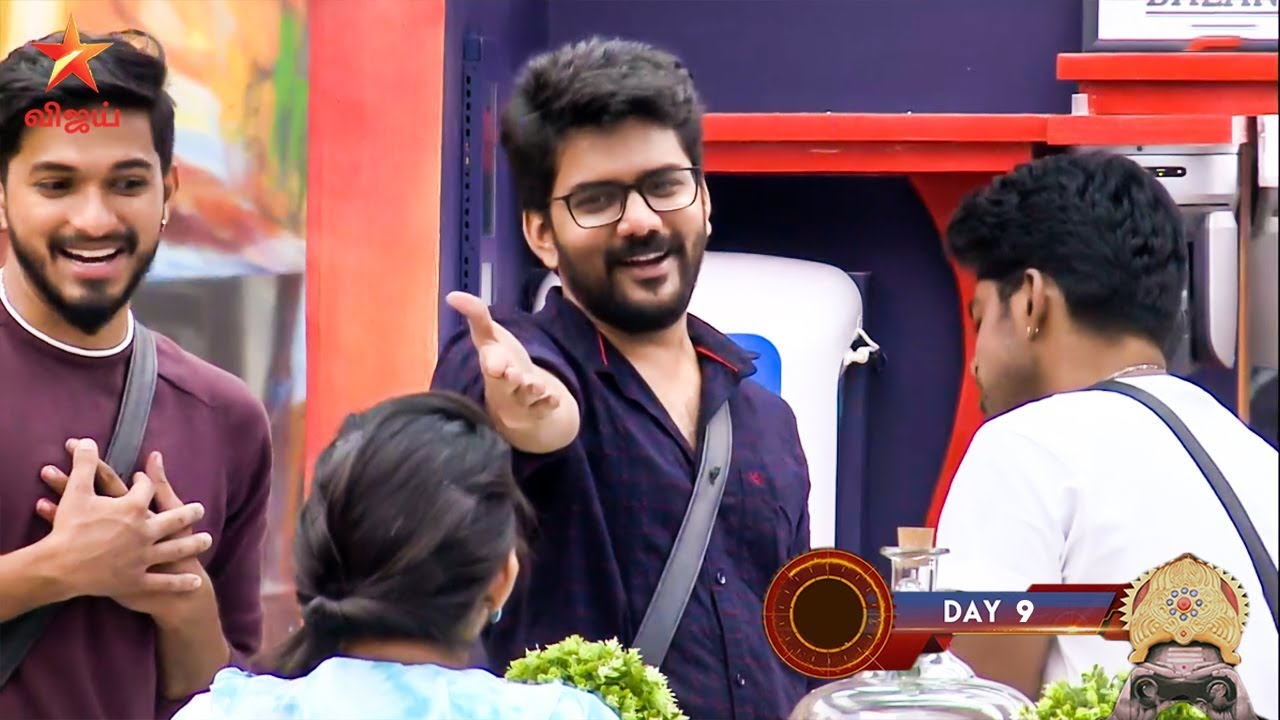 It maybe one of the strategy of Kavin to get rid of nominations from the majority number of housemates. We have to wait and see what Kavin is actually planning for. The third season of Bigg Boss Tamil started on June 23. Having run for two weeks since, only one elimination has taken place so far. With the housemates rooting for the elimination of Madhumitha and Meera, it was Fathima Babu who was shown the exit gate by the people on last sunday’s episode.

“Kavin Supports Tharshan Only Because Of The Claps” Says His Best Friend !! SHOCKING INTERVIEW !!

Raju who worked with Kavin for a very long time has appeared in an interview regarding Bigg Boss, especially regarding Kavin. In the interview,...