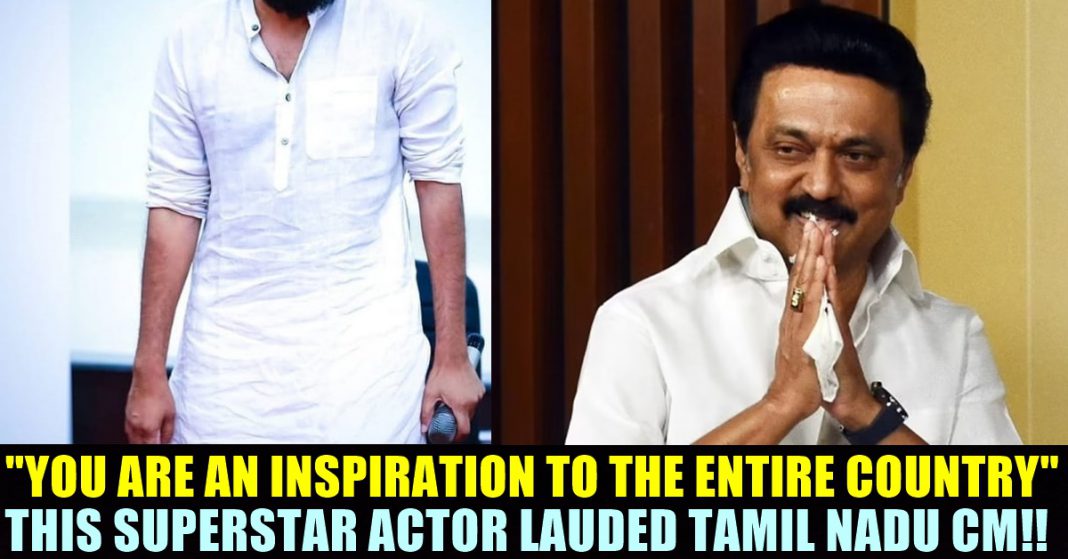 Pawan Kalyan is a famous actor in Tollywood. He is the younger brother of actor Chiranjeevi. He made his debut in the film industry in the year 1996. He is fondly called Power Star by his fans. He made his political venture in the year 2008. He joined as the President of Youth Wing in Praja Rajyam Party founded by his brother Chiranjeevi. When the party allied with Congress, he left the party. Pawan Kalyan founded Jana Sena Party in March 2014. He is also part of various philanthropic works.

Right from the moment, M K Stalin took the oath as Chief Minister of Tamil Nadu, he has made many heads turn to his side. People have been curious about his Governance. Schemes like free bus tickets for women and transgender, Non-Brahmin Priests, petrol price reduction, and other health and welfare schemes have added laurels to the Government. In recent times, many people have started to observe the moves of the Government.

Many renowned people across the nation have eulogized Stalin’s commendable administrations. Power Star, Pawan Kalyan has now released a tweet wishing the chief minister and how his Government sets an example to other Governments of the nation.

In his tweet, he has said, “Any party should do politics to form the Government. But after forming the Government politics shouldn’t be done. Not just in words but you are also showing it through your actions. Your administration and your political activities are not only inspiring your state but it is inspiring the other states and political parties. Once again my hearty wishes to you.”

Many people have enthusiastically reacted to this tweet of Pawan Kalyan.

Director and Actor S J Suryah has reacted to this tweet of Power Star.

Still he praised the good things done by MK Stalin

That’s @PawanKalyan for u guys👍

Not calculated politics but value based politics🙌👏🏼 https://t.co/2VlwUcWKWG

You are right Sir

Recently @watermanofindia took a deligation of farmer leaders of the country to CM Shri MK Stalin, his instantaneous decision, issuing an official order to protect the rights of the farmers in Tamilnadu has surprised everyone. Every State shd have a CM like him https://t.co/y3O7Ps4nim

Other states political leaders started praising our CM😻 this is huge from a big star like PSPK..Thanks for those words sir..❤️ @mkstalin way to go sir..❤️🖤 we are proud🔥 https://t.co/85gcvOg1qJ