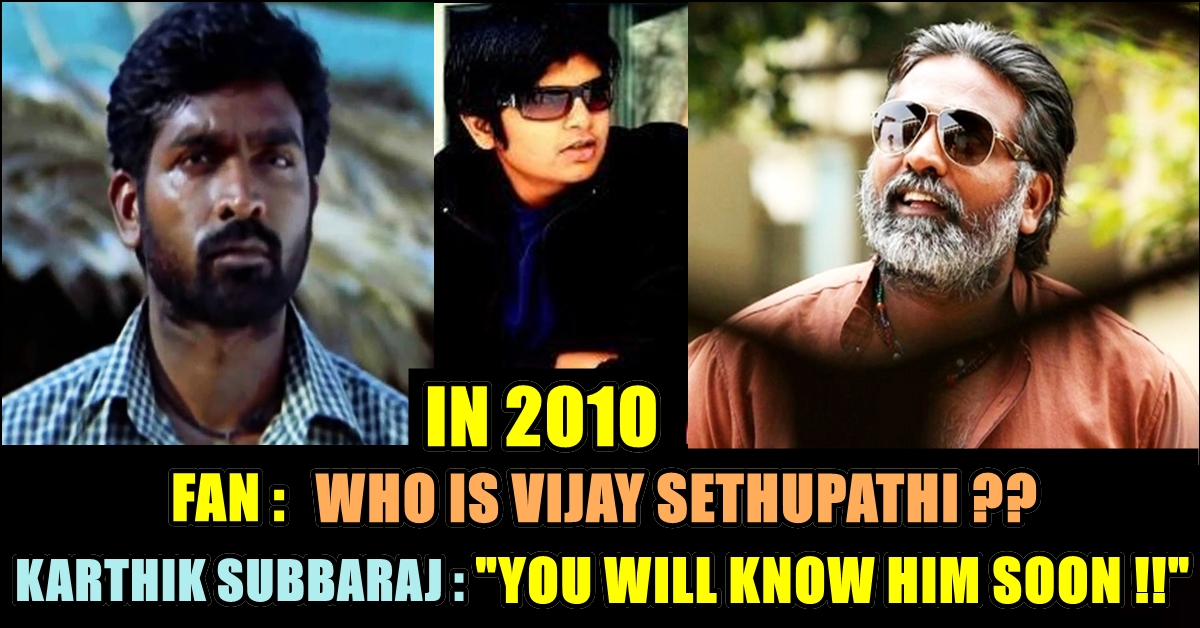 Vijay Sethupathi’s career is not only filled with success. He had struggled a lot as a junior artist for six years to establish himself as an actor with hit films like Pizza, Naduvula Konjam Pakkatha Kaanom and Soodhu Kavvum. 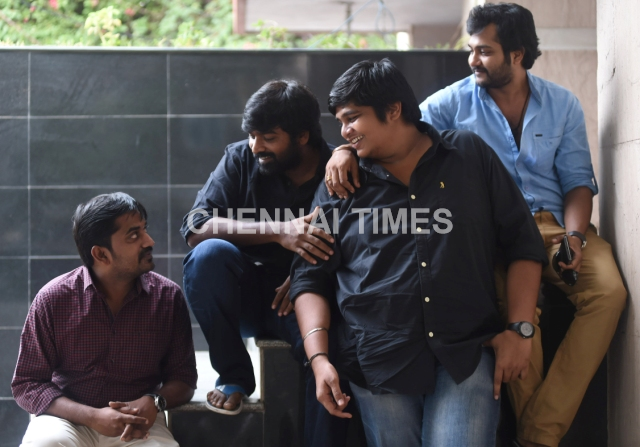 “An active man should fall down, experience bruises, pain, bloodshed and get up in his life. One shouldn’t be worried about failures, you have to fight in the battle to make sure that blood still flows in your body. Today, I see a lot of youngsters are getting offended and walk out of their job just because their boss scold them for a mistake.” said Sethupathi at one interview.

Karthick Subbaraj is the filmmaker who registered Sethu’s face among Tamil audience through his debut film “Pizza”. They has done lot of short films together before their entry into the industry. In a recent interview Vijay Sethupathi opened up about sharing screen space with Rajinikanth in Karthick Subbaraj directorial “Petta”. Apparently, he revealed that he signed the project without even listening to the script, thanks to the relationship he shares with Karthik. He said that he didn’t worry about the story because he blindly trusts Karthik.

This evidently shows the bond between the both. Now a new proof surfaced on Internet which is indeed a very old one. Vijay Sethupathi’s debut film was “Thenmerku Paruvakattru” which was directed by Seenu Ramasamy. On the day before of its release Karthick Subbaraj wrote a status in his facebook account wishing all the best to his dear friend. He wrote “‘Thenmerku Paruva kaatru’ is releasing tomorrow.Really excited and looking forward to watch vijai sethupathi on big screen…. All the best vijai…Rock the screens….!!!” back in 2010 December.

To this status one of his friend asked “Who is Vijai Sethupathi“??

The Director who is known for sharp dialogues in his films gave him a reply which has not forgotten till date. Karthik said ” You will know him soon…. :)”

Today, the screenshot of this conversation going viral in twitter. Everyone proudly sharing the confident Karthik kept on Vijay sethupathi even before his debut.

Check out the posts here :

This is called Real victory. ! pic.twitter.com/tPrQIMT2AL

Life is a Circle

@karthiksubbaraj
You Will Know him soon 😍 2010

Who is Vijay Sethupathi ?
You will know him soon 😎

And That’s some confident level, ain’t it ?? What do you think on this , Let us know your views !!

“Shrooovv” Karan Made His Entry Into Social Media !! Fans Reactions Are Just Hilarious !!
Police Filed Case Against “Dead Man” For Rash Driving !! Check What They Have To say !!