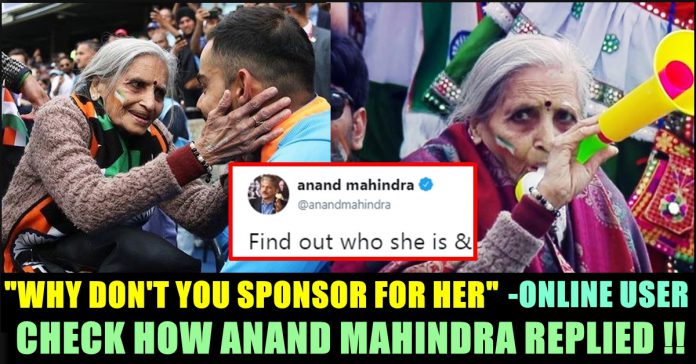 In a heart-warming gesture, Indian captain Virat Kohli and vice-captain Rohit Sharma met super fan Charulata Patel after the team’s win over Bangladesh at the Edgbaston Cricket Ground in Birmingham. The 87-year-old was spotted cheering for the Men in Blue enthusiastically throughout the game and became an overnight social media sensation. Kohli, after meeting her, took to Twitter and posted a special message calling the lady one of the most passionate and dedicated fans he has ever seen.

Also would like to thank all our fans for all the love & support & especially Charulata Patel ji. She’s 87 and probably one of the most passionate & dedicated fans I’ve ever seen. Age is just a number, passion takes you leaps & bounds. With her blessings, on to the next one. 🙏🏼😇 pic.twitter.com/XHII8zw1F2

After the match, which India won by 28 runs at Edgbaston to qualify for semi-finals, captain Virat Kohli and his deputy Rohit Sharma met Charulata Patel and sought her blessings for the matches to come. Speaking to ANI, Charulata Patel told that she has been watching cricket for last many decades, adding that she is praying for team’s success in the UK. 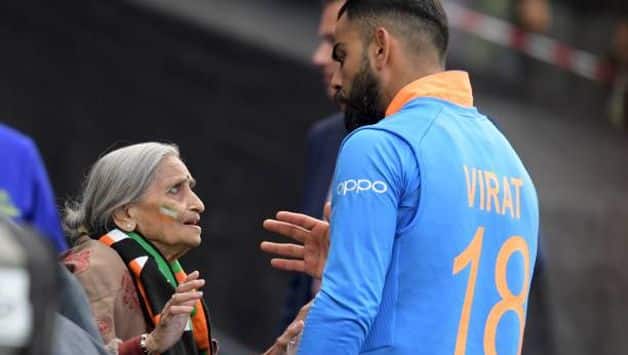 “India will win the world cup I am sure. I pray to Lord Ganesha that India wins. I bless the team always,” Charulata was quoted as saying by ANI.

#WATCH 87 year old Charulata Patel who was seen cheering for India in the stands during #BANvIND match: India will win the world cup. I pray to Lord Ganesha that India wins. I bless the team always. #CWC19 pic.twitter.com/lo3BtN7NtD

Mahindra Groups chairman, who encouraged such talents in notable occasions, saw the woman in the ground and expressed his wish to provide her free tickets for the rest of the matches India is going to play in this world cup tournament. He said when an online user asked him why don’t he sponsor her.

In his tweet he said “Find out who she is & I promise I will reimburse her ticket costs for the rest of the India matches!😊”

Find out who she is & I promise I will reimburse her ticket costs for the rest of the India matches!😊 https://t.co/dvRHLwtX2b

The fans on Twitter took no time to hail the elderly India fan, sharing her lovely pictures and videos in full enthusiasm. India sit on the second position on the points table with 11 points and their win against Bangladesh confirmed their semi-final spot with a match to go.

What do you think on this gesture of Anand Mahindra ?? Comment your views below !!