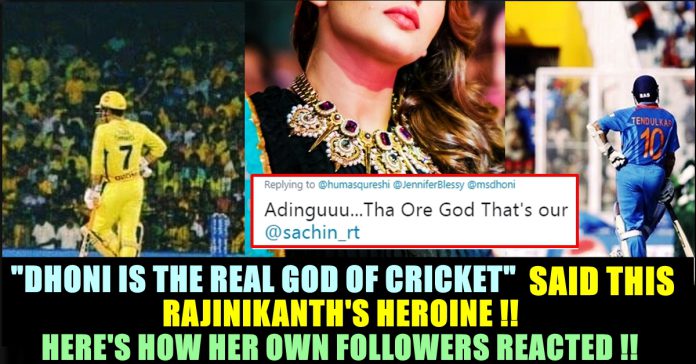 Huma Qureshi, one of the prominent bollywood actress watched Dhoni’s innings against Royal Challengers Bangalore and said Dhoni as “God Of Cricket”. Dejected followers reminded her about the actual “God Of Cricket”. Huma known among Tamil fans for her role in rajinikanth’s “Kaala” which was directed by Pa. Ranjith. MS Dhoni smashed 84 runs off 48 delivers which resulted in a failure. MS Dhoni produced one of the most impactful batting performances ever seen in Indian Premier League (IPL) history, single-handedly taking his team to the brink of victory in the RCB vs CSK IPL 2019 clash at the M.Chinnaswamy Stadium in Bengaluru on Monday night. While it wasn’t enough to get CSK over the line as RCB stuttered to a one-run win, MS Dhoni’s knock left a lasting impression on the cricketing fraternity. Not only did MS Dhoni register his highest-ever IPL score, but the CSK captain also became the first Indian to hit 200 sixes in the tournament. 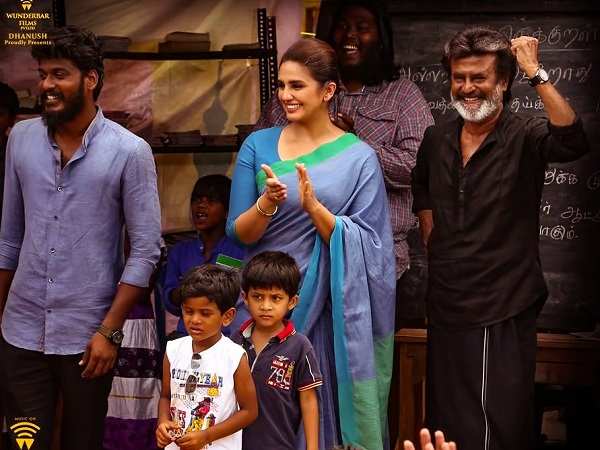 For this comment many of her own followers expressed their disappointments as thye still believe Sachin tendulkar as “God Of Cricket”. Check out some of their reactions :

One sun ,one moon , one super star and one God of cricket pic.twitter.com/kD8IT0gY6I

God of Cricket the name got already by #Sachin . One and only Sachin.

I think she started watching cricket from 2011.. Sachin Tendulkar was, is and will be good of cricket forever.. no one even close to him.. just IPL innings against a medicore bowler doesn’t justify that dhoni is equal to Sachin..

What do you think on this statement of Huma Qureshi ?? Comment your views below !!

Previous articleTroller Said “Priya Anand Is The Unluckiest Actress In The Industry” !! Check How She Shut Him Down !!
Next articleG.V Prakash Insisted On “Sex Education” To Avoid Rapes In Society !! WATCH !!

Check Out The One Indian Actress Who Took Place In The Top 10 Of Most Beautiful Faces Of 2018 !! Check Out !!

The model, who is the daughter of French footballer Patrick Blondeau and fashion designer Veronika Loubry, took out the top spot on TC Candler’s...