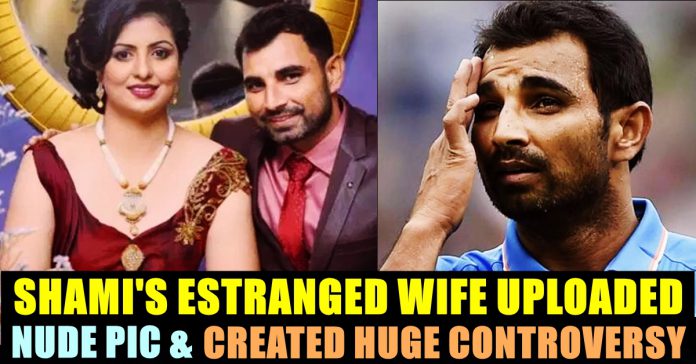 Successful cricketer Mohammad Shami’s personal life has always been under scanner. The cricketer who was accused by his wife for various reasons and the couple got estranged. Hasin Jahan accused Shami of having multiple affairs and also alleged that he and his family members made an attempt to take her life. The biggest allegation which she made was that Shami was involved in match-fixing. He was later given a clean chit by the BCCI after it conducted investigations on the claims made by Hasin Jahan.

Once again, she accused Shami of committing a fraud by hiding his correct age but this time, she posted photos of documents as proofs but that allegation also turned out to be a mere allegation. Shami happened to miss many matches and an arrest warrant was issued against him. Irrespective of these personal problems he was facing, Shami performed extremely well for the national team as a pacer. Now, Shami’s wife who is very much active in social media platforms uploaded a post which stirred controversy among the netizens.

Hasin Jahan who is a former model and cheerleader by profession, married Mohammad Shami in the year 2014. She allegedly fell in love with him during IPL matches and dated him for 2 years before marriage. She was a divorcee with two daughters at that time, according to reports. As the former couple are estranged now, Hasin is very much busy in social media platforms, especially in Instagram.

On Sunday, she created a huge controversy by uploading a nude picture of herself with Mohammad Shami. The caption which she wrote in Hindi, roughly translated as “When you were nothing, I was pure and pious. Now you are something and I am impure. Drape of lie cannot hide the truth. Crocodile tear only last long”

This post created huge controversy among the fans of cricket in India. They are accusing Hasin for trying her best to damage the image of Shami who is considered as one of a prominent players of team India. However, the former model doesn’t seem to be the one who is stopping with just one post. Mohammad Shami hasn’t responded to this viral post yet. The cricketer and Hasin Jahan gave birth to a girl child during 2015 and named it as Airaah Shami.